My Mom, Her Alzheimer’s, and Me 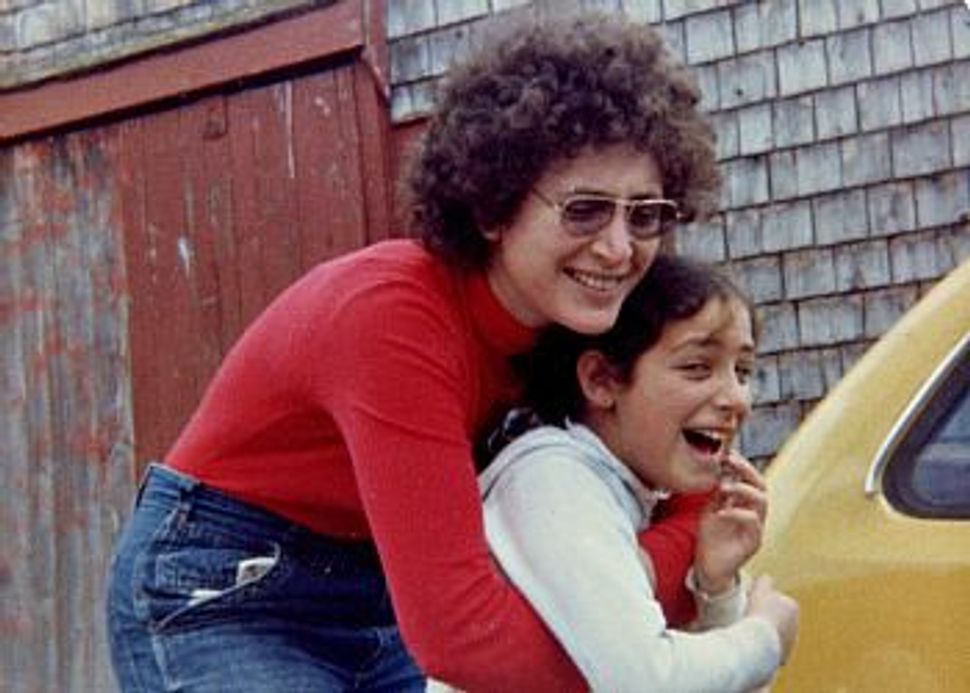 When I read Margaret Morganroth Gullette’s article about learning to cope with her mother Betty’s memory loss, Betty reminded me so much of my own mother: vibrant, engaging, talkative, left wing, a schoolteacher. And the way Betty combined unsparing bluntness about her struggles with a fierce insistence that she was really okay: lamenting the transformation of her memory into an “abyss,” and then on the other hand reassuring her daughter that she felt “perfectly well, baby.” My mother did that, too.

But unlike Gullette’s mother, who was lucid until her 90s, my mom, Midge, was diagnosed with Alzheimer’s when she was just 55 years old. It happened after a year or two of odd behavior — forgetfulness, confusion, difficulty navigating space, sudden bursts of anger. When I think about the five years between her diagnosis and death, memory loss was only part of her decline. Just as striking was her loss of language; words stuck in her throat, or came out garbled, and eventually she stopped speaking at all. She couldn’t recognize familiar objects. She thought a bottle of salad dressing was the cat. She thought a rubber band was food. She got lost standing still, and couldn’t tell how to get from the kitchen to the living room — even though she could see the living room. She couldn’t manage to go from standing to sitting, or to walk up and down stairs.

Like most families, my father, sister and I struggled to adjust to this new version of the woman we loved. We all vacillated between compassion and anger, tenderness and annoyance, patience and frustration.

A volunteer at the Alzheimer’s Society suggested that we stop arguing with my mother. I remember being upset at the idea that we would just let my mother be wrong. My family argued all the time; we rarely let things go or agreed to disagree.

But trying to convince my mother that it was evening not morning, or insisting that the kitty was outside even though my mother said she could hear her purring — there really wasn’t any point. It just made her embarrassed, angry or confused.

Another time I complained about the way my mother made a huge mess in the kitchen when she “did the dishes” and then we had to clean up after her. Well, the Alzheimer’s Society woman said, it makes her feel useful, and soon she won’t be able to do it at all, and you’ll miss that part of her. Why not let her have this one small thing?

These two pieces of advice were some of the most important guidance we received, and represent a similar approach to Gullette’s decision to live with her mother on the small islands in the abyss of her memory.

You listen to, and tell, the same stories over and over again. You agree that the kitty is being very cute even if you can’t see her anywhere close by. You make your mother’s life as peaceful and safe as possible. And by meeting her where she is, you give yourself the opportunity to experience the joy of who she really is right now. You also embrace the challenge of practicing difficult love, the kind that takes hard work and trial and error.

I would never say that I excelled at any of this, and I definitely didn’t manage to do it all the time. It’s a lot easier to live and let live when your mother is giggling at a childhood memory than when she is yelling at you to stop interfering in her life or accusing you of something you haven’t done.

As my mother’s illness progressed, she became more peaceful; she stopped being aware that she was sick, and so she was happier. Soon there was no need to remember to stop arguing, because she wasn’t speaking or moving much at all. Of course, the loss of any opportunity to argue brought its own kind of sadness. After that, the main thing was to hold her hand and smile at her as much as possible, soaking in and storing up those last little bits of physical contact.

It has been almost eight years since my mother’s death. I am grateful for the blunt advice I got when she was ill; it made my time with her so much sweeter, and it made me a better person.

Sarah Leavitt is a writer and cartoonist, and author of the graphic memoir Tangles: A Story About Alzheimer’s, My Mother and Me. More at sarahleavitt.com.

My Mom, Her Alzheimer’s, and Me