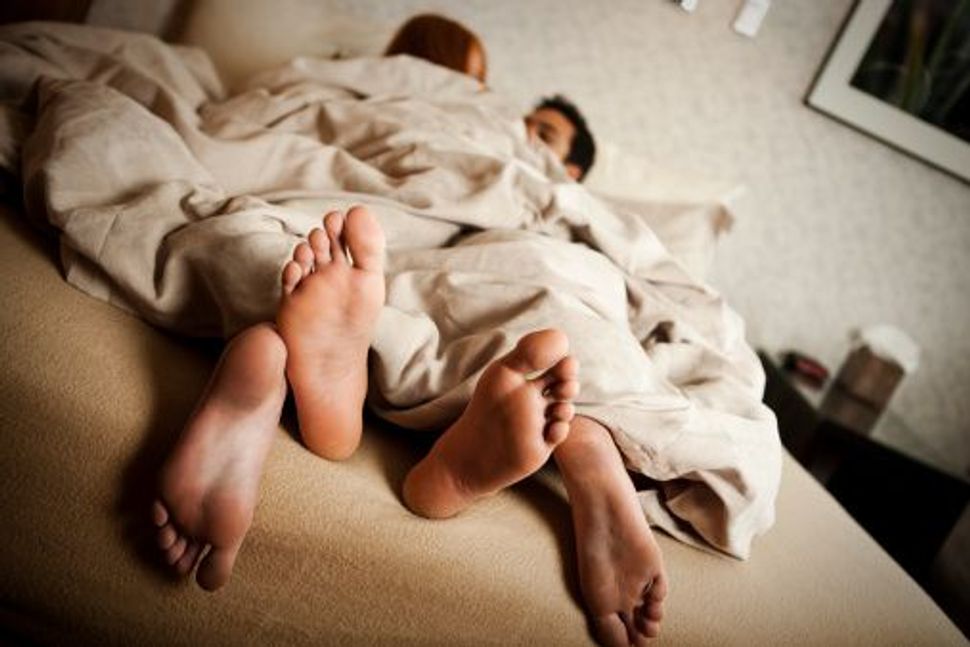 Feminist blogger and writer Jill Filipovic has written an important and overdue piece at The Guardian. She says the framework of delaying sex until marriage as somehow virtuous is screwing up American society. She argues that in fact, it may be more moral to open the discussion to include and even encourage premarital sex, which is actually what the vast majority of Americans do in practice. We shouldn’t support this view because we do it already, she writes, but because broadening the discussion will actually lead to fairer and more fulfilled lives for everyone.

Filipovic cites studies that found that educated women who work have lower divorce rates, and that couples who share housework have more sex. She concludes that feminist values of equality, not chastity, may be best for strong relationships and families, “and feminist views plus later marriage typically equals premarital sex.”

Most adult human beings naturally desire sex. And despite the rightwing emphasis on concepts like “purity,” having sex does not actually make you a dirty or “impure” person. On the contrary, sex is like most other pleasurable things in life — you can have sex in ways that are fulfilling, fun, good and generous, or you can have sex in ways that are harmful, bad and dangerous. Marriage is not, and has never been, a way to protect against the harmful, bad and dangerous potential of sex (just read the Bible if you want a few examples). Instead of fooling ourselves into thinking that waiting until marriage makes sex “good,” we should focus on how ethical, responsible sexual practices — taking precautions to protect the physical and mental health of yourself and your partner; having sex that is fully consensual and focused on mutual pleasure — are part of being an ethical, responsible human being.

Progressives are probably on board here, and this argument will never get much truck with ultra-social conservatives. But one group it’s important to introduce this argument to is middle-of-the-road American parents who — in the midst of our “Teen Mom,” Disney-starlet-gone-bad, generally objectifying culture — are likely concerned about their daughters or nieces. Why add fuel to the fire, they might think, and put more pressure on girls to be sexual?

Indeed, girls and women in our hypersexualized culture get messages to perform an exaggerated sexuality constantly, sometimes before they may be prepared to do so. In my own work with teens, I always find it upsetting when young women’s sense of self-worth relies entirely on attention from boys.

But changing the framework from “saving it ‘til marriage” will actually help solve this problem. The point that Filipovic and other feminists of our generation like Jessica Valenti continue to make is that the hypersexualization of girls and the purity and chastity obsession are in fact two sides of the same coin — the idea that “our moral compass lies somewhere between our legs.” Both ends of the spectrum objectify women, reducing them to their sexuality rather than treating them as well-rounded human beings.

So to change the framework and focus on sex as being something that’s good when its participants are willing, safe and enthusiastic, rather than verboten until a socially-imposed threshold is reached, actually begins to empower girls. The question becomes “am I ready?” and “do I want this?” rather than “should I be doing this based on what others say?” In this way, everyone can figure out his or her own personal desires, needs and standards.

I like that Filipovic urges us to consider sexual ethics, the importance of how we treat ourselves and others, instead of a false morality. I’d add the word “authenticity” to that mix, too. Maybe the young woman who is being told by her community that she must abstain has authentic sexual impulses that are being unhealthily curbed. And on the other hand, maybe the woman being pressured to sleep with a new flame has authentic concerns that make her to want to not take that step right away.

These social pressures also hold back men and those in same-sex relationships. Encouraging individuals to be able to see past the socially imposed “should” and into their own reality is crucial. But that will never happen until we get beyond the abstinence-until-marriage idea that is weighing down our cultural discussion.