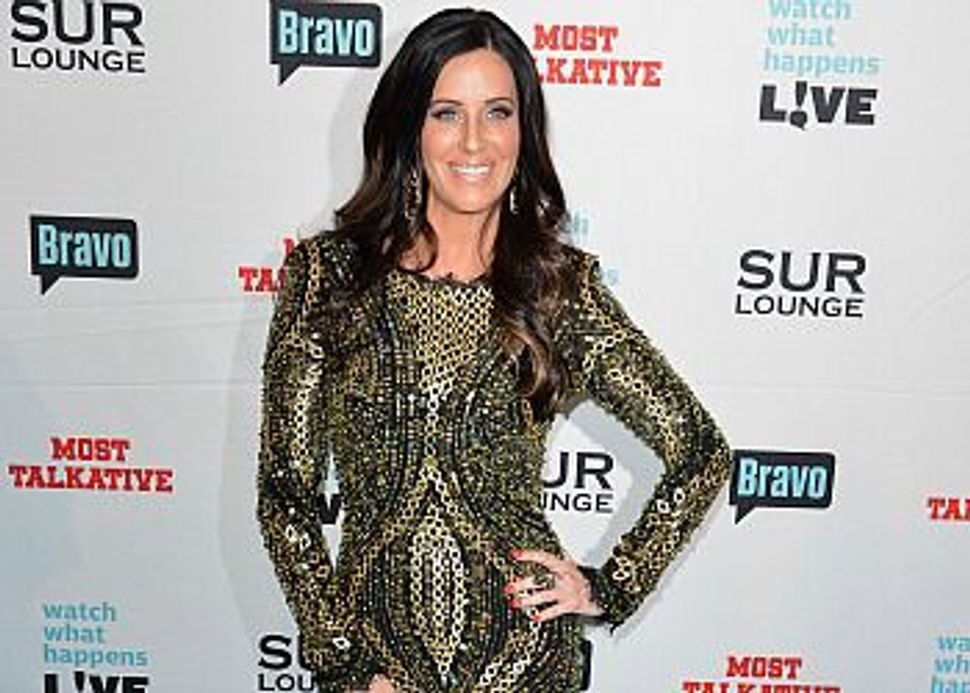 When it’s approaching 1:00 a.m. and I’m simultaneously going through OkCupid profiles, receiving texts from someone entered in my phone as “Jason LES?” and wondering at what age I should consider freezing my eggs, I yearn for the days when matchmakers were the norm. My mind drifts back to the Eastern European shtetls. “Matchmaker, Matchmaker,” from Fiddler on the Roof, begins to play in my head. Then, before I even get to the verse about being potentially betrothed to a drunken wife-beater, I see Patti Stanger flash across my TV and realize that a modern matchmaker won’t necessarily solve my dating woes.

Unlike the many reality television stars that fill my viewing hours, I have a complex, emotionally-charged love-hate relationship with Stanger, a Jewish New Jersey native who has her own Bravo reality TV show, “Millionaire Matchmaker.” Each episode features millionaires who generally all want the same thing: a hot chick of various hair color and breast size with the IQ of a grapefruit who will mother them and provide round-the-clock sexual favors. My friends and I watch the series not to ogle millionaires, but to see Stanger execute her romantic proscriptions as decisively and meanly as the Soup Nazi doles out cheddar broccoli chowder.

Entertaining as she may be, spend a little time with Ms. Stanger and you’ll realize there are more intelligent reasons to dislike her than there are cocktails thrown in a single season of “Real Housewives.” In one talk-show appearance, Stanger said that single women in New York were too brainy and intimidated men of marriage material; gay men had unmanageable libidos that made them ill fit for monogamy, and Jewish men lie. Most recently, her attempt to explain the Will Arnett-Amy Poehler divorce not only demeaned both parties, but also offended anyone who liked good comedy and/or feminism. Arnett’s primal instincts, Stanger argued, prevented him from accepting his wife’s greater success; moreover, since Poehler had achieved so much professionally, she probably wasn’t paying enough attention to the old hubby, anyways. Stanger’s analysis includes at least a dozen points that are either ludicrous or based in really bad pop science.

Of all her dating principles, perhaps the most troubling to me is her message that the greater a man’s financial success, the greater dating selection he has, and the more physically attractive a woman is, the more suitors she has. When I watch Stanger dismiss thin girls for being too fat and tell women to straighten their hair and moisturize before they show their faces to “my millionaires,” I’m filled with self-disgust for watching her show in the first place. Aside from completely clashing with my feminist values, Stanger’s dating morals destroy whatever hopes I have for finding a non-superficial, semi-compassionate, half-decent-looking man that hasn’t already been crushed by reading the works of Tucker Max.

For example, Stanger emphasizes that women shouldn’t expect men to love them just the way they are; men are superficial and women’s options improve if they forswear beer and bagels. Is Stanger promoting conventional body image pressures and indulging misogynistic shallowness? Absolutely. And yet, as Helen Fielding’s “Bridget Jones” so eloquently describes them, female “stick insects” probably attract more men and with greater ease by getting over the initial, superficial hurdle of physical appearance. Conversely, many women are proud to be financially independent and want much more from a man than materialistic displays of affection. But are some women more likely to go on a second date with a guy who treats them to a dinner than one who goes Dutch over coffee? Yeah.

Underneath all of her ridiculous offensiveness, Stanger pushes her clients — and her viewers — towards these uncomfortable, politically incorrect, ugly dating realities. Above all, she teaches that you have to be realistic and prioritize what you want in a partner, because you can’t have it all. Ironically, for a woman who professes to be a specialist of love, her redeeming quality may be that she quashes notions of free-flowing, all-accepting, fairy tale romance and pushes hard-nosed, logistical, nuts-and-bolts advice to foster chemistry and build connections. I’m still wondering how to tease out the hard kernels of truth from Stanger’s often sexist and anachronistic approach to relationships. But, as with anything in romance’s realm, it’s complicated.