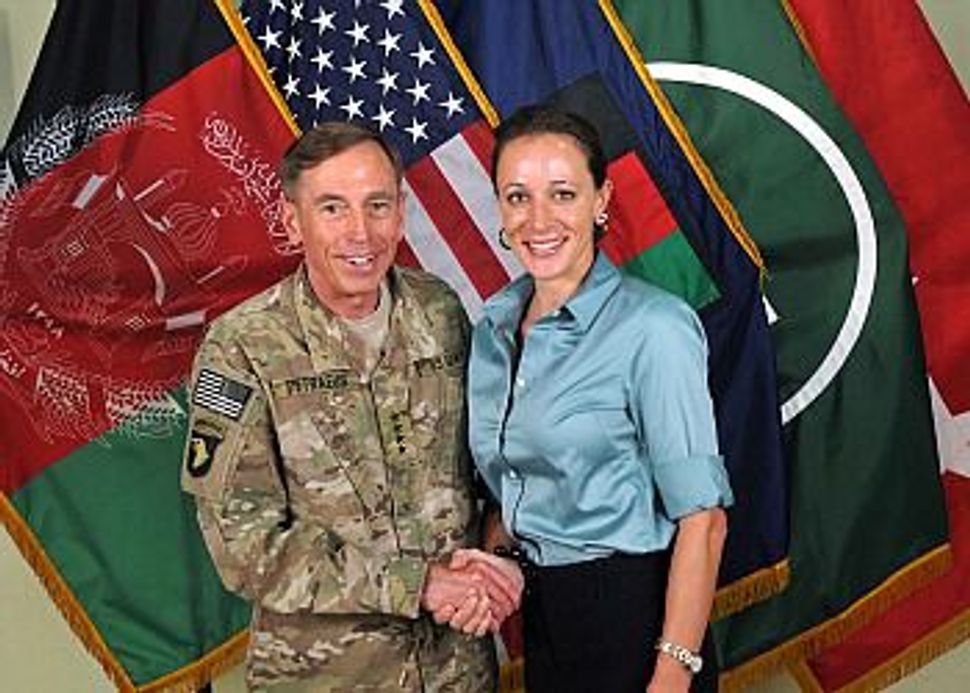 Something important has gone unnoticed amid the chatter about the titillating revelations of an affair between four star General David Petraeus (he of the name worthy of the leader of ancient Greece’s military forces, never mind the United States’) and his fawning biographer, Paula Broadwell.

And that is the fact that there was a tremendous power imbalance inherent in the relationship between Petraeus, who on November 9 stepped down as head of the Central Intelligence Agency as a result of his affair coming to light, and Broadwell, a lieutenant colonel in the army reserves.

New York Times columnist Frank Bruni astutely observes journalists’ tendency to describe the women in these all-too-familiar tales as the temptresses who no man could truly resist. He points out that The Washington Post wrote of Broadwell’s “form-fitting clothes” and The Daily Beast of her “expressive green eyes.”

The headline of The Washington Post story that weighed in on Broadwell’s wardrobe asserted that he “let his guard down,” a phrase that portrays him as passive, possibly even a victim. The story notes that his former aides considered him “the consummate gentleman and family man.”

It goes on to say that Broadwell was “willing to take full advantage of her special access” to him.

An article in Slate asked “how could he — this acclaimed leader and figure of rectitude — allow such a thing to a happen?” The italics are mine, because the verb is a telling one. “She went a bit ga-ga for the general,” the article later observes, adding: “She may have made herself irresistible.”

The point that has gotten lost in all of this, one which should be widely understood to be true but sadly is not, is that it does not matter one whit that Broadwell may be such a hot, well, broad.

But the more-powerful person in the dynamic (which is usually, but not always, the man) has a responsibility to be aware and mindful of the inherent power imbalance.

Yet he rarely is. When President Bill Clinton’s 1995-1996 affair with White House intern Monica Lewinsky came to light, the focus was on stained clothing and his lying. She, too, was widely portrayed as an irresistibly sexy temptress and he as a powerful leader who succumbed to her wiles and then lied about it.

I first became aware of the centrality of this power dynamic when reporting on rabbinic sexual misconduct with congregants, for a series I wrote for JTA in 1996, called “When Rabbis Go Astray.”

Time and time again, congregants came to the defense of their rabbi, who had usually targeted a vulnerable woman who had come to him for counseling on one matter or another. Both men and women argued that the woman in the affair had targeted him. They almost never faulted the (male) rabbis who held the balance of emotional and psychological power.

There is still little talk of this dynamic — which illustrates that there remains no appreciation of its fundamental role in human relationships. Until it is widely acknowledged, these inevitable affairs will continue to wrongly identify who involved really holds the keys to the seduction.