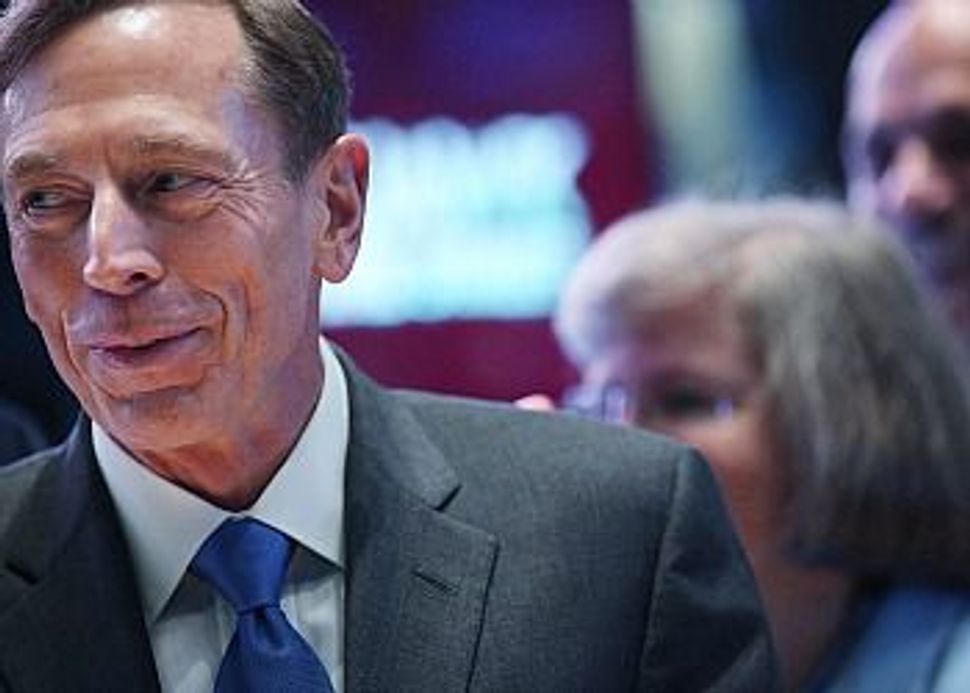 A media narrative is beginning to emerge around the extramarital affair that has ended the career of former CIA director and General David Petraeus, and may indeed tar the reputation of other top military officials including General John Allen.

There are three men and three women in the love-and-betrayal triangle — err, quadrangle, err, hexagon thus far. There’s Petraeus, his biographer-turned paramour Paula Broadwell, Jill Kelley, a Petraeus friend who received threatening emails from Broadwell, and Allen, a general who apparently flirted over email with Kelley. Also among the cast of characters is a “shirtless FBI agent” and Petraeus’s wife, Holly.

The parties involved come off as immature, maybe a little pathetic, and the “scandal” is far more deliciously weird than sordid. Meanwhile, dozens of real unanswered questions about the investigation into the love shenanigans remain.

But Petraeus, this central character, is a military man with whom the corporate media had been accused of carrying on a love affair — a love affair now cut short by his love affair.

That reverence perhaps explains why the press showed an early eagerness to relieve Petraeus of blame by engaging in a little old-fashioned slut shaming. A few instances:

*Chuck Todd tweeted that Kelley “drove folks” to do things — rather than said folks did things themselves.

*Reuters ran a headline saying that “Three women intertwined” in the downfall of Petraeus.

*Pat Robertson declared that it wasn’t Petraeus’s fault because Broadwell threw herself at him, and what could he do?

*Others are coming out of the woodwork talking about Petraeus’s “honor” and the difficulty of resisting a younger woman hell-bent on seduction.

By documenting this double-standard, I am not trying to absolve anyone or act as a moral scold. The women in this story are grownups, and Broadwell is culpable for her occasionally boneheaded actions. But Petraeus, her dramatic foil, is a powerful man who arguably risked his entire career, as well as the security of his staff, for some nookie. Instead of painting him as a rational and powerful person who made a knowing and foolish decision to engage in an affair, pundits who lay the blame at her feet act as though somehow this “great” man — who led thousands of soldiers into life-threatening situations, sometimes to their deaths — couldn’t handle himself around a woman in tight clothes. In this framework, Petraeus seems to be bereft of agency in the affair, hapless, a mere spider caught in Broadwell’s net.

But if he’s such a helpless spider, why was he entrusted with so much power? The two sides of the story don’t add up; the weak-willed man who couldn’t resist feminine wiles, the decisive and mighty general who had been lauded for so long.

As Buzzfeed’s Michael Hastings wrote in a must-read (fabulously NSFW) takedown of Petraeus the general (not Petraeus the man), “his first affair — and one that matters so much more than the fact that he was sleeping with a female or two — was with the media.” Hastings goes on to describe a circle of media enablers who sold Petraeus, and his disastrous “surge” policies overseas, to the public and the politicians in power. Among them was Broadwell.