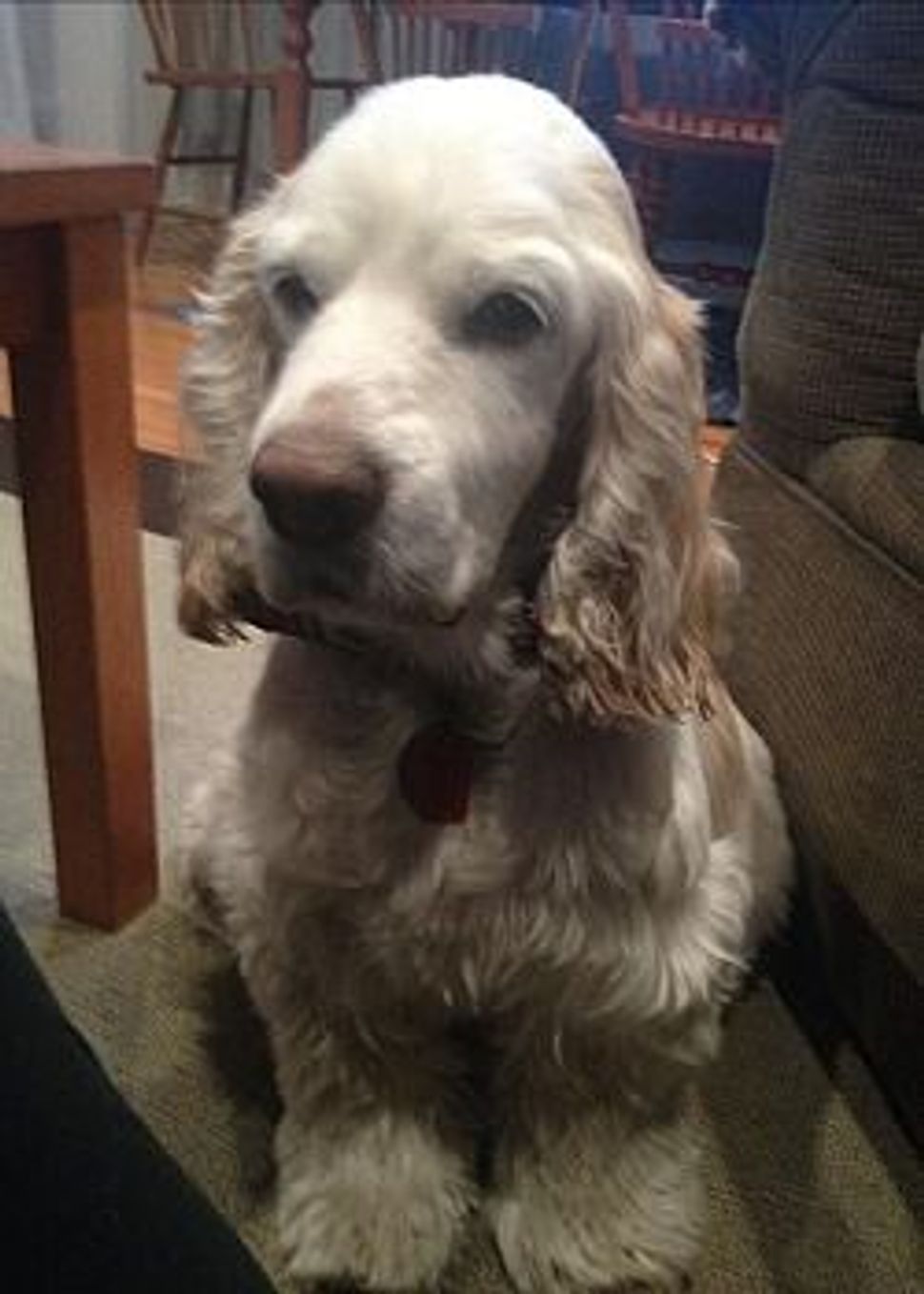 I’m at that age when friends are becoming grandparents, and I hear a frequent refrain from them: Besides adoring their grandchildren, they express joyful wonderment at seeing their children become parents.

I’m not ready for grandchildren yet. But I’m going through a similar experience at the other end of life, watching one of my daughters manage the death of her beloved dog.

By the time you read this, he will be gone. His death — the euphemistic “putting down” — was on Friday, scheduled with care and deliberation. It’s been clear for months that the tumor on his heart was inoperable and the accumulation of fluid in his belly, making him appear as if he were pregnant with quadruplets, was the only part of him that was growing. His torso and limbs were skinny with deterioration, his gait awkward and his anxiety managed by an ever-increasing dose of drugs.

But my daughter said he never lost his sweetness and goofy enthusiasm. He had always been her dog. Our family had other pets — dogs, cats, fish, a pair of smelly, constantly procreating guinea pigs — but after going through a rough patch in high school, my daughter wanted her own dog and she deserved it.

A former nanny found him on Craig’s List, a scruffy English cocker spaniel several years old. He hadn’t been abused, but he was badly neglected and in need of rescue, with matted hair and an untreated ear infection that would haunt him through the rest of his life. We named him Mr. Darcy, a natural for a family obsessed with “Pride and Prejudice”, but in truth his personality was the opposite of Jane Austin’s memorable character. Our Darcy wasn’t ever proud or restrained or even polite. He inserted himself in every conversation, crashed into the people he loved, raced after errant tennis balls, jumped on furniture, gobbled his food with abandon, and insisted on being the center of everyone’s affections.

Especially my daughter’s. Whenever she was home from college, he would never let her out of his sight. And when she finally was able to house him during this, her second year in a second degree nursing program, both of them were supremely happy.

And then he got very sick, with ascites caused by a tumor in the right atrium of his heart. My daughter took him for a series of tests and received the difficult news with surprising equanimity (at least in front of us). Once we concluded that we could not stop him from dying, she treated him royally — buying him a new bed, making sure he was groomed, feeding him real meat when his dog food ran out and carrying him up and down the stairs of her apartment.

She also decided when it was time to let go. That is what I most admire. We all agree that we waited too long to put down our first dog and we didn’t want Darcy to suffer the same, miserable fate. But when is the right time? When the veterinarian said it was okay? He did so weeks ago. My daughter needed more time, and she took it until she decided she was finally ready to say goodbye.

She taught herself one of life’s great lessons. As a parent, I can’t ask for more. Until grandchildren, of course.