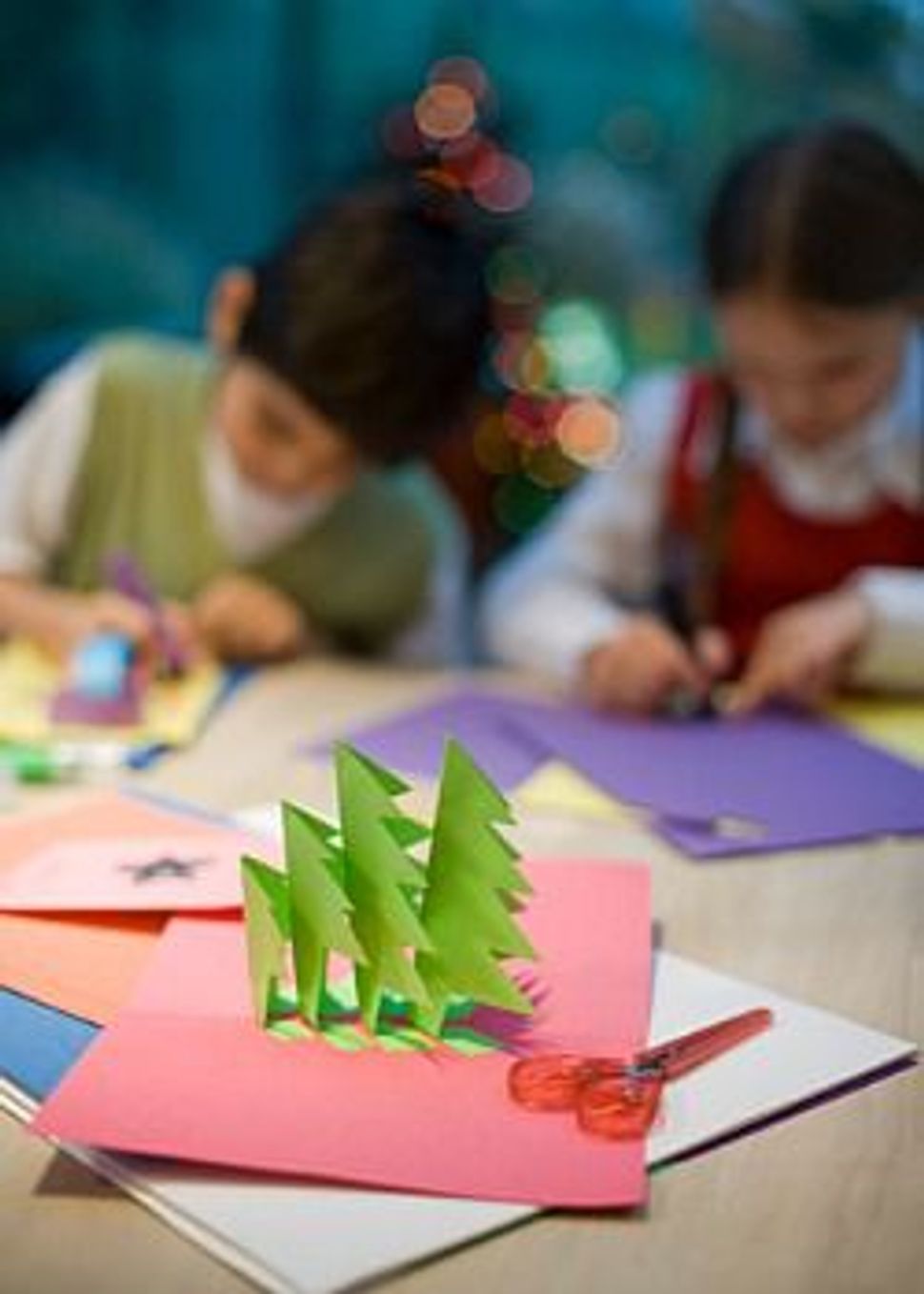 Throughout high school, college and my early twenties, I exchanged holiday cards with my friends every year. Christians got Christmas cards, Jews got Hanukkah cards, and Christians-slash-Jews got semi-humorous cards about celebrating two holidays at once. I never thought to not send cards; that was just what well-behaved girls did, like wearing slips under skirts.

And then, at some point, the exchanges stopped. I can’t identify exactly when it was, but there must have been a November when I walked past a Papyrus store and, for the first time, for some reason, did not go inside. Simultaneously, it seemed, neither a result of my behavior nor the cause of it, I stopped receiving cards, too.

I think in part it was because the further from childhood my friends and I got, Christmas grew in importance while Hanukkah returned to its rightful place as a minor holiday. Now that we were grown-ups, the Christmas-celebrators had to figure out how to fit live trees into their apartments and purchase grand and often difficult-to-source presents for each member of their extended families. The non-Christmas-celebrators got to look on in bemusement and eat latkes.

Sure, we might call or email or text each other a holiday greeting, but between adults, does anyone really expect Jews to send Christmas cards? I hope not. Do any Jews expect to receive Hanukkah cards? I doubt it.

There was another aspect to the end of my card tradition. In sending those cards in youth, my friends and I were in some sense practicing for the time when we’d be the social head of a family – when we’d be our mothers. My mom always sent, and still sends, boxes of little gifts to her friends’ children and their children. I remember her accumulating those gifts throughout the year and storing them away in the hall closet, pulling them out in December and creating festive bundles to be taken to the post office.

But she was, and is, communicating from one family to another. Reaching adulthood without a husband or children of my own, I realized I was not expected to carry on this organizational tour de force. I was only expected to do, well, whatever it is that the world erroneously imagines single women do, like go to fancy parties and climb the corporate ladder and stare forlornly at the lone carrot and bottle of wine in my fridge. My friends with children have them to concentrate on now, and the few cards I receive come from the adult recipients of my mom’s packages; they come to me as a loosely attached branch of a family, as my parents’ child.

At this stage in my life, continuing to participate in this tradition of Christian families would seem odd. And let’s face it: The holiday season is a pain. Nice cards aren’t cheap. (Unless you make them, which I did a few times, but no one appreciates that you’ve painstakingly glued glitter onto craft paper as much as magazines claim they will.) Classifying which friends get cards and which don’t is fraught with potential peril. And who keeps track of physical addresses anymore?

And so, I am blissfully free of winter obligations. When strangers’ small talk turns to braving crowded malls and putting up decorations and lying to the children about Santa, I can smile and say, “Oh, I don’t have kids, and anyway I’m Jewish, so luckily I’m spared all that!”

This feels a bit mean sometimes, but it’s true; except for quickly changing the radio station each time “Last Christmas” comes on and rolling my eyes as the world turns red and green and sparkly, I can slip through the season happily unencumbered by pressure. (Not to mention shopping bags full of presents.)

But I wonder if, when I dropped the card-sending habit, I inadvertently derailed myself from some invisible track. What if, in opting out of this social nicety, I’ve made myself ineligible for the family life it represents? No one wears slips under skirts anymore, and thank goodness for that. But somehow abandoning shiny sentiments enclosed in thick envelopes with holiday stamps gives me pause.