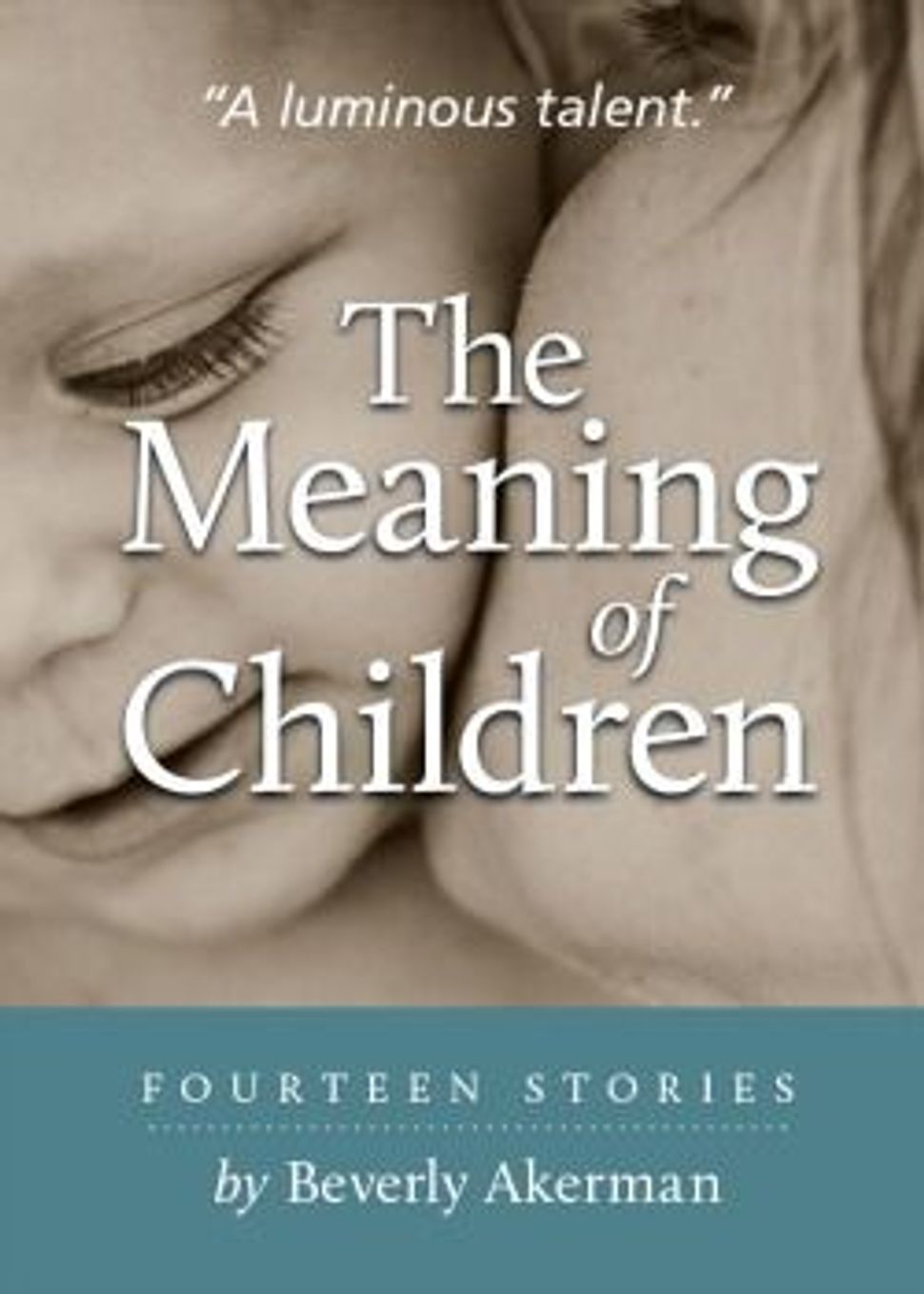 For most of her adult life, Beverly Akerman was a molecular genetics researcher at McGill University and the Montreal Children’s Hospital. But in 2003, after several years of feeling an underlying malaise and professional unhappiness, she decided to make a mid-life career switch. Following dreams she set aside for 20 years as a busy working mother of three, Akerman became a fiction writer. She published her first short story in early 2006, making her the first Canadian fiction writer ever to have sequenced her own DNA.

Akerman, a 52-year-old lifelong Montrealer, has published more than 20 stories to date, 14 of which are included in a 2010 collection titled, “The Meaning of Children.” Her fiction has appeared in Canada, the U.S. and Germany and has received numerous recognitions, including the David Adams Richards Prize, the J.I. Segal Award, nominations for a Pushcart Prize, and a place among the CBC-Scotiabank Giller Prize Readers’ Choice Top 10. Akerman spoke to the Sisterhood about her book, her hometown, her Jewish identity and her aversion to happy endings.

THE SISTERHOOD: All of the stories in “The Meaning of Children,” except for one, are written from the perspectives of girls or women. Do you generally only write from the female point of view?

BEVERLY AKERMAN: I’m a strong feminist and I don’t think that there are enough women’s stories told. Literature is full of women’s books, but not these kinds of stories… There are things that girl children go through that are interesting to me. I do have more stories now that are written from a male point of view, but I intended to write from a woman’s point of view.

To what extent are these stories autobiographical?

The child stories come from things that bothered me in my past. They were not maybe literally things that happened to me, but they were drawn from certain images from my childhood. In some cases, there are experiences of mine and of people I know in the stories. For instance, I do write a lot about foster children, and growing up my parents did take in foster children. Writing about foster children has been a kind of my way of saying goodbye to them. I think my parents were, at the time, more concerned about the foster children re-integrating with their families than with what it was like for us to part with these children after having shared a life with them.

The collection is divided into three parts — Beginning, Middle and End — and each one corresponds to a major life stage. Do you feel more comfortable writing about one of those stages?

I did feel there wasn’t enough in the End part, but I didn’t want to force it. I think it’s easier for me right now to write about those two periods that I’ve experienced already. It takes more imagination to go into the senior stage.

With which of your protagonists do you identify the most?

The girl child in the first two stories, “Tumbalalaika” and “The Mysteries.” She’s probably the same girl, even though she has a different name in each story. She’s that young girl who recognizes that there are things going on with the adults that she doesn’t understand, and that the things people are telling her are not necessarily what’s really happening.

One story, “The Woman With Deadly Hands,” has a very different tone than the others. It is more of a fairytale.

How do you describe “The Meaning of Children,” and how do you respond to those who comment on how dark the stories are?

It’s about how complicated it can be growing up, and growing up doesn’t end when you hit 12, 15 or 18. Growing up continues throughout the lifecycle.

Yes, they are dark, but that’s what came out in my first five years of writing. I can’t apologize for that. I think there were all these emotions that were building up and exploded out. What feels to me unbalanced is that there aren’t enough happy stories in the collection. I would like to write a good comedic novel now.

Your stories are very deliberately set in Montreal. How important is this for you?

I’m from Montreal and I’ve never lived anywhere else. It was very important to me not to sanitize it, to try and make all the stories so that they could happen anywhere and therefore appeal to a broader range of people. Sometimes you hear that Americans are not interested in reading about other places, which obviously is not true. It was important for me to have Montreal in there… It doesn’t only have to happen in New York, London, Los Angeles or Paris. It can actually happen in my hometown.

How does your Jewish identity come through in this collection?

My Jewish identity is very much integral to me and my work. When I was deciding which stories belonged in the book, I realized how important children were in so many of them. Children and survivor guilt are both very clearly present in my work. By guilt, I don’t mean culpability as much as survivor cognizance. My mother’s family came over before WWI. My father’s came between the two world wars (his parents lost all but one sibling each and the rest of their extended families). So I have a duty to remember and I have a duty to the future — and children represent that.