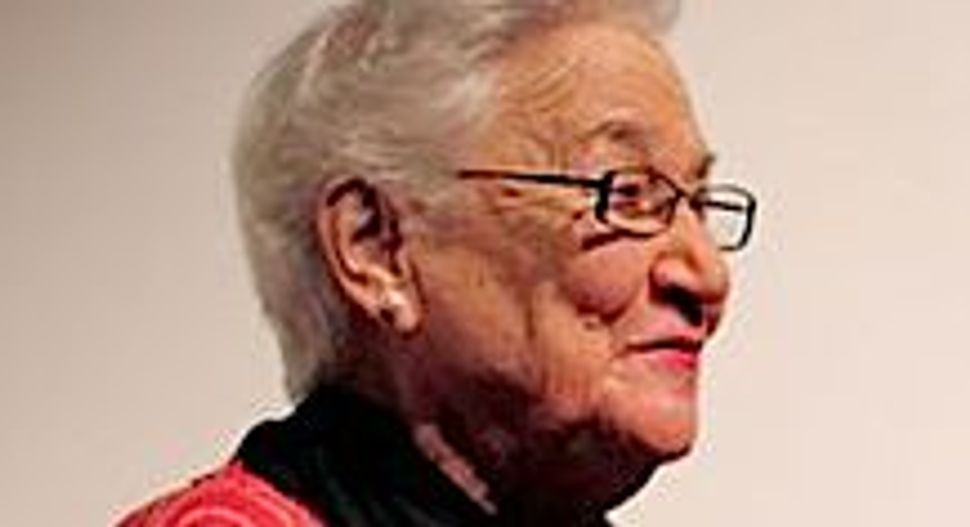 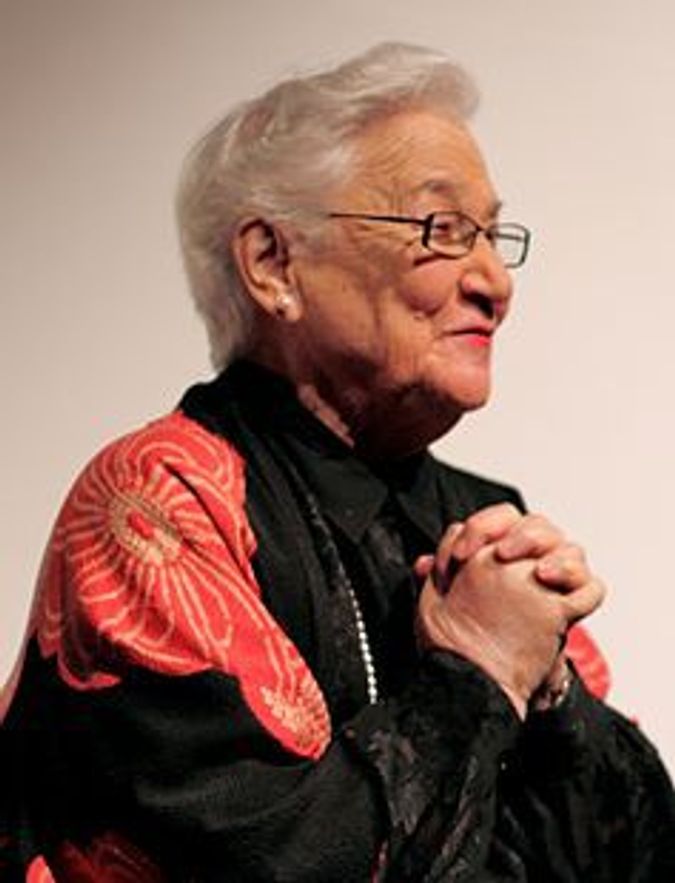 A trio of extraordinary Jewish women died this week. But until their obituaries made them fleeting front-page news, few recognized the names, or knew the history they represented. These women aren’t over looked because they were unimportant, but because the narrative we repeat about Jewish women doesn’t make room for their remarkable stories.

They were not classic immigrant strivers or typical Holocaust survivors, though in some ways they all were, in fact, both. Rita Levi-Montalcini spent the war years running from Mussolini and Hitler, all the while maintaining a bedroom lab in which she continued the scientific research that led to her postwar discovery of nerve growth factor and culminated in a Nobel Prize. Beate Gordon used her position as a civilian translator attached to General MacArthur’s occupation army in Japan to find her parents and insert equal rights for women into the postwar Japanese constitution. Gerda Lerner channeled her experience resisting the Anschluss to assert that women were historical actors deserving of scholarly attention, and in so doing, pioneered the field of women’s history.

All three came from a cohort of Central European-born Jewish women who stepped outside of the confines of what was expected of them by their community to determine their personal trajectories and transform their professional fields. Doubly marginalized as women and as Jews, they nonetheless gained access to political, military, and scientific portals of power through a potent brew of enterprise, education, and perseverance. 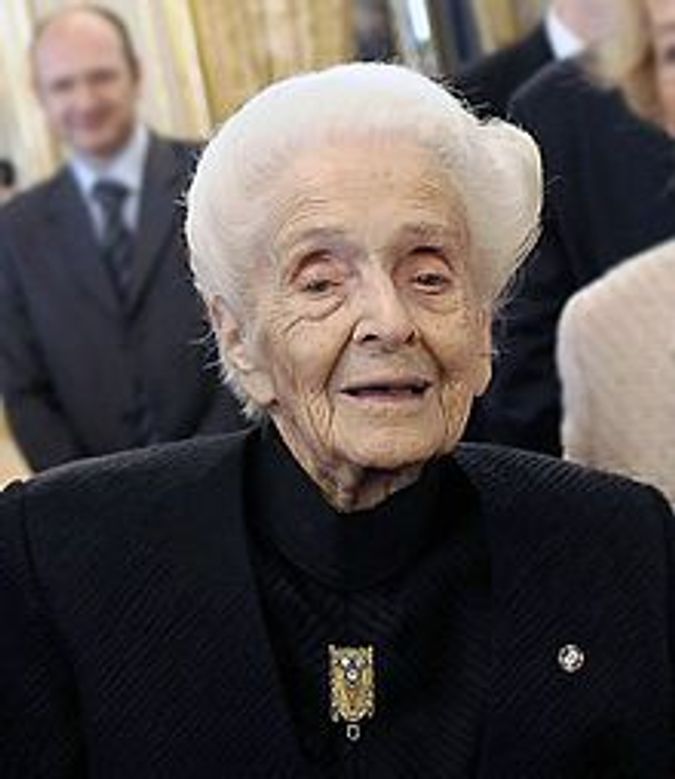 Rita Levi-Montalcini conducted scientific research in her bedroom that ultimately led to a Nobel Prize. Image by Wikicommons

But they remained largely veiled because they stood outside the contours of “women of valor” scripts, the most common measure of heroines in communal Jewish histories. From sacred texts, Miriam and Esther emerge as role models, both serving as triumphant tricksters over evil men plotting to kill their communities. In modern times, Hannah Senesh, Henrietta Szold, and (depending on one’s politics) Golda Meir represent women in the pantheon of twentieth-century Jewish luminaries: united by a commitment to Zionism, they shine because they, like their ancient foremothers, risked their lives and made personal sacrifices on behalf of the larger Jewish community.

Rather, Levi-Montalcini, Gordon, and Lerner seem to fit the model proffered by Berkeley historian Yuri Slezkine in “The Jewish Century” that Jews were the consummate moderns. They were, in his rhythmic lilt, “urban, mobile, literate, articulate, intellectually intricate, physically fastidious, and occupationally flexible.” In other words, they were truly cosmopolitan.

Despite fitting this prototype, these women rarely appear in scholarly histories of twentieth-century Jewry. And that’s because they were not, in Slezkine’s formulation, “Tevye’s daughters.” They were not the children of milkmen, but of scientists and artists. They came not from the Pale of Settlement, but from the cultured milieus of Central Europe. Their conversations occurred not in Yiddish, but in German, Italian, and Russian. Indeed, had they migrated west from Eastern Europe, they likely would have become teachers, social workers, and nurses — the common career paths of smart, ambitious Jewish women from lower- and middle-class families. Instead, they became a constitution-writer and cultural ambassador, a scientist, and a historian.

Throughout their lives, these women refused to let external barriers stand in the way of their professional pursuits. Levi-Montalcini overcame the objections of her engineer father to enroll in medical school in the 1930’s. Barred from university positions as a Jew, Levi-Montalcini continued her work at home. When other scientists resisted her identification of a nerve growth factor, she persisted in spite of their skepticism and altered the course of neuroscience research.

Gordon parlayed the language skills and cultural knowledge acquired through a childhood in Vienna and Tokyo into a job writing Japanese radio scripts for the U.S. Office of War Information and then a postwar position as a translator. As the army furiously (and furtively) composed a constitution for Japan in 1946, she was assigned the sections on women’s rights, where she granted Japanese women legal equality — including rights that didn’t yet exist for American women.

After Lerner left Vienna, for the United States in 1939, she initially worked a series of low-wage jobs while writing fiction, learning English, raising children, and organizing boycotts. Captivated by the activist, abolitionist Grimké sisters, Lerner returned to school, where her literary aspirations turned historical. Undeterred by male scholars who assumed women were unimportant or left no written records, Lerner wrote, taught, and promoted women’s history.

All three women understood that infrastructure mattered. Lerner developed summer seminars and graduate programs to sustain the fledgling field of women’s history. Gordon built performing artist tours to educate Americans about Asia and to help preserve indigenous Asian art. Levi-Montalcini established an institute to energize Italian science and built a foundation to endow African women’s education. Success was meaningful when it sustained others.

Together, Levi-Montalcini, Gordon, and Lerner offer a different history of Jewish migration, mobility, and success. While they may not be representative of early twentieth-century Jewish women, neither were they unusual for their upbringing and education. They neither abandoned their communities nor subscribed to ethnic partisanship. They pursued careers and avocations that blended intellectual, cultural, and communal commitments, asking not “what was good for the Jews” but how they could use their privilege to better the world. Their legacies point toward a new conception of women of valor.

Ronit Y. Stahl is a Ph.D. candidate in history at the University of Michigan. Her dissertation, “God, War, and Politics” examines the American military chaplaincy from World War I through Vietnam.