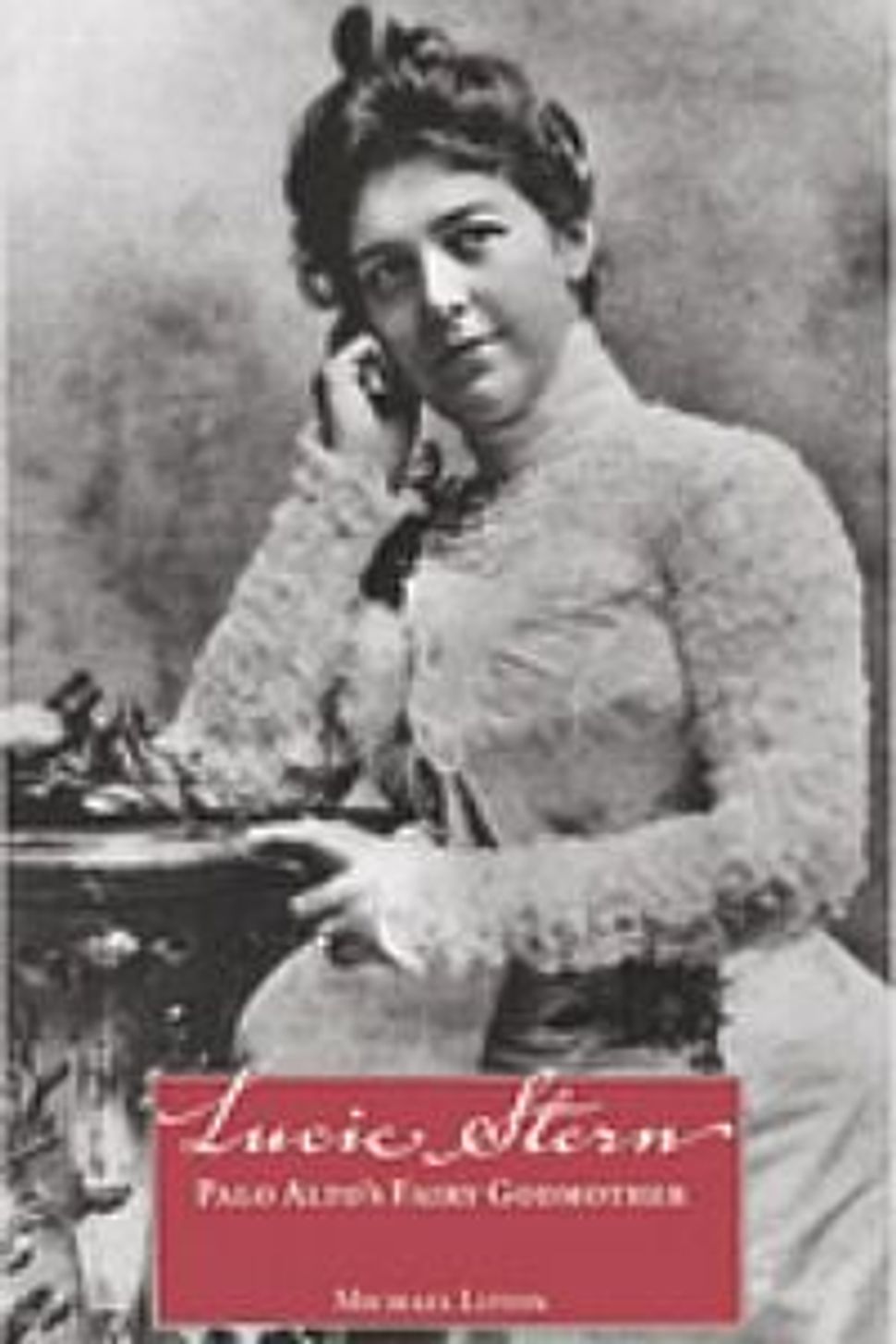 If you look carefully, many of Palo Alto’s institutions carry the philanthropic imprint of Stern, who lived and died (in 1946) here well before silicon ever came to this valley nestled between San Francisco Bay and the Santa Cruz Mountains. But few are familiar with the biography of the beneficent woman once known as “Stanford’s Aunt Lucie” and “Palo Alto’s Fairy Godmother.”

I took an interest in her shortly after my move to Palo Alto from New York around seven years ago. Of course, the Jewish surname “Stern” automatically piqued my curiosity. But beyond that, our next-door neighbor told us that she had inherited her house from her grandfather, who had been Lucie Stern’s personal French chef. Stern, who our neighbor mentioned had been part of the Levi Strauss family, had built the house for the chef and his family. I was eager to learn more about this generous woman—whom I eventually discovered enjoyed great wealth and privilege, but also suffered great pain and loss in her lifetime.

I read in our local paper that a monograph on Stern’s life had recently been republished by the Palo Alto Historical Association. So, off I went to the local library in search of it. I found the small book, but the librarian also handed me a huge archival file on Stern containing newspaper clippings dating from the 1920s through the 1950s.

I carefully read through the fragile clippings, written in archaic journalese, about Stern’s various philanthropic projects, including the Palo Alto Community Theater, the Children’s Theatre, the various wings of the Community Center, the Children’s Library and its adjacent Secret Garden, and the Boy Scouts Fire Circle. All of these institutions (plus others she funded) are integral to the Palo Alto community today. Stern also made various large gifts to nearby Stanford University.

I also came across a copy of her will — typewritten on onionskin paper. In addition to the specifics about her staggering wealth (left to her by her late husband Louis Stern, nephew and business partner of Levi Strauss), it also mentioned names of executors with the last names Haas and Koshland. Both names are still very much part of the wealthy and philanthropic San Francisco Jewish world.

Born Lucie Cahen in 1871 in French Lorraine, she grew up from age three in San Francisco. With her 1899 society wedding to Louis Stern, the middle class Lucie joined one of the foremost philanthropic families on the West Coast. Louis’ position as treasurer of the Levi Strauss and Stern Company required the couple to move to New York for several years. That is where Lucie Stern’s lifelong personal sorrow began.

While there, Stern bore four children. Her eldest daughter and a son died in infancy. After the family moved back to San Francisco following the Great Earthquake of 1906, a second daughter died at age five from pneumonia. Later, the family built a mansion in Atherton (north of Palo Alto), where at age 12, Stern’s youngest child, Ruth, began having seizures that permanently stunted her mental development. Following Louis Stern’s death in 1924, Lucie commissioned leading architect Birge Clark to build adjacent homes for her and Ruth in Palo Alto.

“Lucie’s over-protection for Ruth became what we would today call an obsession,” wrote the monograph’s author Michael Litfin. “Her love and concern for her daughter seemed to broaden into concern for others, too. It was shown in years to come by the number of gifts given in Ruth’s name to Stanford, the City of Palo Alto, the Boy Scouts of America, and other groups.”

Stern was beloved by Stanford students, for whom her home and checkbook were always open. She fed them dinner and gave them loans, and even had a closet filled with clothing from which they could choose an item of their liking. The town’s children also loved her for the ice cream she brought to Children’s Theatre rehearsals and the big 10-cent candy bars she handed out on Halloween.

Had Lucie Stern not been Jewish, I probably would have still been interested in finding out about her. But the fact that Stern was Jewish allows me to schep some naches, to be even more proud of and inspired by her. There have been many times when I have felt that I do not really belong in Palo Alto, and I feel as though had Stern still been alive, she would have graciously welcomed me.