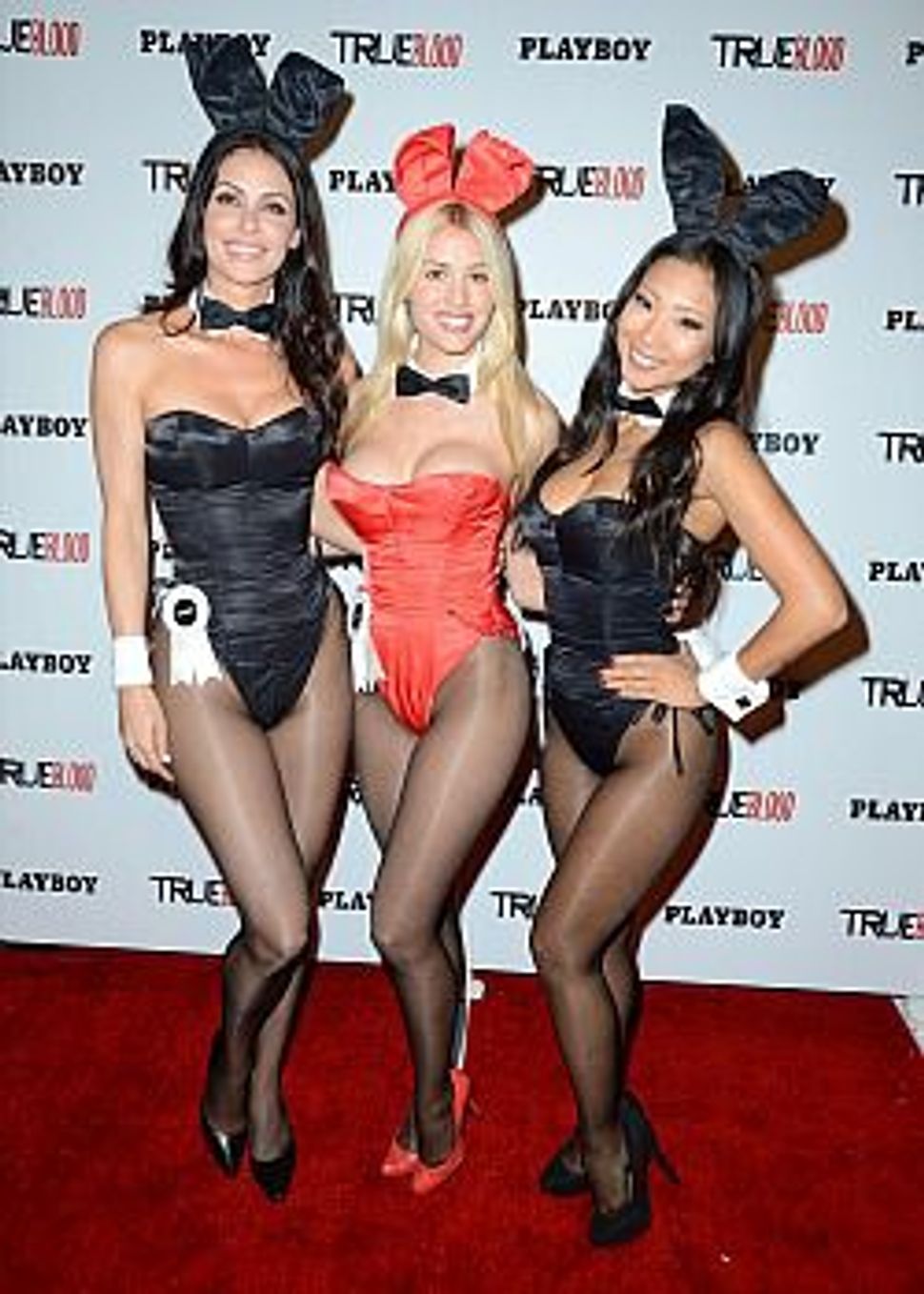 Watch out, Israel, Playboy bunnies are heading your way. Image by Getty Images

Make sure you know how to pronounce shfanfanat. It means “Bunny,” and there are about to be a whole lot more bunnies in Israel. That’s right: Playboy is coming to the Holy Land.

The famed U.S. lad mag, founded by Hugh Hefner in 1953, will be making its Middle East debut later this year. The project was the brainchild of Daniel Pomerantz, an American attorney who stuffed copies of the magazine in his suitcase when he made aliyah last year. He partnered with some businessmen from back home, and they spent time hunkered down with Hefner’s staff to get a sense of the magazine’s history.

An Israeli expansion makes plenty of sense for Playboy, which has been struggling financially for the last few years. Though the brand is still valuable, thanks to licensing deals that make everything from Playboy condoms to bunny-print clothing and beauty products, the magazine has followed industry trends and lost money hand over fist. The company reportedly earned more money from a reality show, “The Girls Next Door,” about Hef’s three then-girlfriends, than it did from traditional advertising sales. The brand clearly needs to support its flailing magazine division, and launching new international editions is one way to do that.

But it may not just be the Haredi community that has a problem with Playboy En Ivrit. Many feminists are anti-pornography, arguing that it objectifies and humiliates women. Gail Dines, a Britain-born feminist scholar who lived for many years in Israel, is one of the world’s most outspoken critics of pornography. In a 2010 interview in support of her book Pornland, Dines specifically addressed Playboy and why she felt it was so insidious: “The advertising in Playboy was about telling men that if you consume at this level, then you will get the real prize, which is the women in the magazine, or women who look like women in the magazine. So what [Hefner] did — he didn’t just commodify sexuality, he sexualized commodities, which is his brilliance.

In addition to Dines, the late Jewish feminist Andrea Dworkin was considered one of the world’s most rabid anti-porn activists. She was known for going into stores, ripping up copies of magazines like Playboy, and claiming that the act was protected under free speech. As for whether we’ll see Israeli women going into grocery stores and ripping up copies of Playboy is yet to be seen, but I think it’s safe to say that Daniel Pomerantz has an uphill battle ahead of him.

As for me? I’m a pretty ardent feminist, but I also don’t think it’s fair to judge something before we’ve seen it. Pomerantz told Ha’aretz that he’s planning to include long-form journalism and fiction alongside the centerfolds in Playboy Israel, and I’m excited about the possibility of writing on par with the level of American Playboy’s golden era. Despite the old classic “I just read the articles” joke, Playboy has been known for running great work from acclaimed authors like Margaret Atwood, Gabriel Garcia Marquez, and Norman Mailer, and for paying them pretty reasonable rates as well. If Playboy Israel continues this trend, I would definitely read it just for the articles. My suggestion? See if Etgar Keret is interested.