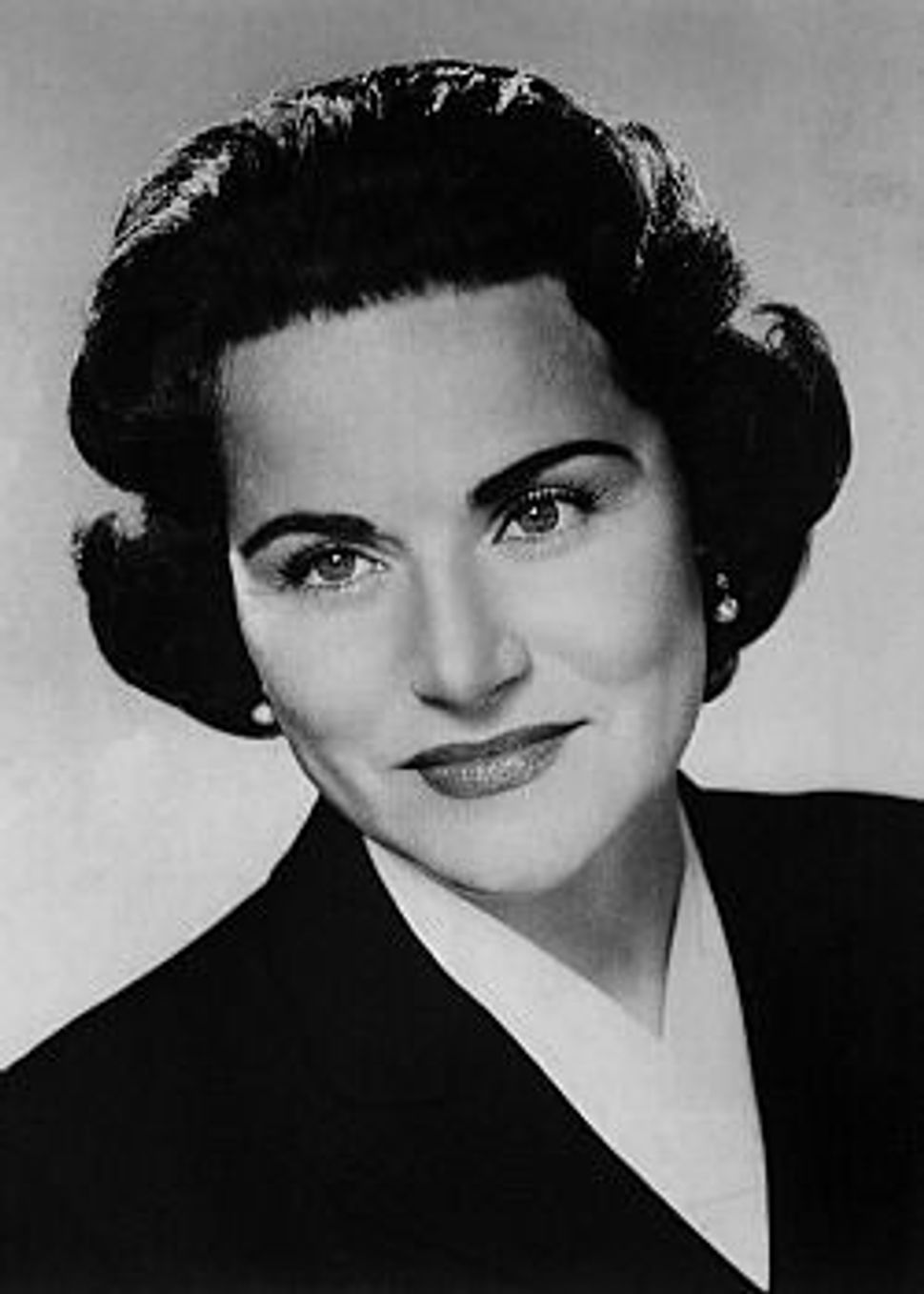 She sought out a career as an advice columnist after helping out her sister Eppie, who had started the Ann Landers advice column, and realized she wanted more from life than to be a bored housewife, she said. Her New York Times obituary describes her as “a trusted, tart-tongued adviser to tens of millions,” who responded to the many letters appealing for her advice in a way which was “often genteely risqué.”

Her column is now written by her daughter, Jeanne Phillips, and receives some 10,000 letters a week, according to its syndication service, Universal Uclick.

Phillips, who was known as “Popo,” along with her twin sister Esther Pauline Friedman Lederer, was raised in Sioux City, Iowa and were the daughters of Russian-Jewish immigrants. They were married in a double wedding ceremony in a Sioux City synagogue in 1938. Lederer, who was the creator and writer of the equally famous Ann Landers advice column, died in 2002. Phillips died following a long struggle with Alzheimer’s, and is survived by her husband of 73 years, her daughter Jeanne, four grandchildren and two great-granddaughters.

Phillips reportedly once said that she knew she would make a good advice columnist, though she didn’t have any experience as a professional writer, because “all of her life she had been an amateur wailing wall without portfolio.” With appealing chutzpah, after she had been helping her sister out with Ann Landers column for about a year, she cold-called an editor at The San Francisco Chronicle, where she was living at the time. According to The Times obituary, he gave her a stack of old advice columns to answer her way. She immediately did so and handed them back. By the time she arrived home, the phone was ringing with a job offer.

Her column began in 1956. She dubbed herself Abigail van Buren, adopting Abigail after the Bible’s prophetess Avigail, who is blessed by David for giving him good advice in the Book of Samuel, and Van Buren after one of her favorite presidents.

There was something quintessentially Jewish about the way these two Jewish women responded to their readers. According to an article in the Jewish Women’s Archive:

Both women were politically liberal, and used their columns to condemn racism, sexism, and anti-Semitism and to advocate for women’s rights.

In her column, Mrs. Phillips championed equal rights for women, minorities, people with mental illness and those who are physically challenged. The column has promoted AIDS awareness and education, hospice care, the living will, organ donation and also raised awareness about gender apartheid suffered by women in Afghanistan.

And the JWA said:

Both columns were characterized by a straightforward tone, practical advice, and a firm but modern moral sensibility. In a change from previous advice columns, both women used humor, including sarcasm and one-liners, in their responses. “Dear Abby,” for instance, once published a letter from a reader inquiring whether a woman could get pregnant under water. Abby’s response: “not without a man.” With an open-mindedness grounded in practical morality, both columnists won loyal followings.

Phillips was an active volunteer as long as she was able. She “lived in Sioux City, Eau Claire, Los Angeles, and at the end of her life in Minneapolis. In all these locations, she remained active in citywide and national Jewish and non-Jewish organizations. Volunteering with synagogues, old age homes, the American Society for AIDS Research (AmFar) and the Jewish National Fund,” according to Jewish Women: A Comprehensive Historical Encyclopedia.

With her stiff helmet coiffure, in some ways Phillips appeared to be very much a woman of her time. But in her sharp, witty responses to the people who wrote to her looking for answers to their personal problems, in other respects she proved herself to be a woman ahead of her time. Rest in peace, Pauline Phillips. You were one impressive gal.