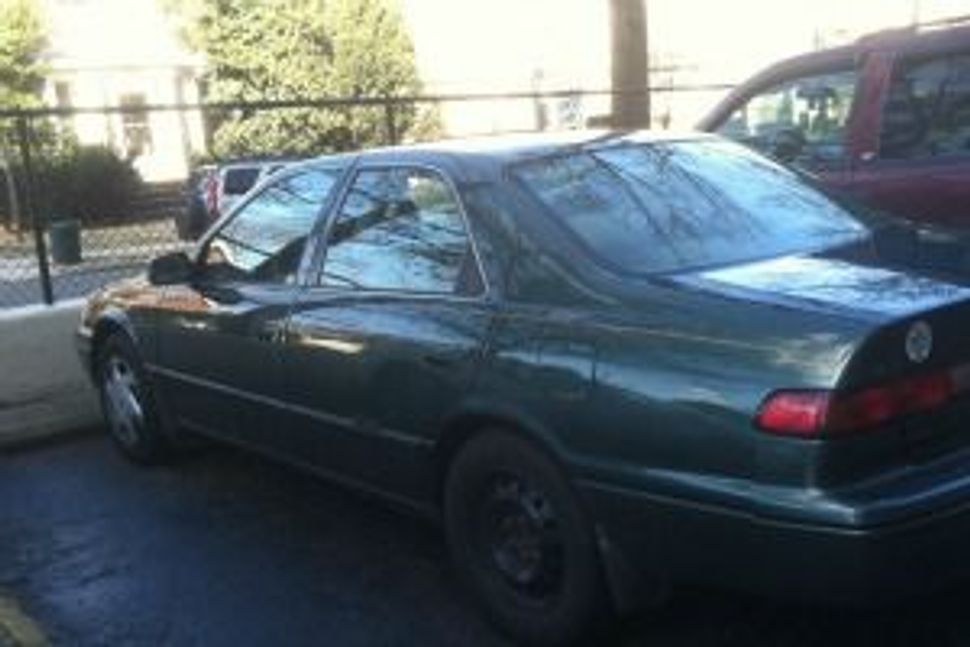 This is a story about Bernie.

Bernie turned 14 this year. He’s loud, and smelly, but we love him anyway. He’s our Toyota Camry: the requisite newlyweds’ POS car that has close to 190,000 miles on it, and is constantly teetering on the brink of death. The driver side window broke years ago and never fully closed again. The car was loud to begin with, but just before we got married Bernie also started making that noise — the one that tells you the muffler has gone to hell. We can’t drive the car on the highway and play the radio at the same time, because the noise is so damn loud. 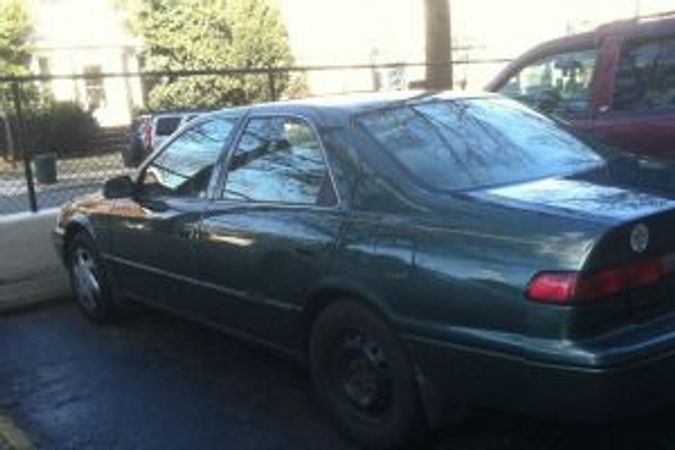 Bernie is a manual. I spent a few weeks of our engagement teaching Jeremy how to drive stick; the car was my father’s first, and I learned how to drive stick at 17. Now Jeremy’s a pro, and Bernie has a place in both our hearts. Never has a car huffed and puffed so much.

I took Bernie to the car shop recently. The noise was finally giving me enough of a headache, plus the left-hand turn signal refused to light up. At the local Midas, a mechanic lifted Bernie over my head and showed me the muffler — or at least, where the muffler used to be.

“It’s all rotted away now,” the gentleman explained. “The whole pipe needs to be replaced.”

The price? $1,000. Approximately half of what Bernie is worth in his current condition. We paid the $12 to fix the blinker and passed on the muffler. So what if we would breathe a little extra carbon monoxide because of it? We’d been doing that for months, apparently, and we’re just fine (so far). Hard as it is for me to admit, Bernie is going to go one day soon, and we’d rather not throw $1,000 into him right before that happens. So our car still sounds like a death rattle as he passes everyone, and I still duck to avoid the curious-slash-frightened looks of pedestrians.

We went to dinner at my in-laws the night after my Midas trip, and Bernie came up. We lovingly explained all his quirks — the noisy window, the lack of a muffler, his curious odors that change based on the weather. Jeremy’s parents looked at each other indulgently.

I guess it is. It didn’t quite feel that way until it was pointed out to us — before that our car situation just felt thrifty and practical, as our financial situation required us to be. Speaking of thrifty and practical, half the reason we were at my in-laws’ house for dinner was to steal their frozen meat so I could make brisket and cholent for Shabbat. (Don’t read this part, Mom and Abba. We came just because we love you.) But I guess, in part, this is the stuff we’ll look back on in 20 years and smile about. Remember when Bernie smelled so much that we took to driving with the windows open in January? Those were the days.

“One day you’ll be paying for tuition for your kids and remember these days and feel like you were rich,” someone said to me recently.

And it’s true. We may not be pulling in hordes of cash (the freelance lifestyle is not all rock and roll, kids) and we may be putting our health at risk to save an amount that Lena Dunham recently paid for a pair of shoes she can’t even walk in, but it is a wonderful time when our responsibilities are limited and fun ways to spend Tuesday nights are limitless. And maybe we’ll just blow that $1,000 on a summer vacation, just because we can.