Women in Combat Shouldn’t Be So Revolutionary 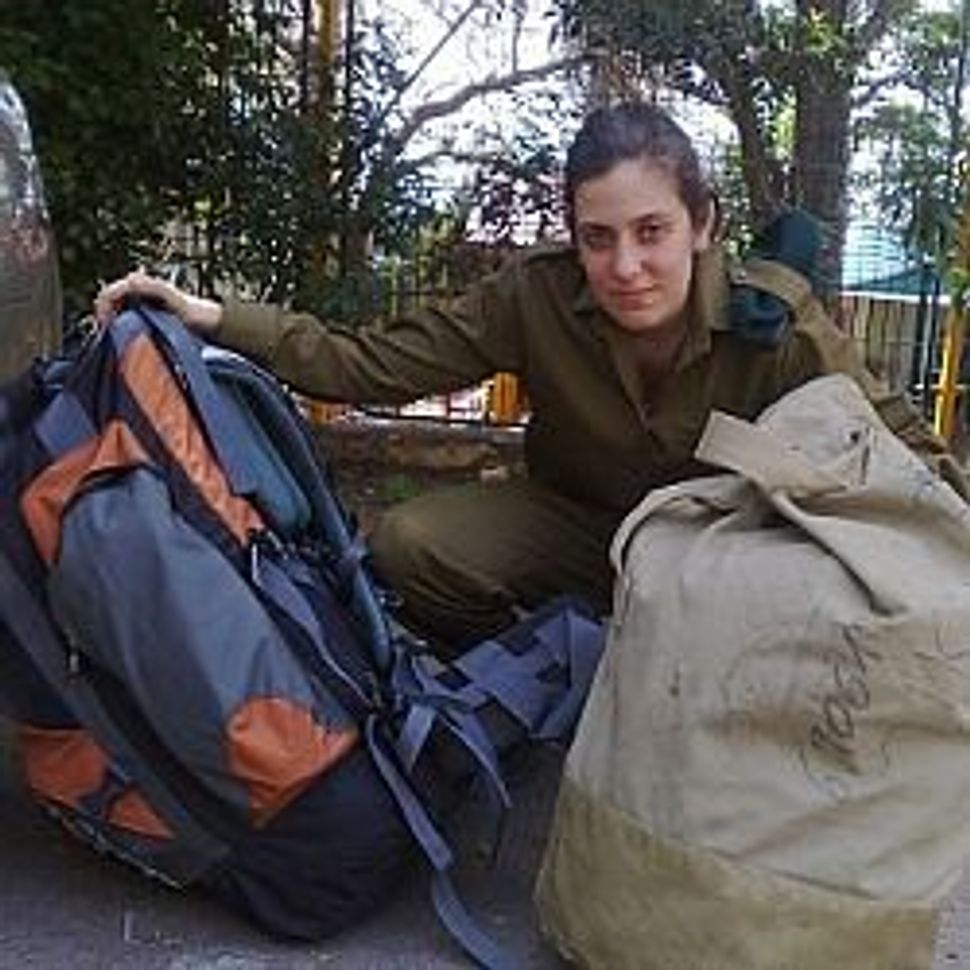 This week, U.S. Defense Secretary Leon Panetta lifted the ban on American women serving in combat. The news broke quickly and widely, and immediately took me back to 1995, when civilian pilot and aeronautical engineer Alice Miller petitioned the High Court of Justice to take the Israeli Air Force pilot training exams after being rejected on grounds of gender. Eventually she won — and became the first female pilot in the IDF. Up until then, women’s roles in the IDF were entirely gender-oriented; they were secretaries, administrators and office managers. By winning in court, Alice Miller opened the gate for women in the IDF to move beyond their desks and serve in combat.

In 2000, still more than a decade before Panetta’s groundbreaking announcement, the Equality Amendment to Israel’s Military Service law stated that the right of women to serve in any role in the IDF is equal to the right of men. And so in 2001, Roni Zuckerman became the first female jet fighter pilot. In November 2007, the Air Force appointed its first woman deputy squadron commander. In 2011, Orna Barbivai became the first female Major-General in the IDF.

These stories bring words like “bravery” and “heroism” to mind, and for good reason: Women have worked extraordinarily hard, fighting and struggling to earn their achievements. Still, it took five decades (the IDF was founded in 1948) for women to have the same service opportunities as men — four decades in which women were considered incapable of performing in certain roles simply because of their gender. Even decades after the “women liberation” revolution, it is still news when women receive an equal chance in certain fields.

One might argue that when it comes to certain physical fields, such as Combat units in the army, women are, in fact, less capable than men. In a way, you are right. Physically, most women are indeed weaker than most men, plus they have their monthly cycles and can get pregnant. And those in captivity can be raped and then get pregnant. However, these reasons do not mean there are no exceptions. The past couple of decades are proof of what women are capable of on the battlefield, where dirt replaces lipstick as they crawl on the ground alongside men. Just last year, a girl from my high-school class became a combat pilot after more than three years of hard training, and without special treatment. It’s true that the army’s Combat field still belongs to men, but now many young women know that they at least have the chance to serve wherever they wish, and to contribute to their country in whichever way that feels right for them.

My 17-year-old cousin dreams about becoming a pilot. She is a senior in high school, and next year she will be recruited to the IDF. A couple of months ago, she took her first test of many on her way of making her dream come true. There are still many more intellectual, physical and mental tests ahead of her. She may drop out or be disqualified on the way, but at least she will always remember that she had the chance to go as far as the boys sitting two tables away from her in class. She will know that if she won’t become a pilot, it won’t be because of the shape of her body, but rather because this is not the right place for her in the IDF.

This week, U.S. Defense Secretary Leon Panetta lifted the ban on American women serving in combat, giving them equal opportunities to stand on the front lines. This change should not be treated as revolutionary, because that revolution occurred decades ago. In a perfect world, Panetta’s announcement would have happened years ago, especially in the country that claims to lead the “free world.” Panetta is no hero. He is just a person with power who made the right decision. However, he will always be remembered for making that right decision, even if it came a bit late — a decision that will change lives, make dreams come true for many women, and embrace an important statement about equality. This is yet another step forward into a world we should have had all along, where both inside and outside the house, women and men experience their lives in the same way, sharing successes and burdens. Equally.

My IDF service was not in combat. I was lucky enough to be chosen for a different kind of meaningful service. I did not fight on the front lines simply because I chose not to — not because anyone old me what I could or could not do. And this feeling is priceless.

Noga Gur-Arieh is a 22 year-old Israeli journalist who writes a blog at The Jewish Journal.

Women in Combat Shouldn’t Be So Revolutionary