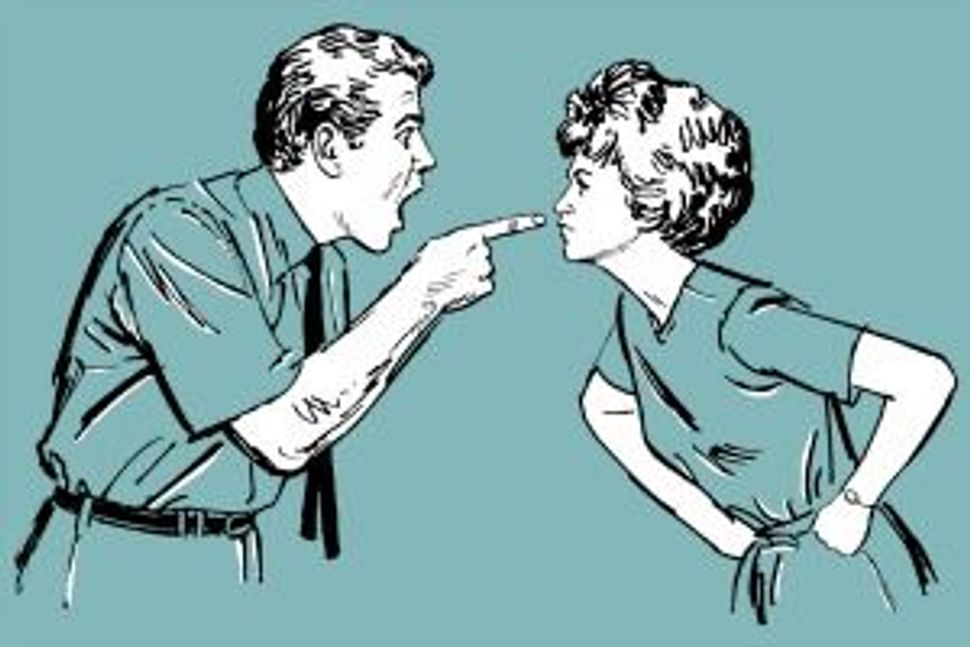 Marriage brings out the best in me and it brings out the worst in me. A commenter recently remarked on a blog post of mine that I painted too much of a “fairy tale” picture of marriage:

Although I understand that you are only sharing your impressions of married life after a month, you paint a distorted picture of marriage. As you noted, marriage also takes work. It is not “one big sleepover” nor is every night is “exceptional couch potato living”. Sometimes, it can be frustrating and disappointing. You wont always want to just “watch movies and eat all night together”.

Your single and married friends and many others will be reading this blog. Marriage is about compromise, communication, and mutual respect. This takes hard work. Your fairy-tale portrayal is not only false; it’s dangerous. It contributes to many of the difficulties couples have adjusting to married-life and recent trends of newly-weds separating because their marriage is more work than they expected. Also, what about the friends of the newly weds? They deserve to know that after the wedding, when you forget to call back it’s because not every day is a honeymoon.

So for the record, I agree: Marriage is hard. Not exactly mind-blowing, I know, and you’ve heard it before, but that doesn’t change the truth of the statement. Marriage is not easy.

I can feel Jeremy making me a better, stronger person. Even in small ways — when he’s standing next to me, I feel fuller, more confident, more sure of who I am and what I want to say and do. He truly is my better half. But being married is also a constant struggle not to give into the smallness of my worst self. Jeremy and I fight. We always have. It’s part of our relationship, and we always try to fight fair and to communicate afterwards.

But sometimes you just wake up earlier than the sun, and you’re grumpy, and he moves a smidge too slow for your snippy mood, and suddenly you’re deeply, strongly pissed for a reason you can’t really articulate. And you don’t want to be mad. You know there’s no reason to grunt at him when he tries to talk to you, but you can’t help it.

And then there are the real fights, the ones that take your perfect blissful first-year bubble of love and shake it, hard. The ones where you can’t see there ever being a resolution, and you’re both right, and you’re both trying, and it just seems like everything is wrong and maybe this marriage won’t work, because who’s to say we’re smarter than everyone else who gets married and ends up splitting up?

But then one of you takes a breath and invites logic back into your emotional turmoil — usually him — and you can suddenly think calmly and lovingly. He’s not the enemy, he’s the partner, and you need only to remember that to figure things out. And you might disagree, in fact your track record shows you probably will, but you can respect each other and make up and feel your love even more strongly because of it. And then he’s brought out the worst of you and the best of you all within a half hour, or even three times in one day, and you know you’ll be okay.

Marriage is not a fairy tale, though it is wonderful and beautiful and with my whole two months of experience, I find it utterly fulfilling. But it’s not simple by any stretch of any imagination.

Marriage is hard. It’s messy and sticky and there are bumps and tears and real, scary moments where you look deep into your soul and you’re not sure you like what you see. But it’s worth it.