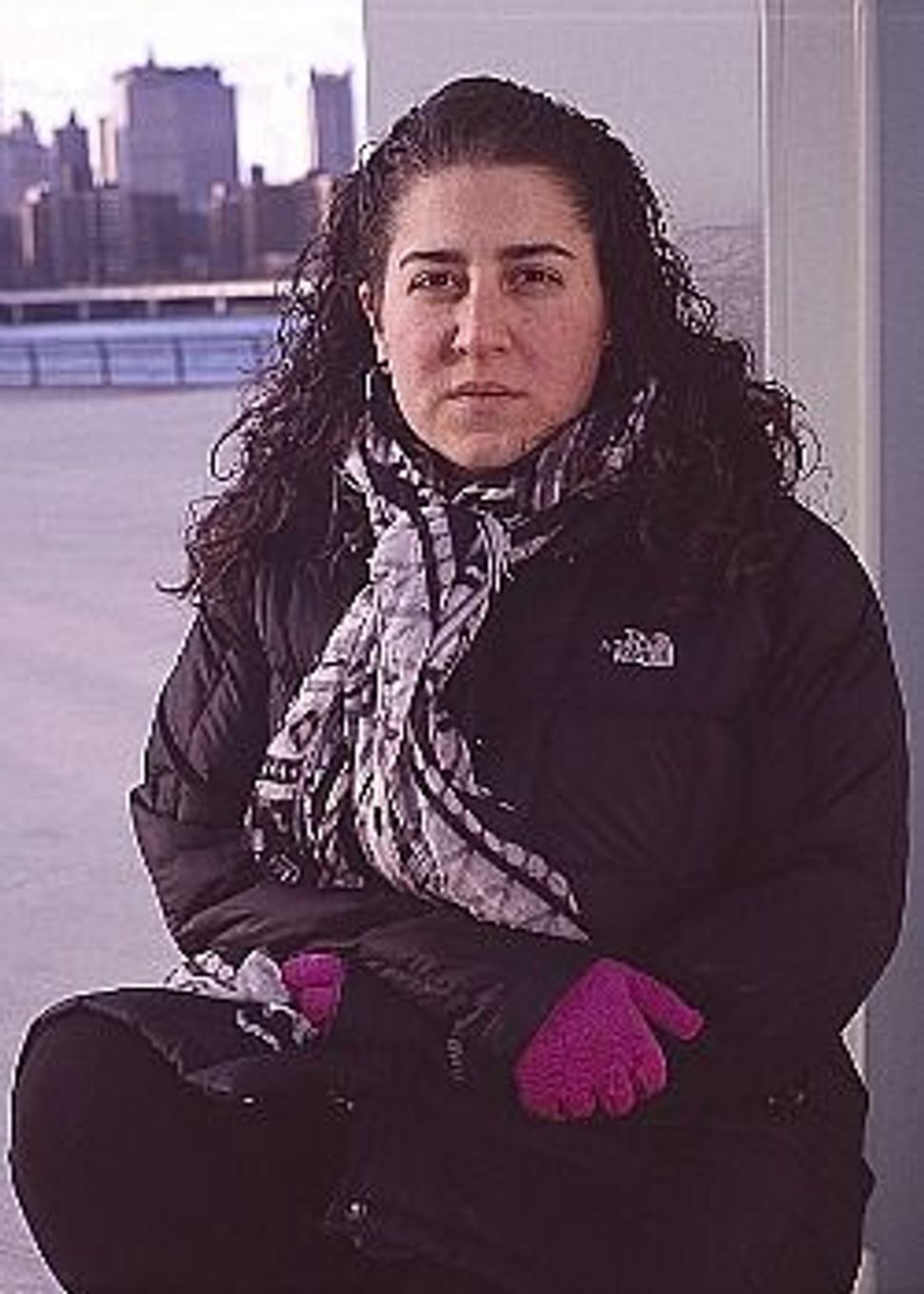 Eight days without leavened bread is no easy task for any Jew. No whole-wheat bagels with scallion cream cheese! No chewy chocolate chip cookies! No soy sauced-drenched rice! But it is especially trying for me; I am 29 years old and eight years recovered from a decade-long eating disorder. Each year, Passover’s food restrictions — a triggering behavior for any recovered bulimic or anorexic — challenges my footing.

I grew up in a reform Jewish home, and my parents encouraged my siblings and me to forge our own paths regarding Jewish customs and rituals. I quite liberally pick and choose from Halachic law at my leisure; for instance, I fast each Yom Kippur and keep each Passover. In order to honor these food-related traditions, I embrace pikuach nefesh (the saving of a soul or life) because, even though I am fully recovered, it lets me cut myself slack and ensure that my health takes precedence over Pesach’s rigorous demands.

While my eating disorder began as anorexia at age 11, it morphed into bulimia when I finished eighth grade, continuing until I was 21. I inhaled food as a metaphor for my emotional deprivation, then purged it in an effort to stop feeling so overwhelmed. Because this binge/purge cycle dominated my adolescent development, restricting food in my adult life — like bread on Passover — can reactivate these feelings, especially during emotionally volatile times. Fasting, on the other hand, doesn’t stimulate the now very ancient desire to starve myself.

My memory of keeping Passover amidst an eating disorder is somewhat dicey, but I know it was inconsistent, contingent on varying behaviors and symptoms. I do, however, distinctly remember being on the cabbage soup diet during the Passover of my sophomore year of high school; to my then-bulimic brain, this was an obvious way to avoid leavened bread and loose weight. I gave up on the seventh day: got drunk off cheap beer in a church alleyway during a friend’s 16th birthday party, binged on challah when I got home — available because my parents and siblings rarely kept Pesach like I did — and then purged in the bathroom next to our kitchen.

Once recovered throughout the end of college and into my 20s, I kept Passover unscathed. Then, in 2011, I stopped keeping Pesach five days in. The holiday had become a mental fixation to lose weight instead of a time during which to honor my ancestors. I felt like a failure. Wasn’t I beyond letting body image and weight-related behavior interfere with my Judaism? Why was this year different from all other years? It was my most difficult in recovery, in part because I was in and out of depression and regularly on the verge of relapse after navigating an intense graduate school program. Simultaneously, my family life underwent significant shifts and my parents sold the house in which I grew up. Even after graduating, I continued slipping into a mental space I assumed I’d never again encounter: self-hate, self-doubt, and a desperate desire to self-harm. Though my mantra was “purging is not an option,” sticking to it felt, at times, impossible.

I felt comfortable picking and choosing my adherence to Halachic law, but I still consulted a rabbi that year — typical Jewish guilt, of course. Maybe I even needed guidance in my depression, since no book, study, or mental health professional could tell me if feeling beaten by restricting bread on Passover was the same as a full-blown relapse. I called my mother’s rabbi, Shari Chen of Bene Shalom, a reform congregation in Skokie, Ill. She taught me about pikuach nefesh and preserving Jewish life above all else. In my case, my health and recovery superseded keeping Passover.

I know I’m not the only Jew to struggle with these blurry lines between health and holiness. A friend, who is currently in rabbinical school and working at a university Hillel, recently told me how a student struggling with an eating disorder approached her about fasting on Yom Kippur. My friend’s response made it clear that the student’s life took precedence above all else: “No one should fast if it will put one’s life in jeopardy as potential relapse to eating disorder can.” She said pikuach nefesh is central to Jewish practice, and that it protects a life above all else, surpassing every commandment other than murder, adultery and idol worship. Pikuach nefesh ushers those of us who have struggled or continue to struggle with eating disorders much more easily along our journeys, both to healing and in healing.

The problem is, recovery can sometimes feel so daunting. I’ve been a public eating disorder recovery advocate for over a decade: I speak on behalf of a national nonprofit organization, sit on the Board of Directors for another, and have an ongoing YouTube video series called “Body Empowerment” encouraging viewers worldwide to love their bodies and embrace lifelong recovery. Sometimes the pressure to maintain perfect recovery stunts my ability to experience emotions as they arise, freely and organically. When I have a bad body image thought or overeat at a random meal, I feel like I’ve suddenly failed my mission and negated every speech I’ve ever given.

That’s how Passover felt two years ago when I stopped keeping the holiday halfway through. Not only had I failed at being a “good” Jew, but I had fallen short as a recovered individual because I needed a handicap. Yet, upon realizing that said “handicap” was really the ultimate sacrifice of recovery, the apex of honoring my well being, I witnessed the gorgeous intersection of eating disorder recovery and Judaism.

Passover celebrates our Exodus from Egypt, our redemption from slavery, our freedom. Having an eating disorder puts shackles around food- and body-related choices. It is a mental illness that often feels like it holds the sufferer hostage. Recovery is liberation. After the very trying year I experienced in recovery, I realized that not keeping Passover was redemption. However, it is not redemption from the restrictions of going eight days and nights without leavened bread and corn syrup. Rather, I feel redeemed from the eating disorder. I made a choice that trumped tradition in favor of my mental, emotional, and physical balance and prosperity. I made a choice to save my life. I made a choice that prioritized my health and soul above all else — that is liberation, an exodus from my pain.