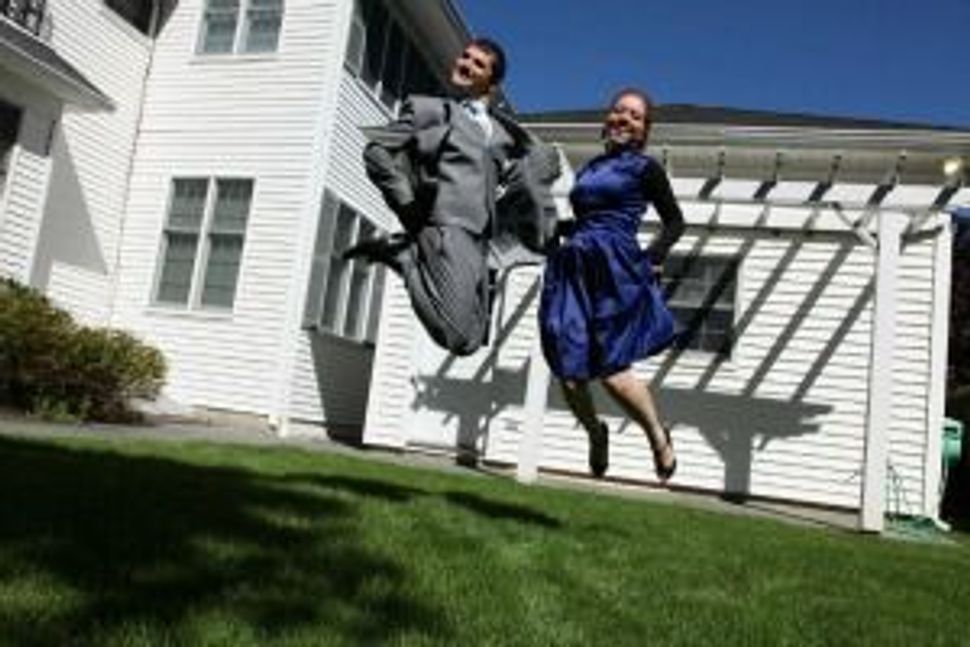 When I was growing up in Baltimore, my family used to gather together every week to read a column in a local publication about weddings and relationships. We often found them very silly.

My favorite one was the story of a woman who had composed a list of 95 things she wanted in a husband, plus 10 bonus items that were optional but preferable. These weren’t general things you’d expect to find on such a list, like “good with kids,” or “tall,” but things that seemed rather arbitrary, like “was a counselor in a Jewish day camp.” She met her now-husband and was ecstatic to find he matched all 95 items plus a few of the bonuses. She thought it was true love; I thought it sounded like a Westminster Kennel Club grading system. 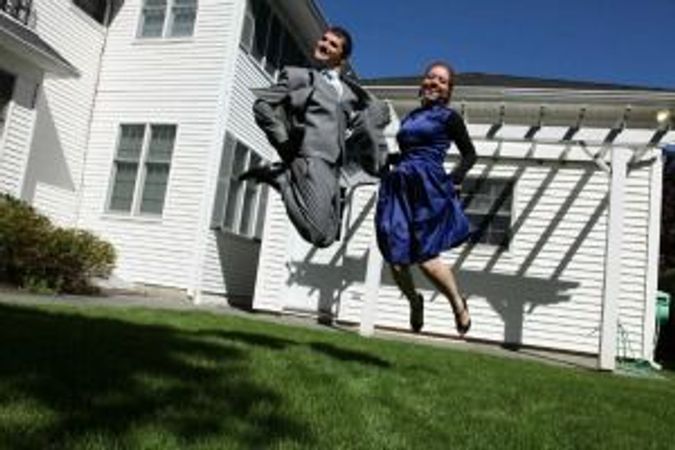 The Forward’s recent article about Amy Webb, the woman who “gamed” JDate to find her husband reminded me of that wedding column. Not because she manipulated JDate to eventually be contacted by the man she would marry — that to me seems pretty clever and impressive — but because she had a list, and encourages other women to have one, too. “Make a list of what you want. Even if you don’t score it, stare at it. It’s a really revolutionary thing,” she said.

I, in fact, found the exact opposite to be true when I was dating. I didn’t have a written list of what I wanted in my husband — though things like “would be a good father” were of course important to me — but I certainly had a mental list of things I did not want in my future husband. And Jeremy and I laugh about that list now, because he pretty much matches all those things I so heartily opposed.

“Not a Star Wars or Star Trek person,” was probably first on that list. I definitely wanted a nerd; I love nerds, find them completely adorable and sweet. Plus, I like to think of myself as a secret (okay, maybe not-so-secret) nerd. But Star Wars is just too nerdy for me. I prefer those guys who love to go to class, who get excited by math or science. Jeremy, of course, is a huge Star Wars fan. Thankfully, he draws the line at Star Trek, but the truth is, even if he loved it I probably would have come to find that endearing in him.

Other things on that list: “Does not get his nails done.” Check. Jeremy loves getting pedicures. (But he won’t get polish. I’ve tried to talk him into doing that, just for giggles.) “Not too hairy.” Check. We call Jeremy’s feet “hobbit feet.” “Not short.” Check. Jeremy is about 5’5”, which makes him only a few inches taller than my 5’1” frame. And most importantly of all, I wanted a man who attended Gush—a “Gush guy,” as they’re known. Gush is one of the post-high school yeshivot in Israel, known for attracting the highly intellectual, logical boys. Or at least that’s the stereotype, and one that I bought into. To me, Gush represented a type, and the type that I saw myself with. I was practically a Gush groupie, and then of course I married someone who went to a different yeshiva.

So how did I come to date this man who broke all my rules? I certainly didn’t intend to. In fact, every guy I dated before him fit a pretty consistent profile of tall nerd, in that proper nerd way. But when Jeremy and I first began flirting, I made it clear I wasn’t ready to date. I had recently been dumped, and was starting to realize that the profile I associated with my ideal man was maybe not at all what I needed or wanted.

Jeremy transcended the list of “No’s.” My husband is more than just the sum of his parts. He is a wonderful, interesting person who happened to be perfect for me, in spite of all the silly things I used to find so important. The difference, as I see it, is that Jeremy and I were lucky enough to meet by happenstance, at a Y.U. event and through mutual friends. I didn’t need to sift through profiles of strangers or post one of my own. Had I needed to do that, it’s likely a more concrete list would have come in handy. But I don’t think a list is right way to go when looking for a soul mate.

Of course, most things on my list were trivial. There were grander, more general things on another mental list that Jeremy matches: Good with kids, sweet, kind to me, helps others. But I wouldn’t classify that as a list. I would consider those obvious characteristics in a future husband of mine. A list implies details; finding my partner was about the whole person.

I can’t imagine using an algorithm to find or define a person, because matching with my husband was less about the details and more about an intangible connection; feeling comfortable with each other, feeling right.