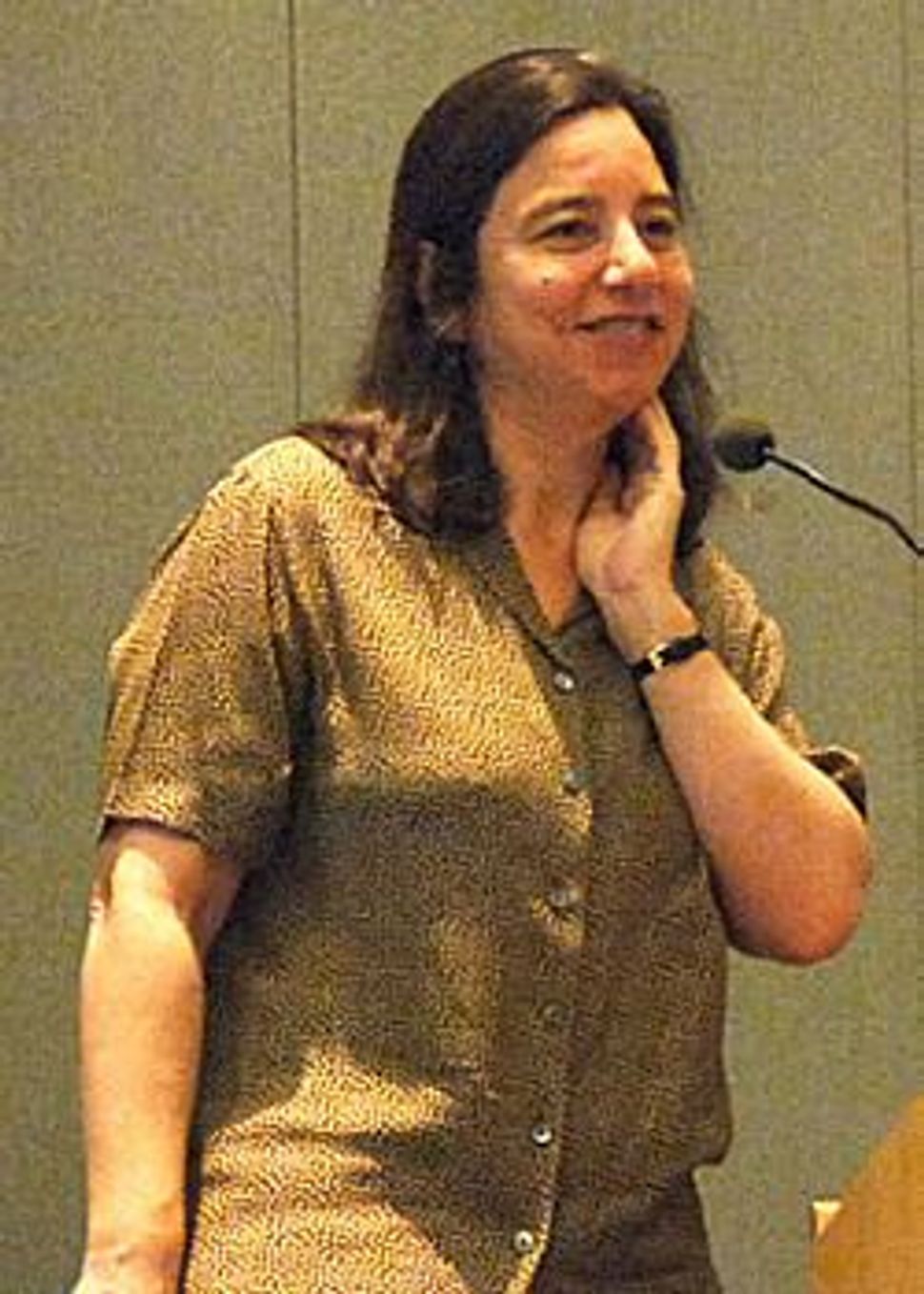 Author and activist Sarah Schulman is one of the most prominent voices in the lesbian, gay, bisexual and transgender (LGBT) world. She’s also a prominent voice in the Jewish world. Therefore, it makes sense that her new book, “Israel/Palestine & the Queer International,” would be embraced by both the Jewish and queer communities, right? Not quite.

Schulman, an out lesbian whose plays and nonfiction pieces about the early days of the AIDS crisis are credited with raising awareness about the disease, was booked to speak at New York’s LGBT Community Center earlier this month. However, the center rescinded its invitation to Schulman following a complaint from an activist group called Queers Against Israeli Apartheid (QAIA). Playwright and performer Dan Fishback, a previous recipient of the Six Points Fellowship, took to his blog to complain about the rescinded invitation. He wrote an open letter to Glennda Testone, the LGBT Community Center’s Executive Director, criticizing her and the Center for trying to avoid political argument by silencing Schulman.

“But the matter at hand is not Sarah’s credentials — it’s Israel and Palestine, and how the Center doesn’t want to be involved,” Fishback wrote. “Well, it’s too late. The Center is involved because queer people are involved.” He added:

“That OUT Magazine can dedicate an entire issue to Israeli tourism, and that CUNY [The City University of New York] can hold an entire two-day conference on queer opposition to Israel, should be clear enough evidence that LGBTQ people are engaged in activism and commerce around Israel and Palestine, not as mere individuals, but as representatives of our sexual communities. As such, our community Center must be a place where these conversations can happen, even if they are uncomfortable, and even if they involve heated conflict.”

BuzzFeed picked up Schulman’s story with comments from the author herself. “It seems that they [the LGBT Community Center] hold cliched and stereotyped beliefs about punitive rich Jews who will pull out their Jew-money if anyone criticizes Israel, and it was this misguided prejudice that led them to defensively ban any criticism of Israel,” she wrote to the website in an email. “I know it sounds insane, but I honestly think that that is what happened. A weird kind of anti-Semitism combined with a profound lack of intelligence and integrity.” Reached for comment, the LGBT Community Center said that they want to make sure the Center is a “safe place” for both Jewish and Arab members of the LGBT community and for people on all sides of the spectrum regarding politics and the conflict.

But how can we create safe places when we ban any conversation that might contain even the slightest hint of controversy? Schulman’s career has been characterized by activism and political engagement, and attempting to silence her has only made her more outspoken. While LGBT issues and the Israel/Palestine conflict are both politically charged, that only makes them more important topics for public dialogue. The LGBT Community Center took what it thought was the path of least resistance by not addressing the Israel/Palestine conflict at all, but the attempt to be apolitical only came off looking like a political move. If there’s anything that Schulman’s work has taught us, it’s that we not only should address difficult and controversial topics in debate, it’s that we must.