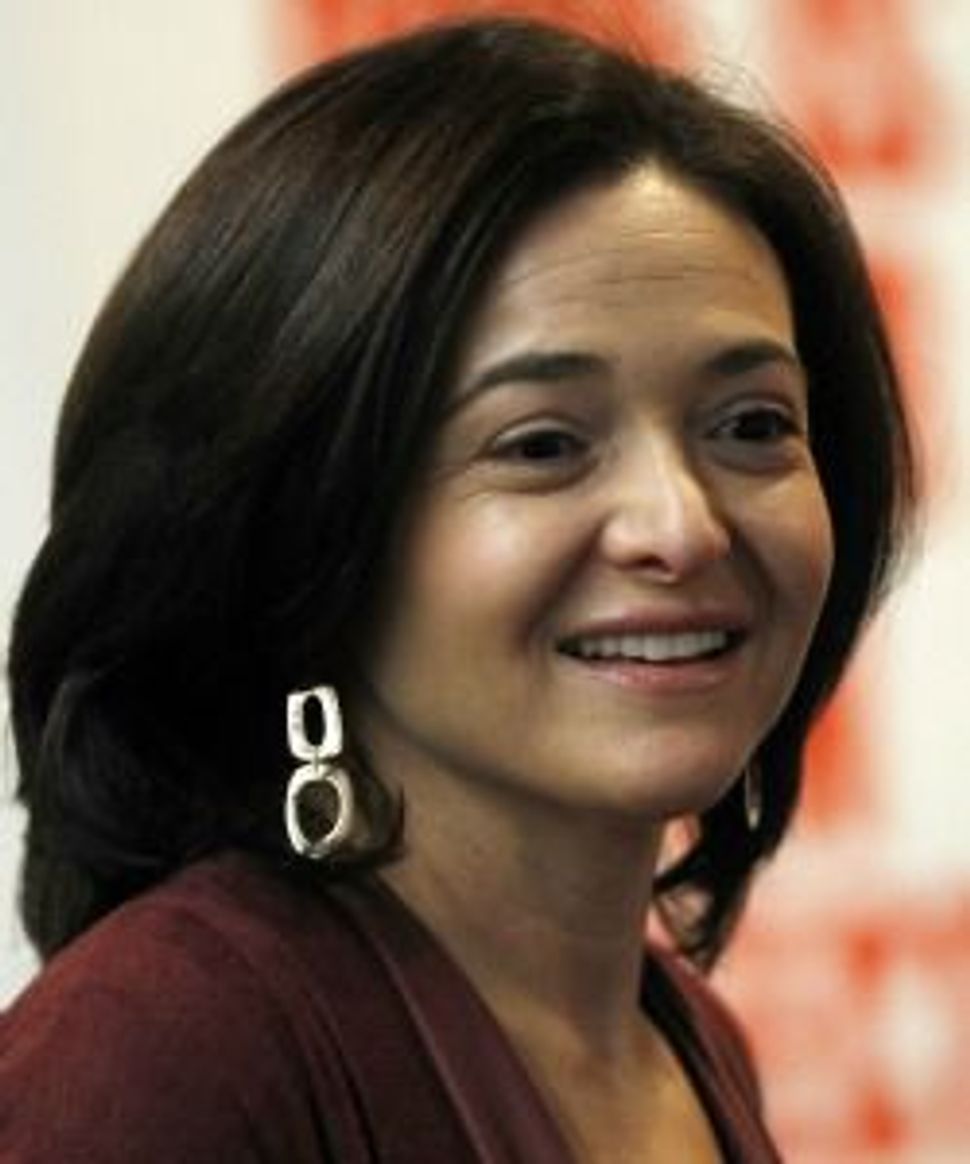 The first thing one might ask is: where the heck is this woman coming from, telling other women that “we hold ourselves back in ways both big and small, by lacking self-confidence, by not raising our hands,” and that this is why “men still run the world”?

I know exactly where Sandberg is coming from: a 9,200 square foot home in Menlo Park, Calif., which sits on property she and her husband bought for almost $3 million. She’s also coming from a situation in which she has “a small army of household help,” according to a recent article by Jodi Kantor in The New York Times.

I can assure you that I have always been one to raise my hand (just ask any teacher, professor or boss I have ever had.) Sure, I’ve had my moments of self-doubt, but most people would not characterize me as someone who lacks self-confidence.

So then, what could possibly be holding me back from reaching and keeping the highest positions in my field, which used to be Jewish education and is now Jewish journalism? Could it be the fact that I happen to not have the funds to hire “a small army of household help” to help raise my children and keep my house clean and my household running in ship-shape order?

Or maybe my problem is that I needed to “resist slowing down in mere anticipation of having children,” as Sandberg warns. I suppose that could be a problem for some women, but it wasn’t for me. I began having my children while still in my 20s, at the same time that I was trying to build a career. With a maximum of only six weeks maternity leave, and needing to support my family financially, slowing down was never an option — before, during or after having children. I’ve been a full-time mother and a full-time worker my entire adult life, 20 years give or take, and the way things are going, I’m not going to be able to slow down any time soon.

There were quite a few years when we paid our babysitter more money than I was bringing home just so I could make a name for myself professionally, contribute to the Jewish community’s future and — of course — do my part to keep men from running the world (or at least every Jewish school and educational agency.) Somehow, I kind of doubt that Sandberg ever made less than her children’s nanny.

Believe me, I appreciate that Sandberg wants to do something for the feminist cause. But I can’t help lumping her together with Yahoo CEO Marissa Mayer, who took only two weeks maternity leave and, just last week, ordered all her employees to report to work everyday at the Yahoo offices beginning in June, no matter what prior telecommuting arrangements they may have had. (Should I even mention the irony of an Internet company not allowing its workers to work over the Internet?)

The idea that the wealthiest and most fortunate women in America are setting workplace policies for female employees unable to afford the same kind of household help that they can (as in Mayer’s case), or that they are trying to direct their fellow women in a top-down kind of social revolution (as in Sandberg’s case) is absurd.

Frankly, it’s insulting to the rest of us, who seem to know that what will truly make a difference for women and families — and for all of society — are structural changes like high-quality affordable childcare for all, equal pay, affordable healthcare and the like.

“I don’t think I would consider myself a feminist … I don’t have the militant drive and the sort of chip on the shoulder that comes with that,” Mayer said in an interview for “Makers: Women Who Make America,” a PBS documentary on the women’s movement premiering on February 26.

I do have a chip on my shoulder. It comes from being a middle-to-upper-middle class working mother of three who thinks it’s about time something is put in place to hold me up when I keep on leaning in — because I have to, and because I know it is the right thing to do.