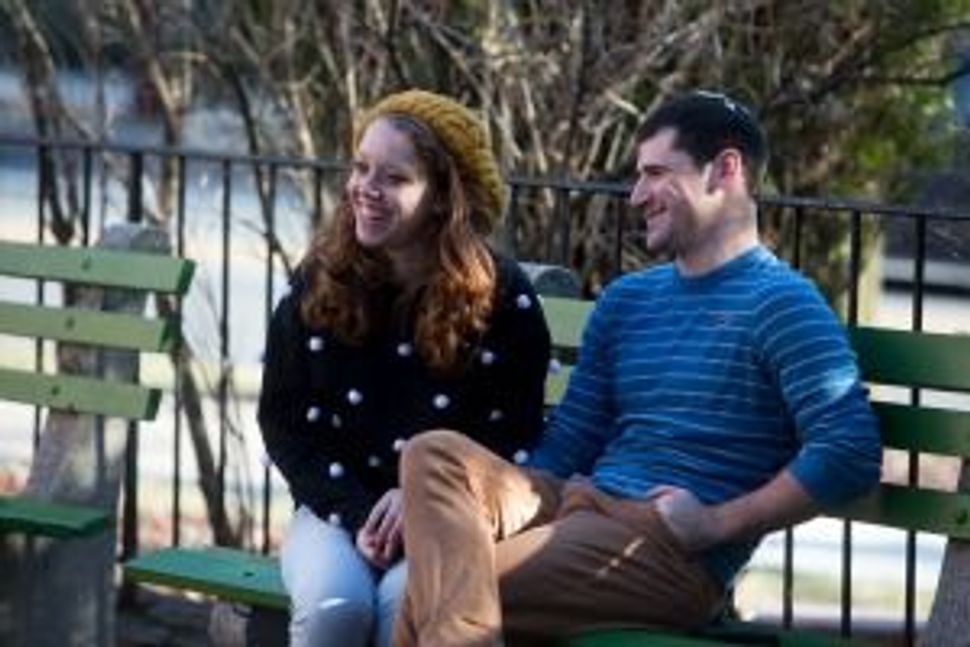 Simi and Jeremy are learning to agree to disagree. Image by Claudio Papapietro

A few weeks ago, one of my engaged friends was asking me for marriage advice and I told her that she should allow her husband to have his own opinions and respect him for them. Also, she should be able to give in every now and then.

This advice isn’t something I came up with out of thin air. It was based on a conversation, almost a fight, I had the night before with Jeremy with regard to an article I had read about teenage criminals.

In short, Jeremy and I disagreed over whether or not teenage criminals are to be pitied because their crimes are part of their permanent records. I believed that if they did something heinous, then they got what they deserved. Jeremy took a kinder approach; he thought if they did something terrible, they were not to be forgiven, but the fact that they were young means they probably didn’t fully understand the ramifications of their actions until it was too late. He felt bad for them.

I was livid. These teens are guilty. So what if their lives are forever altered? That’s the cost of doing something atrocious! I couldn’t understand Jeremy’s perspective, and I should have walked away and cooled off. But instead I sat at my desk fuming, wondering how I could be married to a person who didn’t feel that way.

It took me a few minutes, but then I reached into my own brain and stabilized myself. I told myself that this reflected really well on Jeremy, actually. He didn’t condone their actions, but he didn’t think they were terrible people either. As someone studying school psychology, his ability to see these teenagers as people who did something bad — instead of intrinsically bad people — was actually an admirable and necessary trait. So I took a few deep breaths, went back over to Jeremy, and told him so.

I’ve mentioned before that Jeremy is usually the first one to end our fights. By usually, I mean about 90% of the time. And this wasn’t a fight, nor did he have anything to apologize for, but it took a lot of courage for me to go over to him and admit that I was wrong, and in fact I respected his opinion, even though I didn’t agree with him. It was a heady feeling, in the end.

Too often, we get trapped in our own stubbornness. We won’t actually care what our opinions are, just that we prove the other one wrong. We get caught up in the rush of the argument and refuse to see the larger picture: that we love each other, and being right isn’t nearly as important as maintaining respect in the relationship.

I have no doubt that we’ll disagree again, and I’ll need to be right again. In fact, it will probably happen before this article is even posted. But now I know what it’s like to admit to being wrong, and not just because I wanted a fight to end, but because I was able to force myself to see things his way. And that’s a game-changer.