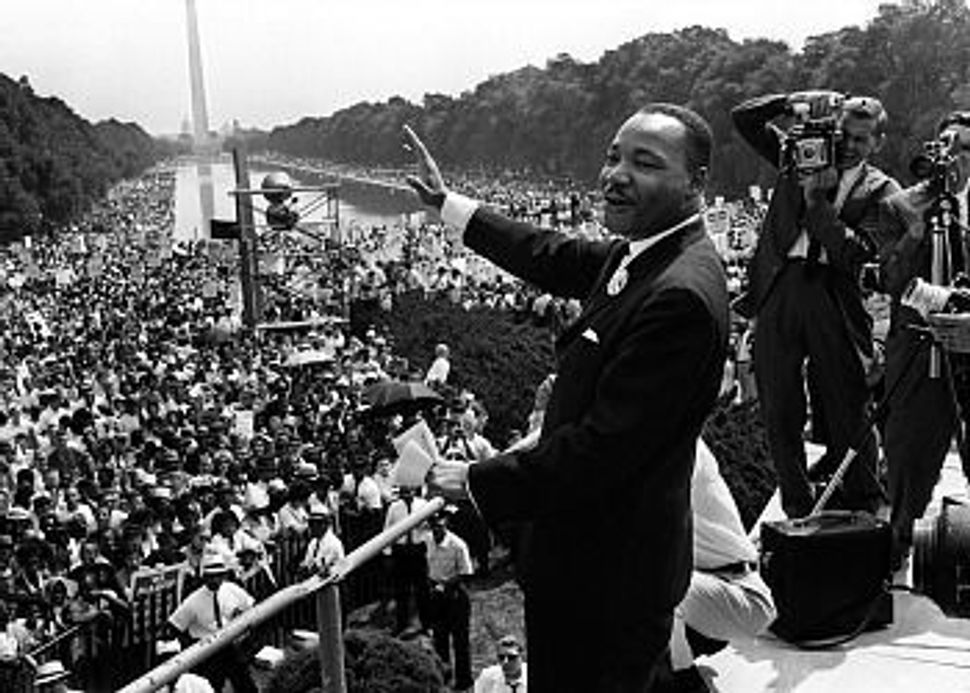 The connection between Dr. Martin Luther King and Rabbi Abraham Joshua Heschel is one that I learned of during my conversion process. When only one month a year is given to Black History, certain events are sure to be left out. While my parents did an amazing job sharing their personal insights and memories of the Civil Rights movement, much of my learning happened while studying Black History in college. Still, it wasn’t until I started studying Judaism that I learned about the partnership between King and Heschel.

“I also want to say that I consider it a great honor to share this program with Dr. Bennett, Dr. Commager, and Rabbi Heschel, and some of the distinguished leaders and personalities of our nation.”

The speech was given to both congregational and lay leaders concerned about Vietnam. Unlike many of his prior speeches, “Beyond Vietnam” alienated King from many people who’d previously supported him, including the President. King was concerned not only with the war itself, but how the war took money away from social services here in the U.S. The speech did, however, signal a push for his advocacy for a social, political and economic shift in his message. While civil rights were at the forefront of his work, King witnessed the disadvantages poor communities, both black and white, faced in America — and worked heavily to bring it to the attention of the U.S. government.

Heschel, also concerned with the poor, continued to be an ally to King.

One year later, King was gunned down at the Lorraine motel in Memphis, Tenn. He was only 39 years old.

Had Dr. King lived, he would be 84 years old today. While Martin Luther King Day is in January, on this, his yartzeit, we remember the man who died fighting for civil rights for black Americans, the poor and the disenfranchised. We live in a world where war continues to plague our nation; where resources are taken from those who need it most, where undocumented citizens and LGBTQ citizens are denied basic civil rights.

How are we keeping Dr. King’s dream alive?

In “Beyond Vietnam,” King said, “We are called to speak for the weak, for the voiceless, for victims of our nation and for those it calls enemy, for no document from human hands can make these humans any less our brothers.”

This video was shared on my Facebook wall a few weeks ago. It opens with a heading that says, “Dr. King, 84, champions Immigration Reform.”

In the years since King’s untimely, death memorials have been erected, streets and bridges bare his name and the nation remembers him and his words yearly. His legacy lives on in all of us in a way that I hope he’d be proud of.