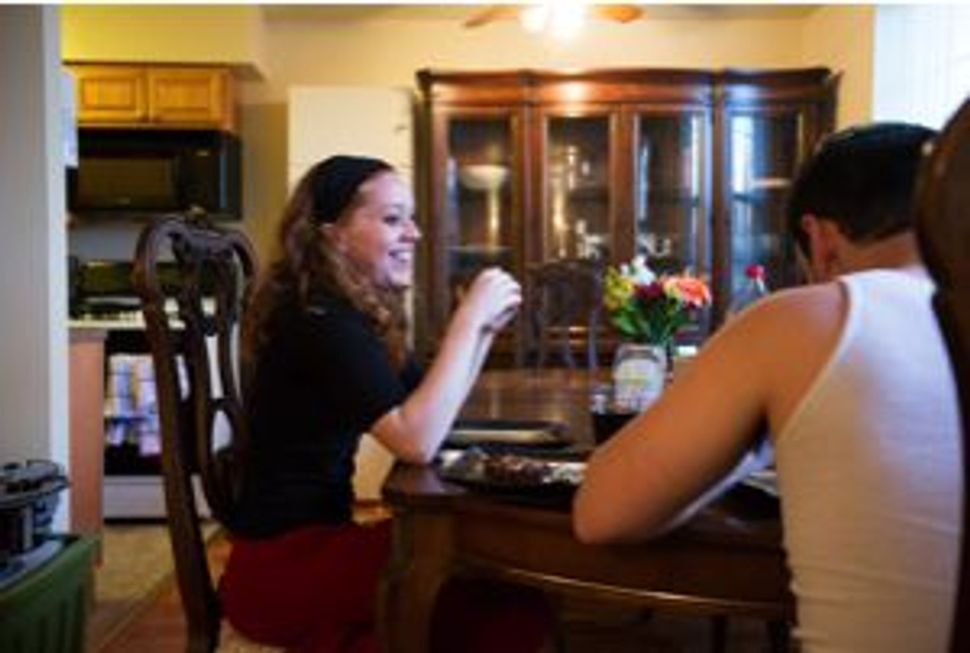 At Home: Living together after marriage is not so simple. Image by Claudio Papapietro

In order to get your driver’s permit — in order to get on the road and operate a vehicle 300 times your weight with the terrifying ability to crush another human being if handled improperly — all you need to do is sit in a classroom and learn the theoretical rules of handling that vehicle. Of course, if you’re like most American teens, you’re probably not even paying attention in the class, but even if you do, as soon as you hit the road you realize something: All the studying and memorizing in the world cannot prepare you for the actual experience of driving. You have to learn by doing, and that’s terrifying because you’ve never done it before.

This is just like marriage. You can read every single book out there to prepare you, but it just isn’t the same as being married. Marriage is a scary thing for many people; it can’t crush another human, at least not literally, but it inevitably will change your life and the life of the person you marry. And marriage presents, at least for the Orthodox Jew, a plethora of new experiences that have remained hitherto on the pages of books or spoken about among peers and in classes.

Among others topics, I’ve written about on this blog: niddah, mikveh, and yes, sex. I learned and heard and spoke and read about the topics and their details before I got married, but many things didn’t really click until after I had experienced them for myself.

Let’s take, for example, living with another person. Every single book I’ve ever read talks about how hard it will be to live with a spouse — and I’m not even talking advice books here, I’m talking novels. That message is thrown at you in every possible way. I read about it so much I thought I knew what was coming. “Well, marriage will be tough, but we love each other and we know what’s coming, so we’ll work through it.” Easy peasy.

But then we got married and a few months in I noticed that whenever Jeremy puts the knives back in our fancy little knife block, some are turned around the wrong way. They come all facing one way. They’re clearly supposed to go the same way. It’s so obvious and so easy to me.

But for some reason, Jeremy just shoves them in helter skelter, throwing off my OCD need for organization and pattern. It’s really the smallest thing, and I can — and do — just turn them back around myself, but it bothers me in a way I never thought was possible.

And in the middle of the night, when Jeremy reaches for the blankets and I’ve got them all wrapped around me, I have no doubt that he thinks to himself that I’m more bothersome than he ever thought I could be before we lived and slept together. (Or, since it’s the middle of the night, he probably thinks something more like, “Grnnnthh” but that roughly translates to the same thing.)

Sometimes we get so annoyed with each other that we need space. But we live together. But we knew that living together would be hard and we loooove each other, right? Yeah. But it’s so much harder than either of us could have pictured in our pre-wedded bliss. And here’s the secret reason why: In the middle of whatever drama is ensuing, thinking about how much you love your spouse just isn’t going to make the problem go away. Trust me. I’ve tried.

The same rule applies for hundreds of other aspects of marriage, many of them a lot more difficult to contend with than backwards knives, such the constant need for communication, or the hardships of niddah. You can read about it all day long for every day of your engagement, but the reality doesn’t hit until it’s, well, real. Only then can you turn around and say, “Oh, that’s what they meant when they said that.”

You can and should prepare — don’t go in blind — but a lot of what you hear and see won’t hit home until you’re in the moment, handling that vehicle, and hoping to God you’re doing it right.