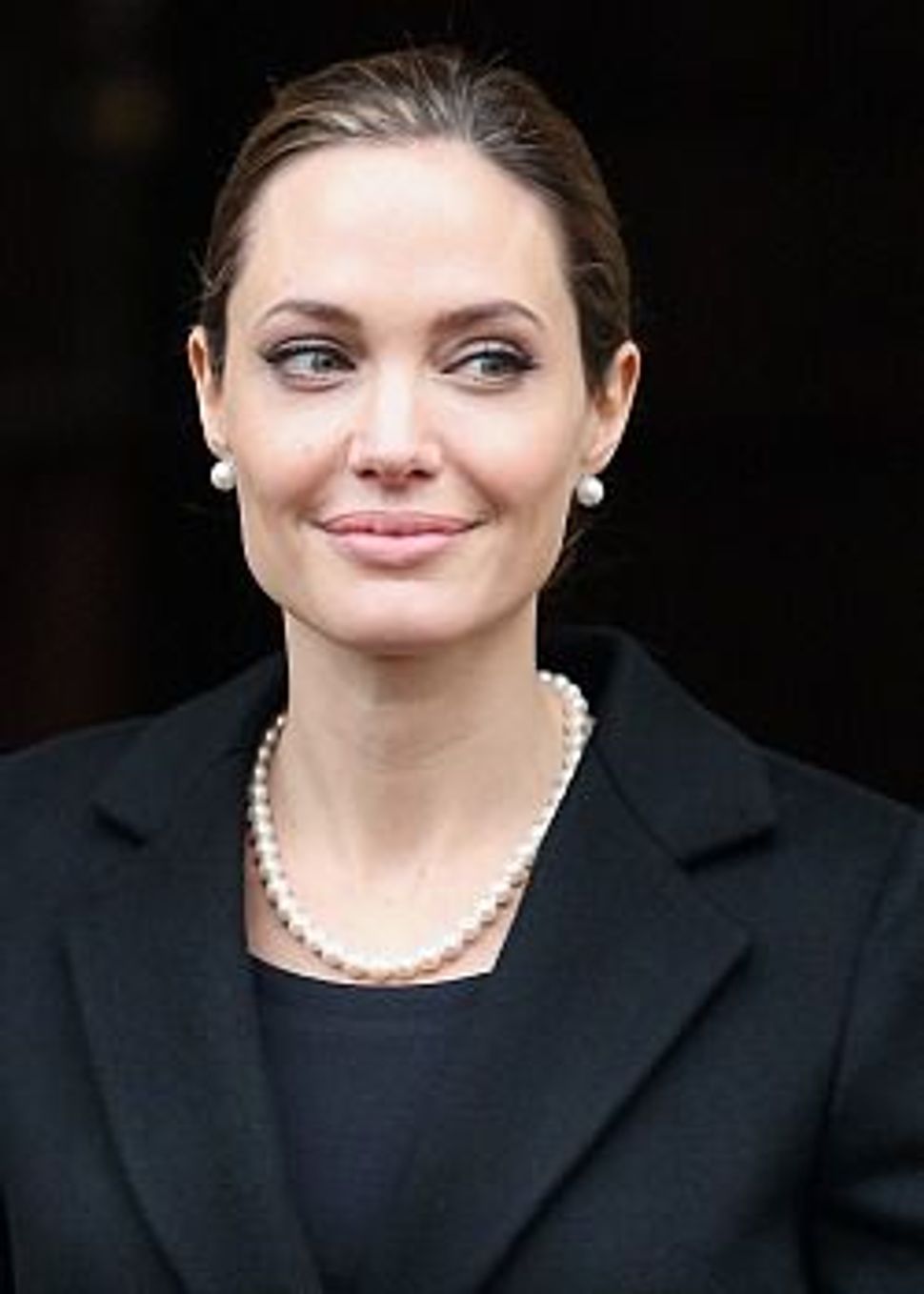 The personal piece actress Angelina Jolie published today in the New York Times should put to rest any question as to her seriousness. Say what they will about her in the tabloids, it is clear from her sharing that she has recently undergone a preventative double mastectomy that she is a woman of conviction.

Convinced that she has a better chance of living a long life without her natural breasts (she has had a series of three surgeries, the last being reconstruction with implants), Jolie has gone where most, if not all, other Hollywood actresses would not. I guess it’s hardly surprising given that she, as UNHCR Goodwill Ambassador, has already readily traveled to dangerous places.

Jolie carries the BRCA1 gene mutation, common among Ashkenazi women. Her mother also died of cancer at age 56. And so Jolie, only 37, decided to not wait to see if she would eventually develop breast cancer herself. She wrote that doctors originally told her she has an 87% risk of breast cancer and a 50% risk of ovarian cancer. “My chances of developing breast cancer have dropped from 87% to under 5%. I can tell my children that they don’t need to fear they will lose me to breast cancer.”

Reading Jolie’s piece in the Times immediately made me think of an interview I did with Drs. Jerome Groopman and Pamela Hartzband of Harvard, the husband-wife team who wrote “Your Medical Mind.” In the book, they analyze various patient mindsets and attitudes toward medical decision-making. We all fall somewhere along three continuums: maximalist-minimalist, believer-doubter, and technologist-naturalist.

Jolie, with her belief in taking radical action to fight the odds, appears to be (at least in this case) a maximalist-believer-technologist. I so admire her for that. Our medical minds, as Groopman and Hartzband call them, are often hardwired into us due to factors relating to both nature and nurture. But that’s not to say that we cannot change our outlook.

Going public about her preventative double mastectomy, Jolie has shed star-wattage light on the issues of BRCA screening and the surgery option. There are women who have firmly decided that they do not want to be screened, or that they do not want to undergo preventative surgery. But there are others who are either in the dark or on the fence. And for that reason, despite whatever criticisms we may have about celebrity culture, we should be thankful to Jolie for heightening awareness of the options women have.

Thanks to her piece in the Times, people will soon forget about her leg and focus on her breasts — which is obviously exactly what she wants, and something I would imagine most women, in this case, would have no qualms about.