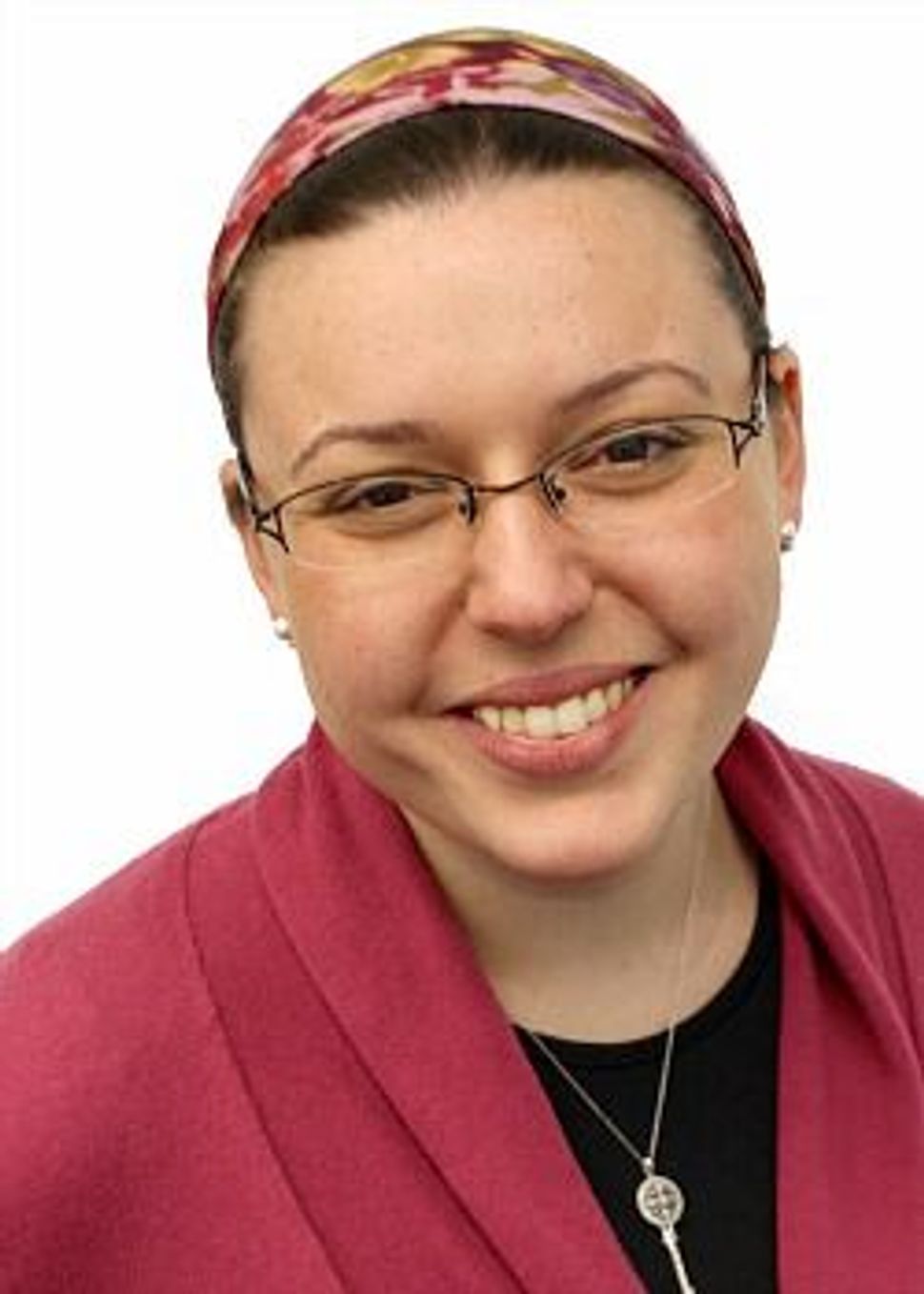 On June 16, three young Orthodox women will receive a title that no woman (or man) before them has ever held: maharat (short for Manhiga Hilchatit Ruchanit Toranit, which means leader in Jewish law, spirituality and Torah). The graduation of the first class from Riverdale’s Yeshivat Maharat, which trains Orthodox women to be spiritual leaders, has sparked some controversy in the Orthodox community. But, beneath the debates are three women in their late 20s and early 30s who are dedicated to the study of Jewish text and finding a role for women in traditional Judaism.

My former college classmate, Ruth Balinsky Friedman, is one of these women. This summer, she will become a member of the clergy at Ohev Sholom, The National Synagogue in Washington, D.C. I spoke with her about her decision to become a maharat, what it’s like to follow in her father’s footsteps and her thoughts on women’s prayer at the Kotel.

DEVRA FERST: What led you to become a Maharat?

RUTH BALINSKY FRIEDMAN: After college I wasn’t really sure what I wanted to do. [But] I really thought I wanted to enhance my Jewish education. So I went to Drisha — a non-denominational institution that provides opportunities for women, post-college, to learn, that was founded at a time when women didn’t have a safe space to learn rabbinic texts.

Women at Drisha were eligible to participate in programming for rabbinical students in [New York] in interfaith work and social justice work.… It was a path that I fit into. I put on the glove and it fit.

In March 2009 there was a ceremony for Rabba Sara [Hurwitz] and then a few months later, they announced the opening of Yeshivat Maharat, which would train me to do exactly what I wanted to do.

What’s your own religious background? And how has your family reacted to your decision to pursue this path?

My dad is an Orthodox rabbi. He’s been incredibly supportive [and] he’s on the advisory the board for Yeshivat Maharat. Actually, all three graduates are daughters of rabbis, which we only realized when saw our names in Hebrew. It’s sort of the story of kids growing up to do what their parents did.

There’s some precedent in the Gemara of rabbis’ daughters having a lot of biblical knowledge.

Is there any discussion of that at school?

Not in group sessions, but that example is cited sometimes to show women have been involved in study before.

Does it frustrate you that women are not allowed to be rabbis in the Orthodox community?

There are other streams of Judaism that allow women to become rabbis. Why not select one of those programs?

To me, first and foremost, my orthodoxy is my identity — well, that and my Jewish identity. I feel orthodoxy is my community. It would be a dishonest representation of who I am to study in a different yeshiva.

How is your role and the role of other Maharats different from that of a rabbi?

The Maharat fills a role of leadership whether in synagogue or Hillel or Jewish institution. It’s similar to the position that a rabbi would fill. My job in D.C. will be teaching classes, providing pastoral care, working on kids’ programming, helping with bat mitzvahs and a whole range of things in the shul.

Is there an area you think Maharats can specialize in?

I think our knowledge and sensitivity to women and niddah will be part of that. That’s not the focus of the program but it’s a natural evolution. Ohev Sholom, the shul I will be working for, is process of building a mikvah. I will have a hands-on opportunity to teach kallah classes and set policy for the mikvah.

What role do you think Maharats will play in inspiring young, observant girls?

I think a really important part of it is to show girls younger than myself that you can study and lead in the community and to provide that precedent for girls growing up.

You said you’ll be working on bat mitzvahs. What did a bat mitzvah look like for Orthodox girls when you were growing up?

Different orthodox shuls have different policies. Some give a d’var torah. Some have a women’s t’fillah service where a bat mitzvah might read from the Torah. I led a Passover Seder for my bat mitzvah. It’s about continuing finding creative ways of incorporating girls into shul life.

Part of my job is to figure that out. I want to let girls feel like they can be involved in Jewish life when they’re stepping into adulthood.

Changing topics for a minute, what do you think of the recent controversy over women’s prayer at the Kotel?

It’s been really heavy. Last Friday was nuts. I think it’s really important to provide people and women a space where they can pray how they want to pray and in a way that is meaningful and engaging to them. And I don’t think communities should be fighting that prayer expression. It makes me sad. I think it’s unfortunate that efforts to pray in a peaceful way have been suppressed.

What do you wish you had known going into school? What would you tell yourself if you were five years younger?

What I do tell entering students and what I wish I could’ve told myself is that you will feel so much support and love from your community and you don’t need to be anxious about what the future will look like.