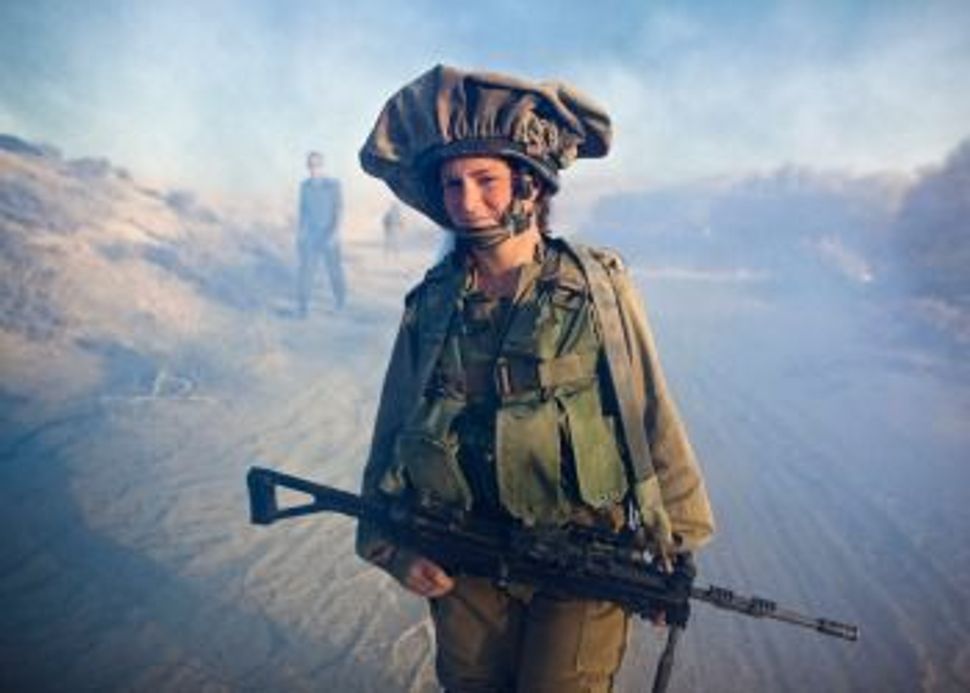 A female soldier from the mixed-sex Caracal Battalion in action during training near the Israeli-Egyptian border. Image by Uriel Sinai/Getty Images 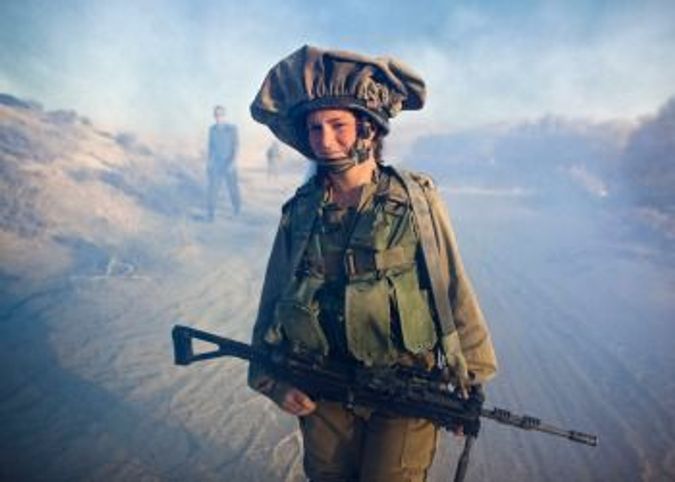 A female soldier from the mixed-sex Caracal Battalion in action during training near the Israeli-Egyptian border. Image by Uriel Sinai/Getty Images

When the Pentagon announced plans to open combat jobs to women, the Israel Defense Forces naturally came up in conversations about putting female soldiers on the front lines.

Like Israeli men, women are required to serve in the military, and they make up about 3 percent of combat soldiers in the I.D.F. In the Sisterhood, Noga Gur-Arieh wrote that while she didn’t serve in a combat role, she’s glad other Israeli women have the right to do so.

This week, NPR took a look inside the I.D.F.’s elite Caracal Battalion, which is 60 percent female.

Leora Prince, a 21-year-old sergeant from New Jersey who made aliyah to serve in the I.D.F., told NPR that switching to Caracal was the best decision she ever made. And her commander, Capt. Yaron Eyal, said he trusts Prince and the other female troops to watch his back.

But Miri Eisen, a retired colonel, said there’s still a glass ceiling in the I.D.F. “I think every military is a boys club,” she told NPR. “It’s still a majority of men who are going to choose that way of life.”

What do you think? Have you served in the I.D.F. or do you know women who have?