King and Queen of Set-Ups 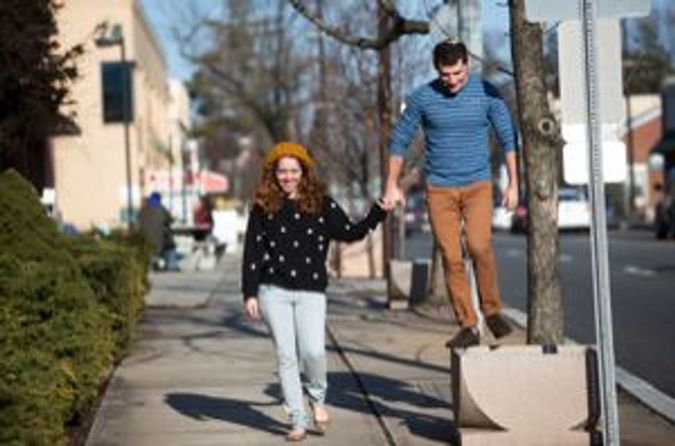 Walk Tall: Simi and Jeremy have no shame about wanting to set you up with their friends. Image by Claudio Papapietro

I’ve been married for six months, and I’ve been struck with that most humiliating of marriage bugs: the one where married couples decide they simply must set up all their friends. When I was single, this was the most irritating behavior on the part of my engaged and married friends. Now I’ve become that annoying person, and I can’t shake the part of my brain that, upon meeting someone new, immediately shuffles through all my single friends until one more or less matches.

Back before I had this most exasperating quality, I figured couples tried to set everyone up because they were so happy, so all their single friends must want to be coupled up to be just as blissfully blithesome as they were. Now that Jeremy and I have joined their ranks, I think the reason is a lot more selfish: I think we try to set up our friends because we want more couple friends. Couple friends are more equal-opportunity for other couples. There are two people to hang out with, so when Jeremy is discussing free will with one, I can talk about anything else with the other, instead of going into a JD-esque daydream a la “Scrubs.” And vice versa. It’s all part of a scheme, really: pair everyone off, then convince them to move to our neighborhood.

The worst part of it all, other than annoying all of our single friends and giving them more reason to hate married couples, is that Jeremy and I are not exactly experts at setting people up. The only couple we’ve successfully matched off was completely accidental; they met at our engagement party and if they hadn’t hit it off on their own, we never would have thought to set it up. (Now, of course, we take full credit for their being engaged so we can have one couple on our record.) With everyone else, our thought process goes something like, “Oh he’s smart and weird, and she’s smart and weird, maybe they’ll like each other.” Plot spoiler: it usually doesn’t work. But our incompetence doesn’t keep us from trying. Like kids who just can’t take a hint, we embrace the philosophy of, “If at first you don’t succeed, just keep trying until everyone hates you.”

Of course, recognizing this about ourselves won’t keep us from continuing to do it. We just have a lot of awesome friends and want to set them up with other awesome people. It’s become an automatic reaction to meeting someone around my age and single: who can I set them up with? Which of my friends would they get along with? Who knows? Throw enough people at them and one of them might stick. (For all my friends reading this, it’s really just because we like you. I promise.)

In our defense — I clearly judge myself for this behavior — one of our friends pointed out recently that not everyone wants to be married, so we probably shouldn’t foist our own ideas onto them. We acknowledged that, and the only people we’ve really tried to set up are those friends who we know are looking to meet someone. Mostly. Plus, there’s some Jewish wisdom — I have no idea what its source is — that if you set up three couples you go to heaven. And Jeremy and I wouldn’t say no to a bit of help getting there.

King and Queen of Set-Ups