Why I Only Date Jewish Guys 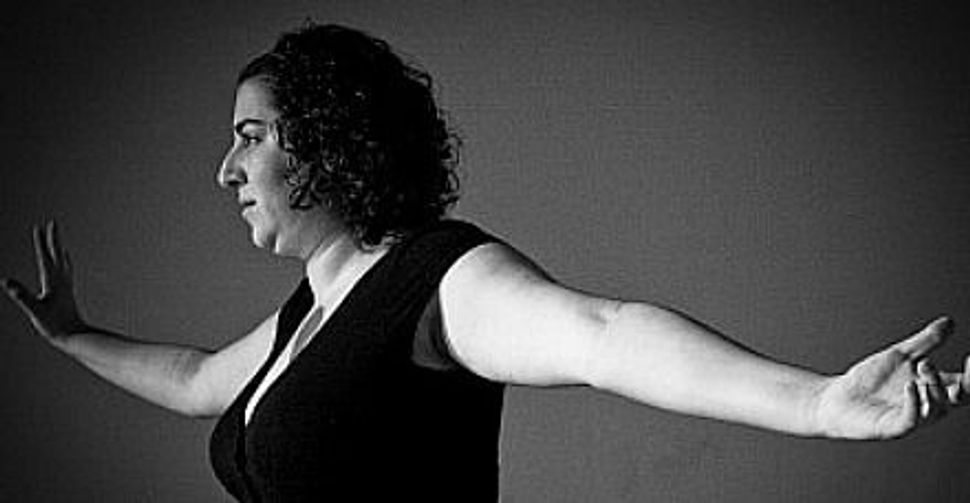 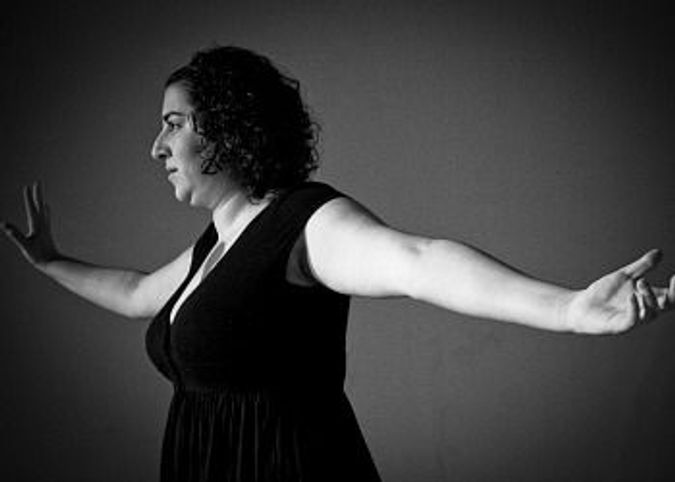 Caroline Rothstein performs her poem ?The Slut? in Astoria, Queens, April 4, 2009, the night she met Jonathan. Image by Jonathan Weiskopf

Growing up, two things were clear: I had to go to an Ivy League school and I should marry a “nice Jewish boy.” My partner of four years is a nice Jewish boy from Long Island; he is my longest and most serious relationship. Before Jonathan, my foremost relationships lasted three months each. The first was with my best guy friend from growing up (not Jewish) whom I was dating at my Bat Mitzvah. The second was during my sophomore year of college; he was three years older, Jewish and an assistant coach for my college’s men’s tennis team.

To me, finding a nice Jewish boy was crucial to finding a lifelong partner. All but one of my longest crushes and infatuations were Jewish. When I daydreamed about twentieth dates, and creating a home, and standing under the Chuppah, I could never envision anything realistic with a non-Jew. Whether this was based on my parents’ urgings or my own innate desire, is still unclear.

I met Jonathan while he was photographing a spoken word poetry event in New York City. I was performing a raunchy rant called “The Slut” about no longer dating or hooking up with random guys who made me feel objectified. Instead, I was “closing up shop,” I said. “Only the worthy could feel my curvy physique and kindly make love to my sexual mystique.”

Jonathan pulled me aside, pointed to a photograph he took of me, deemed it his favorite and friended me on Facebook a few days later.

He had me at his profile — Jewish, artist and Phish fan. Those were three of my “non-negotiables,” as Millionaire Matchmaker Patti Stanger would say (though I was willing to forgo a fellow Phish fan as long as he loved music). For Jonathan, finding a “nice Jewish girl” wasn’t vital. His two longest relationships had been with a Southern Pentecostal minister’s daughter and a relatively non-observant half-Jewish, half-Christian girl from Long Island.

“Because you are [Jewish], it’s an important part of our relationship,” he recently told me.

Sometimes this notion of finding a “nice Jewish boy” or a “nice Jewish girl” feels as Jewish as Matzah, or Shabbat, or Yiddish words. Yet, I know that interfaith couples survive, that their love sustains an incredible bond and their kids grow up nurtured by love — god or not. I’m ordained by the Universal Life Church; I’ve married a Catholic friend and her Jewish husband; I’m officiating my cousin’s marriage to a Irish Catholic girl this summer. Yet amidst these blossoming and successful relationships to which we all stand witness, I still wonder, I still grapple — why does it all matter to so many of us? I wanted to understand why, so I asked two Jewish friends who are both single and in search of a “nice Jewish boy.”

My friend Mara Scott, 31, is a network-marketing entrepreneur and holistic life enthusiast from New Jersey. She feels strongly about partnering with another Jew and values the strong foundation of shared cultures, family, food and holidays. Still, her only relationship of significant length was six years with a non-Jewish guy. It ended the day she returned from a Birthright trip in Israel in August 2008.

“We were both maybe aware that we weren’t necessarily in the right place to move forward,” she said, “so it’s not like everything was amazing and then I went to Israel.”

She met a Jewish guy on her trip, and while nothing happened between them, he was the first Jew to whom she was ever attracted. “Something strengthened in terms of my values and beliefs when I was in Israel,” she said.

For my friend Phillip Bergmann, 29, an artist manager who works mostly with classical instrumentalists, opera singers and other performing artists, his commitment to finding a “nice Jewish boy” stems from values instilled by his parents and a shared understanding of Jewish heritage.

“We were always, always the oppressed under every societal rule under which we lived for the last few thousand years,” he said. “Someone can love you wholly and completely, but I believe it’s on another level for someone to get inside what we’ve been told since day one, that someone tried to get rid of us. That is something that I hope most people don’t understand.”

When Phillip first moved to New York several years ago, he went out with a man on what remains one of the most interesting first dates of his life. He recalled the date to his father, telling him the good stuff — the guy was well educated, had a good job, had gone to a good school. The stuff parents want to hear. Then Phillip’s father asked, “Is he Jewish?”

He wasn’t. He was Persian, and Phillip is near certain that had his date been of another background, his father wouldn’t have responded, “Please don’t do this to me.”

Since his father passed, Phillip’s desire to meet a Jewish guy has only intensified.

“I want someone to carry on that torch, the way that my dad passed it to me,” he said.

It is important to me that Jonathan is Jewish. I don’t care that he doesn’t go to shul on the High Holidays or embrace many of the customs and rituals I do. I care there is an unspoken understanding about our heritage.

Yet we both value diversity. We both care deeply about having friends — chosen family — who are not Jewish, not white, not replicas of ourselves. So I struggle with accepting my care for being with “a nice Jewish boy” while simultaneously supporting interfaith partnerships and multi-cultural families nationwide.

At a recent gig, I performed a poem about the intersection between my body image and Jewish identity. A middle-aged man came up to me — himself Jewish — and asked if I was in a relationship. I said I was. He asked if my partner was Jewish. I said he was. He said that was good.

I was frustrated, disturbed and offended by his comment. I wanted to tell him it didn’t matter — it shouldn’t matter — even though, no matter how much I stretch my values in every other aspect of my life, it does. To me, and many others, it matters.

Why I Only Date Jewish Guys