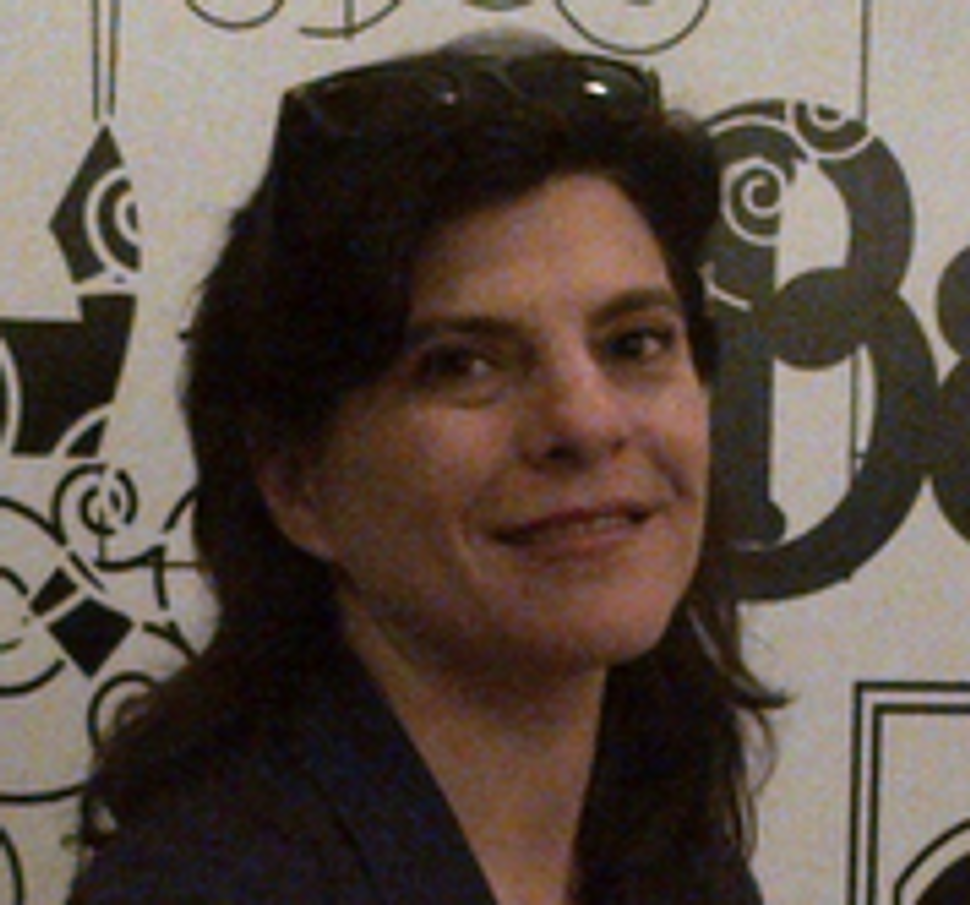 Like in much of the pundit world, those who opine on Israel and the Middle East tend to be disproportionately male. According to the OpEd Project, men continue to be 80-90% of key contributors to opinion forums, guests on TV talk and new shows and authors of editorials in newspapers and magazines. The OpEd Project also found that when it comes to international politics, women’s opinions only account for 13% of commentaries.

While there are no studies of the male-female-ratio of Middle East experts, we have reason to suspect it isn’t much better.

So, we created a list of nine Jewish women who we believe should be more regularly quoted, published and interviewed on Israel and the Middle East. Next time you are putting together a panel, looking for an oped or just some smart insight on all things Israel, we suggest you reach out to one of these women.

LARA FRIEDMAN is Director of Policy and Government Relations for Americans for Peace Now. She is an expert on U.S. foreign policy in the Middle East, Israeli settlements policy and Jerusalem, about which she frequently briefs Members of Congress, U.S. Administration officials, foreign diplomats and others in the foreign policy community. She writes often about the Middle East for the Huffington Post and other publications. Also, during her time as a Foreign Service Officer she served in Jerusalem, Washington, Tunis and Beirut, and is fluent in French, Spanish and Arabic. So there.

RUTH GAVISON teaches human rights at Hebrew University and is the founding president of Metzilah, a Center for Zionist, Jewish, Liberal and Humanist thought. She was also a founding member of ACRI, the Association for Civil Rights in Israel; has taught at Yale and the University of Southern California, and was a fellow at Princeton’s Center for Human Values. In 2005, she was a nominee for Israel’s Supreme Court and in 2011 she was awarded the Israel prize. She knows her stuff.

EVELYN GORDON is a journalist who covered business and government for the Jerusalem Post, where she also had a regular column from 1998 to 2009. Today she contributes to Commentary while also writing for the English edition of Haaretz and is a contributing editor of the Israeli quarterly Azure. Gordon immigrated to Israel in 1987, right after obtaining a degree in electrical engineering from Princeton University.

JO-ANN MORT’s commentary and reporting on Israel and Palestine have appeared in the Chicago Tribune, LA Weekly, LA Times, Haaretz (opinion pieces), Dissent magazine, the Forward, JTA and the American Prospect, among other publications. She is the vice chair of Americans for Peace Now, the author of “Our Hearts Invented a Place: Can Kibbutzim Survive in Today’s Israel?” and most recently has taken on the Boycott, Divestment and Sanctions movement as a viable tool for progressives. (Full disclosure: Elissa Strauss is a writing consultant for Jo-Ann Mort’s strategic communication firm ChangeCommunications.)

LAURA ROZEN is a foreign policy reporter and Forward contributor who currently writes for AL Monitor. She has also written for Yahoo! News, Politico, Foreign Policy and Mother Jones among other publications. Her reporting has been featured on NPR’s “Fresh Air with Terry Gross” and on NBC’s “Meet the Press,” and she has a master’s degree in public administration from the Harvard Kennedy School of Government, with a concentration in international security studies. Not convinced? Check out her insightful reporting on Iran here.

TRUDY RUBIN is the foreign affairs columnist for the Philadelphia Inquirer where she writes the biweekly, widely syndicated “Worldview” column. She knows the Middle East inside and out, travels there frequently, and also has expertise in international terrorism and U.S. foreign policy. She’s lived in Jerusalem and Beirut and has visited Iraq 10 times in the last decade. Her columns on the Middle East made her a finalist for the Pulitzer Prize in 2001.

LAURA SECOR is a freelance journalist whose insights into Iran’s political culture appear in respectable publications like the New Yorker, the New York Times Magazine and the Atlantic. She has been a staff editor of the Times op-ed page, acting editor of The American Prospect and is currently working on a book on Iran. Most recently she gave her two cents on the Islamic Republic in Tehran for the Times Sunday book review.

TAMARA COFMAN WITTES is a senior fellow and the director of the Saban Center for Middle East Policy at Brookings. Previously, she was the deputy assistant secretary of state for Near Eastern affairs from November 2009 to January 2012 and coordinated U.S. policy on democracy and human rights in the Middle East for the State Department. She also played a big part in the U.S. government’s response to the Arab awakening and is the author of the book “Freedom’s Unsteady March: America’s Role in Building Arab Democracy”.

We would also like to point out that the Forward’s editor is also a great source for all things Middle East.

JANE EISNER is, as many of you know, editor-in-chief of the Forward, the first woman ever to hold that position. Before taking on this important role, she spent 25 years at the Philadelphia Inquirer, where she held both reporting and editorial positions. As editor of the Forward, she writes and opines frequently on the Middle East and has made appearances on national news programs and in newspapers around the world.

This is not a comprehensive list but rather just a start. Please share your female Middle East pundit recommendations in the comments section below.