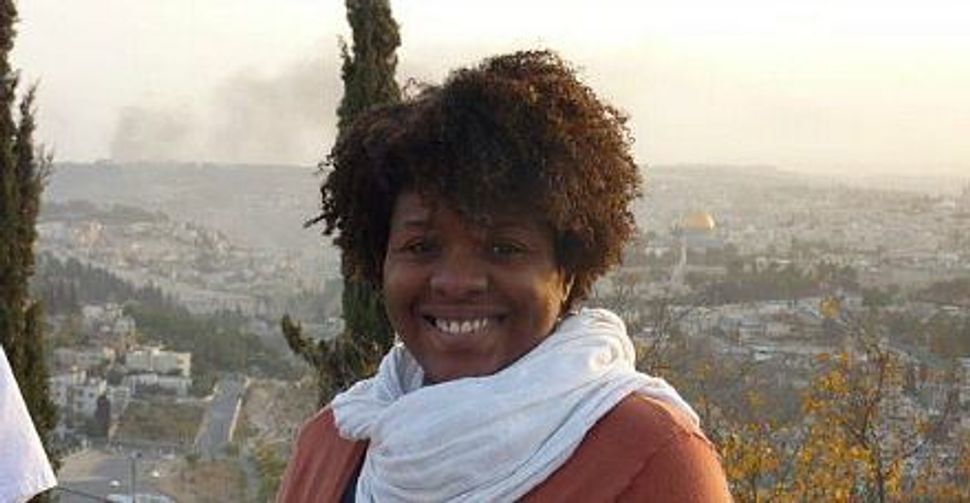 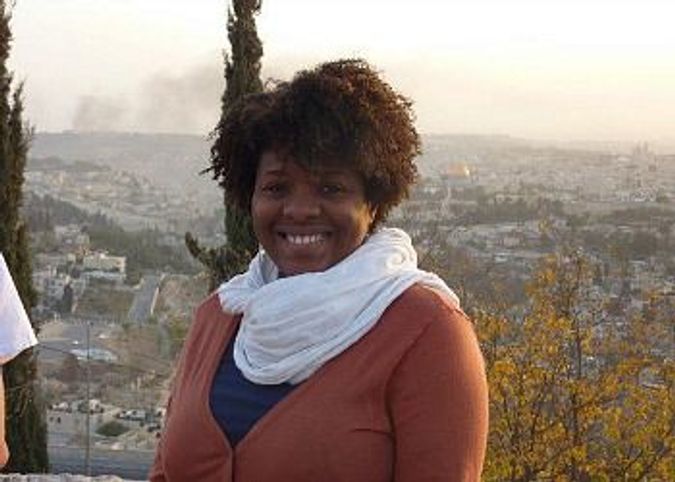 When people ask what kind of a Jew I am, I tend to answer, “just Jewish.” It’s easier than explaining the Refoconservadox-style of Judaism I practice, and by that I mean that I pray in Conservative synagogue, keep what some would call eco-kosher (which does not abide by any halachic standard for kashrut) and wear pants and tank tops as often as I wear skirts that cover my knees. I’ve often described my way of moving within the different denominations of Judaism as wrapping myself in the traditions that speak the most to me, which is interesting when contemplating how, when and why I wrap my hair.

Whenever I think of the similarities between Jewish women and black women, hair is always high on my list. Like many black women, I relaxed mine for years. Seven years ago I stopped chemically straightening it, allowing it to grow in its natural coiling, zig-zagging state. I love my hair — most of the time — and when I don’t, I wrap it in a scarf.

Wrapping my hair is less about covering it and more about putting something on my head as a physical reminder of greater spiritual power. I don’t think my hair is particularly sexual or that it’s a private thing between my partner and me, but I’m admittedly intrigued by the religious significance of married women covering their hair. Something about wearing a scarf paired with a long skirt just makes me feel more Jewish.

It was, in fact, in Israel that I felt the most normal — and Jewish — wearing a scarf and skirt, because the majority of women in Jerusalem, whether Jewish, Muslim or Christian, dressed just like me. When I visited, I wore long skirts and at times covered my head out of respect for the holiness of the place. While shopping in the markets, I was spoken to in Hebrew as well as Arabic, but rarely in English. The religious anonymity was refreshing and at the same time slightly jarring. As a black woman, I’m used to explaining how it is that I’m Jewish, but in Israel I never had to explain; I simply was. Religious dress in the United States is usually more easily identifiable; a woman who covers her hair is usually more religious than a woman who does not.

Back on the streets of Brooklyn, where I live, I conducted and informal experiment. After a particularly grueling fight with my hair one day, I wrapped it with a scarf and put on a t-shirt with a skirt down to my ankles. At the time, I was living in a religiously diverse neighborhood made up of visibly Muslim people of African and Bangladeshi descent, Jehovah’s Witnesses and evangelical Christians.

My walks to and from the train were normally my least favorite part of the day. Men were always wishing me a “good morning” in a way that would make a phone sex operator blush, and telling me to smile because I was much prettier when I smiled.

On the day of my experiment, as I approached the group of young men that commonly occupied a corner a few blocks away from the subway, I held my breath in anticipation of their morning “compliments.” I was relieved (and a bit confused) that not only did they remain silent but also seemed to divert their eyes. Suddenly, these same men seemed to find my appearance, with the head scarf and long skirt, a lot less sexy. I don’t think I was imagining it, because the next day, when I wore black jeans, a v-neck t-shirt and hair wrap, I got a standard “good morning!” and a wink from one man, plus a “lookin’ good” from another a few blocks later.

On the last day of my unscientific experiment, I wore my hair in all of its messy, curly glory and threw on a vintage sleeveless dress. On my walk to the train, I received the normal unsolicited well-wishes as I walked past the men on my way to work. Why is it that a woman who is dressed a certain way deserves respect and a woman who dresses another way deserves to be objectified? I longed to dress in a scarf and long skirts daily, if only to avoid being catcalled. But that didn’t feel right.

According to the website Stop Street Harassment, street harassment is defined as any action or comment between strangers in public places that is disrespectful, unwelcome, threatening and/or harassing and is motivated by gender. Thinking about street harassment inevitably means thinking about Judaism — and the choices that we, as women, make when we open our closets each morning.

Reading Lilit Marcus’s description of the street harassment she received in Williamsburg, Brooklyn, I was reminded of my own reasons for dressing modestly — why I make that choice, how modest dressing fits into my life as a secular, queer Jew, and the frustration I sometimes feel not being able to dress how I please. On one hand, wearing longer skirts feels very Jewish. At the same time, dressing this way can feel a bit like a ruse, as I’m not an Orthodox Jew. It also feels like a slight towards my feminist mindset; shouldn’t I be able to wear what I want?

If I’m honest and I look a bit more critically at myself, I realize that I judge myself based on how I look and how I’m perceived. I wonder if my skirt is too short or too tight. I’m concerned about the amount of cleavage I’m showing. I wonder if my skinny jeans are too skinny. But I also judge what other women wear. When I see a woman who is covered, I think, She’s oppressed, doesn’t have a voice, and has no pride in how she looks. I also make judgments about women who dress in what some might consider to be an immodest fashion: She looks like a slut; that doesn’t fit her properly; she’s too old/fat/thin to wear that.

When it comes to me, do I dress modestly to feel closer to Judaism or to avoid street harassment? It’s a little bit of both. I started watching YouTube videos of Muslim and Jewish converts who’d taken on the obligation of modesty. I started reading modest fashion blogs, and as I learned about other women’s decisions to dress modestly, I realized that they didn’t feel frustration at being covered. They felt empowerment.