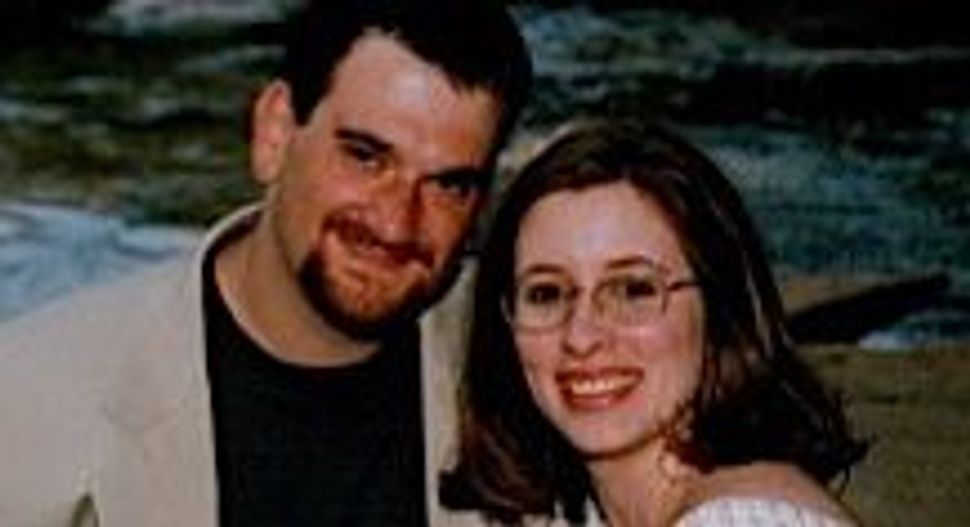 Image by Andrew and Jennifer Walen 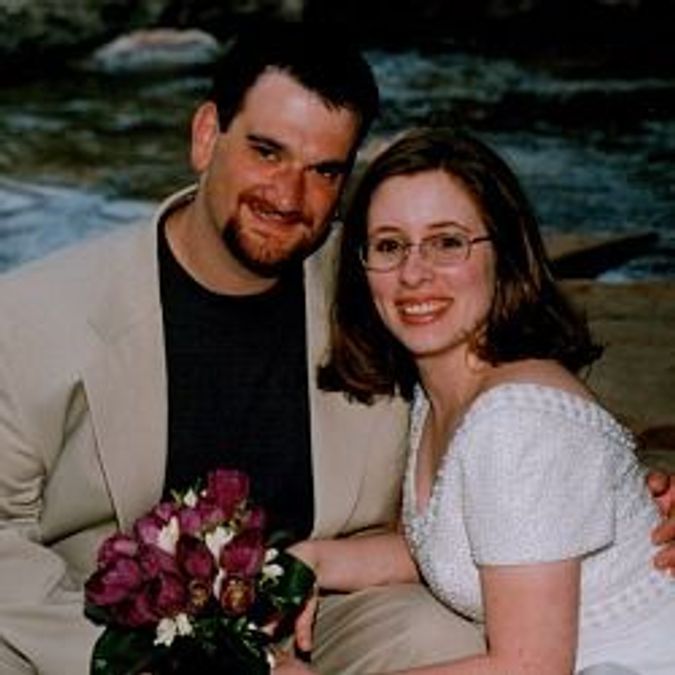 On a quest to explore the age-old Jewish tradition of finding a “nice Jewish boy” or “nice Jewish girl,” I recently wrote about my own partnership for the Sisterhood, as well as the experiences of a few single Jewish friends. But I wanted to understand, more deeply, how being with a Jewish partner — which feels so innate to me — is not an indigenous need for others.

What is it like when two parts of one partnership grow up in two different households with two different understandings of god or gods or neither? How do couples create one household with space for this plethora of ways in which to interpret both the tangible and intangible? To answer these questions, I turned my attention to interfaith couples.

Andrew and Jennifer Walen, of Baltimore, Md., are committed to building community, both within their relationship and beyond. Andrew, Founder and psychotherapist at The Body Image Therapy Center, grew up in a reform Jewish family where religion was generally tossed to the side as something to be chuckled at. Meanwhile, Jennifer, who works in development at the Baltimore Community Foundation, was raised a Southern Baptist in Texas. Her church mentors taught her to think, which ironically prepared her to embrace the diverse world into which she was flung as both an undergraduate in Boston and a graduate student in Nashville, where she studied religion and the Hebrew bible — and ultimately met Andrew.

“I got really weirded out,” Andrew said about the first time he learned Jennifer was Christian. He had dated other non-Jewish girls in Nashville who broke up with him because he was “Jewish and going to hell.”

But he and Jennifer persevered through difficult conversations about religion, culture, sexuality and growing up. How? They listened to one another; they steadfastly heard each other. When I spoke with them on the phone, the strength of their 13-year marriage was palpable in the way they passed the floor back and forth. Their compassionate banter was soothing.

“The fact that we actually made it through all of those conversations,” said Andrew, “and realized that as people, we still were drawn to each other, just as individuals, not our pasts…that’s really what sealed it for me… Our life together became a blank slate, and we could design it the way we wanted it to be.”

Convincing families to accept that blank slate can be difficult. Jennifer has heard comments from her sister that their father won’t say to her face. While she has never heard him say so out loud, she senses that her father believes that if her 11-year-old son doesn’t know Jesus, he’s going to go to hell. Yet, her father calls her son every week and they video chat. He’s an incredibly engaged grandfather despite living halfway across the country. He loves his grandson.

Jennifer’s mother accepts Andrew’s Jewish faith, but would prefer they were part of a religious community. While it’s been difficult for Andrew and Jennifer to find a good synagogue fit in Baltimore, as they had in Nashville, they agreed early on to create a Jewish home. Having studied Judaism academically, Jennifer has a tremendous appreciation for its rituals, the focus on family, and celebration around becoming an adult. Andrew’s father gave her a tablecloth — passed down through the family — which she cherishes as a token to continue the legacy of Jewish family traditions.

Listening to Andrew and Jennifer, it is clear their relationship is built on a deep faith and trust in communication and compassion. Being patient with themselves and open to their own growth has allowed them to grow together. Not every interfaith couple is able to push beyond rocky soil.

Yasin, who asked that his name be changed, is a 23-year-old research technician and poet. He is Muslim and graduated from a college with a rich Jewish heritage and student population, where he came to understand interfaith relationships. He met his current lover (a term they both choose to use instead of boyfriend and girlfriend) over a year ago in college. She’s Jewish and they’ve been together ever since. Things were easy then; real life didn’t matter.

In the real world, Yasin says, it “got real, really fast.”

He and his partner both accept the fact that their relationship has an “expiration date.” Their faiths, which are so intrinsically important to each of them in terms of raising families one day — simply won’t mesh. “Even though we love each other, we both love our families,” he said. “Our parents want our cultures to continue. I realize that as awesome as I am for her and how good we work, I know I ultimately can’t be what she’ll want as a husband. And that’s just real.”

But neither of them is actively searching for someone else. So until the inevitable break up, they’re enjoying themselves. “At twenty-three, we should just be focused on the fact that we’re supporting each other through potentially an unstable time in our lives,” Yasin said. “Regardless of the interfaith part, relationships in general are tough, and it’s important to live day by day.”

So often we say interfaith couples choose love over religion. That feels like a caddy and reductive way to describe Jennifer and Andrew’s bond and commitment, or the patience Yasin and his partner have cultivated in order to embrace their relationship, even if it’s only for now.

I’ve never questioned interfaith couples. As Jewish friends marry non-Jews, I stand by them unwavering, even as their families scream and stomp and shake their heads in disbelief. But while values vary from individual to individual, I remain intrigued by and perhaps in awe of those who push beyond family and traditional expectations, who anchor partnership in what appears to be an impenetrable patience.

I always evaluate material objects and experiences — from working out or wearing make up to having dinner with friends — as either an enhancement or an escape, and I view partnership as an enhancement. If a relationship serves as an escape from one’s self, it’s clearly not the right match. Andrew described Jennifer as his role model, someone who has been “integral” in his becoming a fuller person. What a beautiful manifestation of enhancement. And in the end, isn’t that what matters to all of us — Jewish or not?