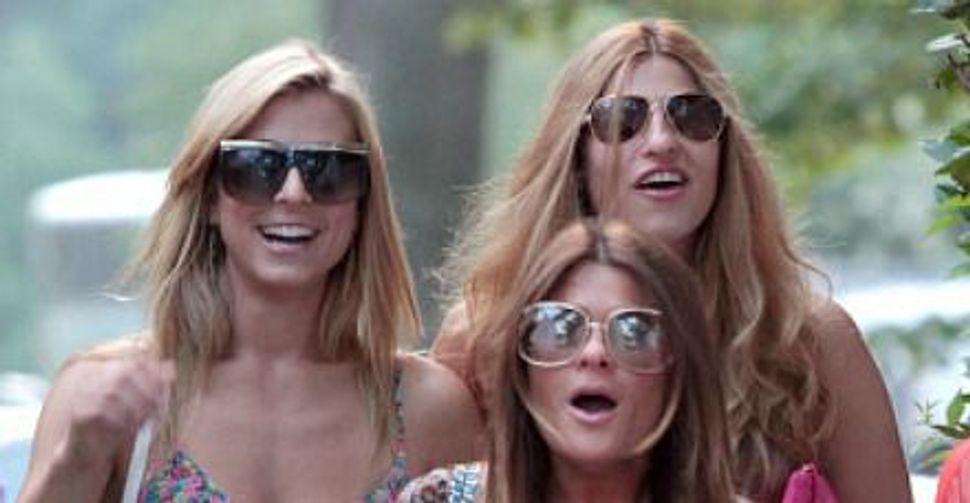 Bravo recently debuted their new reality show “Princesses: Long Island” which is about, in the network’s words, “six young women from Long Island who return to their pampered lifestyles in the comfort of their parents’ estates and at the expense of their fathers’ bank accounts.”

I was offended by the new Bravo “reality” show Princesses: Long Island before the first episode even aired. Based purely on the promo, as I wrote here, I found the idea that anyone could possibly think that the yutzes on this show represent Jewish women downright embarrassing.

But now that I’ve seen three episodes, or at least the fragments of them that I can stomach before having to flip the channel or turn off the boob tube (a term that has never been truer than when related to this show) altogether, I have to say that it’s not so offensive.

The characters who populate it are all so ridiculous that I find it amusing. Really, it’s so bad that it’s funny.

Lots of people are offended, however, especially those who live on Long Island. Close to 5,000 people have “liked” the Facebook page “Boycott Long Island Princesses,” whose creators say “Bravo has hit bottom with this bunch of girls” and that “It’s the worst reality show ever to be produced!” Others, like our own Lilit Marcus, are enjoying the first season of the show.

Well I find it hilarious. The over-the-top-ness is so over the top that it’s campy. (New York’s drag queens now have a whole new trope to explore). The girls on this show are pathetic. And their enablers, I mean their parents, are probably to blame.

The sad reality is that there are lots of women out there like this. Women, and girls who want to be them, who think that a spray tan, 4” heels and a Chanel bag add up to class. I’ve met a few myself.

You and I, dear reader, know better.

But as long as there are people like the Long Island Princesses who think that being on one of these shows will somehow benefit them — rather than merely make them the focus of ridicule — then television execs will be happy to do so. And as long as people will tune in, Bravo will keep bottom feeding.