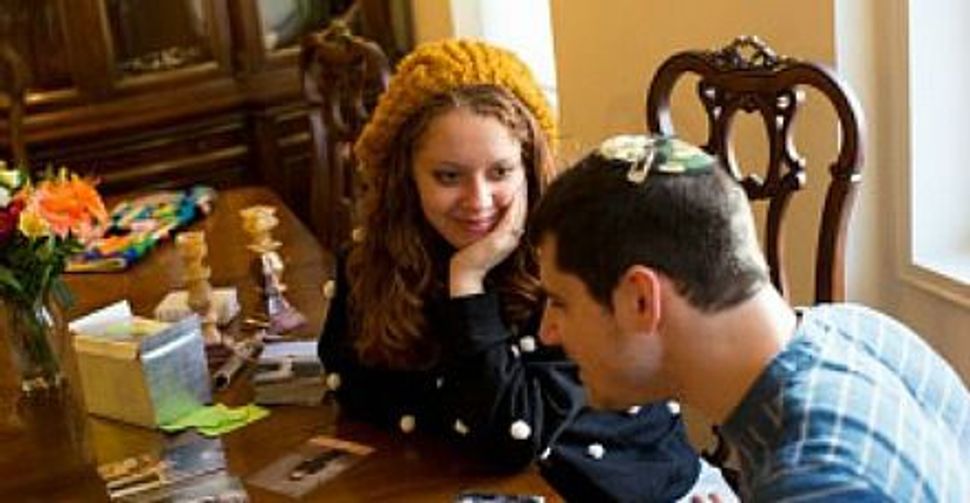 Despite my oath to myself to not write another blog post about babies, the recent TIME article about women and couples who have made the conscious decision not to have children struck a chord with me, too.

A running theme in the article is the constant expectation these people come up against that eventually all women will want children. I’ve always known I want to be a mother, and whether that’s because of a societal dictate or not, the desire hasn’t wavered. Jeremy, too, has always wanted kids. Yet since I’ve been married I’ve noticed just how consistent the expectation to have children is within the Orthodox community. Each time I encounter this expectation, I wonder, “How much would this annoy me if I didn’t plan on having kids?” 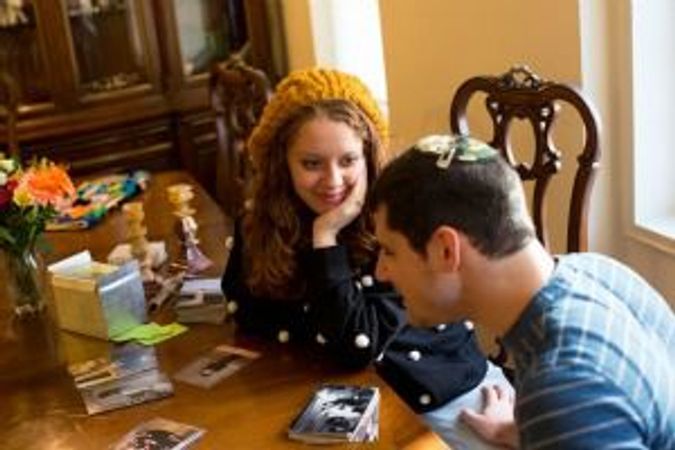 Simi and Jeremy plan on having children, just not yet. Image by Claudio Papapietro

I don’t know of a single Modern Orthodox couple that has chosen to remain child-free, or at least none that would say it out loud. Marriage in Judaism is inherently in service of the ultimate goal of procreation; in fact, it’s the first Biblical commandment given to mankind. Be fruitful and multiply. So to tell someone in the community that he or she will have children one day is like telling a little girl that she’ll get her period one day; barring any medical issues, it will happen. That might sound weird to someone outside the community. But I would wager that to most Modern Orthodox couples, it’s weird to read about people who would choose not to have children.

When Jeremy and I read articles about the falling birth rate in America, about women and men who make the decision not to have children, our first thought is, “Why wouldn’t they want children?” We grew up with the knowledge that we would have children one day, possibly more so than the average American. But when we think about it, when we consciously step away from the instinctive acceptance of becoming parents, it becomes more complicated. Why do we want children? Why is it so obvious to us that we will be parents one day? Raising children is hard and draining. Babies are demanding. They’re expensive. You get little to no sleep. Study after study has shown having children actually decreases happiness. Whiny children are really, really irritating. Yet every time we raise these points with each other, we ultimately conclude with, “Yeah, but I really want children.”

As far as I know, the lure of the childfree life hasn’t reached the Modern Orthodox community. The TIME article emphasized the ease and simplicity of such a lifestyle, with pictures of relaxed couples on the beach, the lack of children painted clearly across their blissful smiles. Yet even as one in five American women in her 40s is childless — twice as many as there were 40 years ago — Modern Orthodox Jews continue to choose children over chilling. What is it that keeps us reproducing? The easy answer is the commandment, but in all the discussions Jeremy and I have had surrounding children, that issue has never been raised.

It may be societal, it may be because we were raised that way, but no matter what, Jeremy and I both look forward to having kids. No matter how much pause it gives me when a stranger expects us to have children, it’s an accurate assumption. We can’t explain it, but that parental instinct is just burning inside us both. If nothing else, babies are really, really cute.