Forgiving the Man Who Killed My Brother 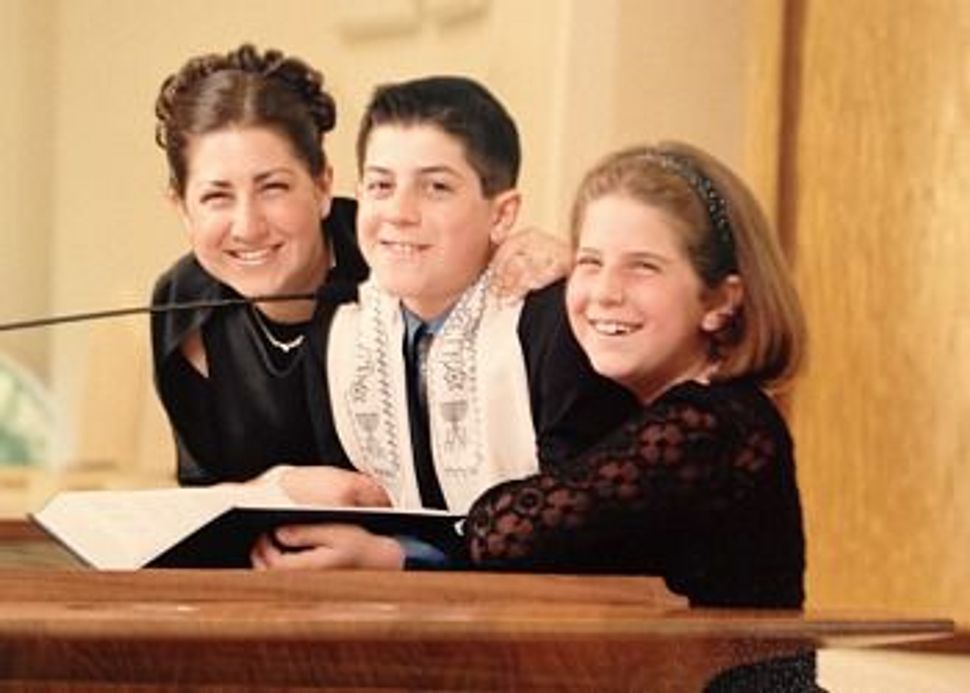 This elderly man, although responsible for this tragic accident, had oddly become, at least for me, one of my brother’s many legacies.

It was as if the man’s being alive meant part of Josh was still breathing. He was the last person to engage with Josh before his head hit the side of a building. He sustained a traumatic brain injury and became unconscious; his heart stopped the next morning. It’s almost like this man had the last conscious communication with Josh. And now he, too, was gone.

In Judaism, most notably on Yom Kippur, we bare witness to God — tear open our chests and expose our vulnerabilities. We hold each other and ourselves accountable in a most authentic and deliberate way. And while this accountability is a custom many of us practice year-round as part of our moral fiber, I wish it were more widespread, not only amongst Jews, but everyone.

The man who hit Josh was himself Jewish, and shortly after Josh died, he came to my parents’ house. Calling the visit a condolence call or an apology feels careless and flippant. So if anything, his gesture was about accountability. Then and there, he told me parents, “Josh’s death was a death in me.”

When the man passed away, my mother wrote me in an email, “It occurred to me today that Josh was there to greet him.”

I imagine she was right. I imagine Josh was there. He was like that, my brother. Not just because he’s been immortalized and martyred as perfectly altruistic in his youthful passing, but because he was altruistic and forgiving, even at such a young age.

I wonder if the man ever thought about dying after Josh’s death; if he ever thought it earth shattering that, after 75 years of living, he held responsibility for such mortal tragedy so close to the end of his own life. I imagine this man must have harbored a terrible weight for the last nine years of his life. I imagine he replayed the accident over and over in his head far too frequently. I imagine he felt so much anger towards the teenager who’s U-Turn instigated the tragedy.

And with this, I’ve always managed to relinquish my anger towards the elderly man regarding his role in Josh’s death, while harboring tremendous anger towards the teenager. This seems bizarre since it was the man who actually hit Josh, not the teen. Maybe it’s because he held himself accountable by showing up at my parents’ house face-to-face, heart to heart. Maybe it’s because I know his hitting Josh was reactionary, not purposeful.

Shortly after Josh died, one of his best friends told me that when the school made an announcement over the loud speaker that Josh was dead, the teenager was in the library crying, hands over his face, claiming it all to be his fault. But the driver never told my family that. I’ve never met him, in fact, even through legal proceedings that occurred as a result of the accident. He has neither literally nor figuratively showed up for any accountability.

But I’ve searched for him online, so I’ve seen his face. It was part of my grieving process. I needed to let myself feel my anger — anger that he gets to live so unapologetically; anger that my brother never lived past tenth grade.

I also hold myself accountable for the anger I held towards the young driver for so many years. Now, finally, I’ve learned to let it go. Now, I have compassion for him, knowing he must be living in pain. To have never sought to engage with any restorative justice on behalf of my family, to be out in the world acquiring college and graduate degrees and a privileged adulthood, yet have stuck inside him the visions and images of the accident, the knowledge that his hands are dirty in the death of a classmate — he must be living in pain. Makes me think accountability is, perhaps, a catalyst for solace.

Precisely because the older man held himself accountable for Josh’s death, I imagine Josh showed up when the man passed, maybe even with a hug. I imagine Josh was there to be accountable in return, wherever souls greet each other upon arriving at the other side.

It is said that we Jews do death well. We cover our mirrors, recite Kaddish, sit Shivah, and hold each other through our most treacherous pain. It’s what we do. It’s part of our cultural law. And so is accountability. And we do accountability well too — the Al-Chet prayer on Yom Kippur, seeking forgiveness during the Days of Awe, and teshuva, which while most noted during the High Holidays, is something we are expected to practice year-round. So let us. Let us repent.

Caroline Rothstein is a New York City-based writer, performer, and advocate, who contributes regularly to the Sisterhood blog. Follow Caroline on Twitter @cerothstein.

Forgiving the Man Who Killed My Brother