My Kind Of, Sort Of Yom Kippur Fast 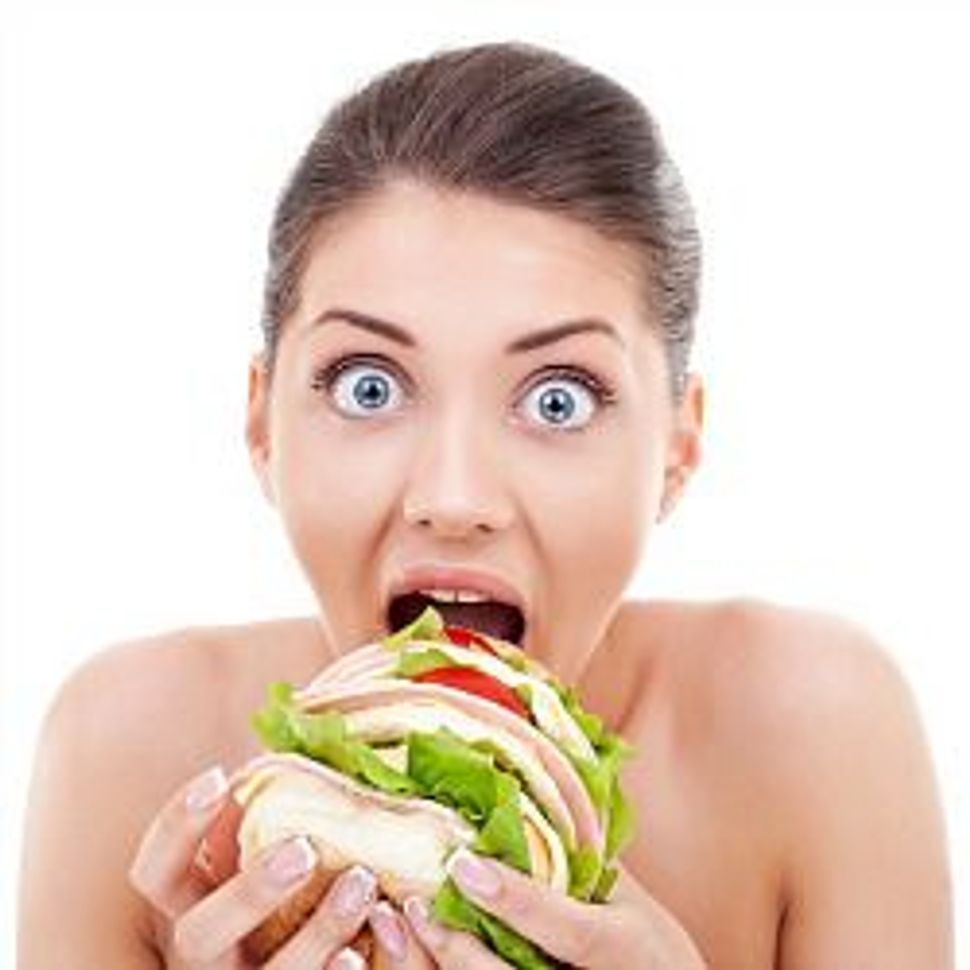 This is the third post in a series by Johnna Kaplan exploring aspects of Jewish life outside of her own experience.

I have always felt compelled to fast on Yom Kippur — just not compelled enough. Usually I either forget what day it is until it’s too late or simply give up at the first hint of dizziness. This year, I determined to fast properly. Well, almost.

6:00 a.m. I begin by cheating and drink some water. Water is not allowed on Yom Kippur. But Yom Kippur, as I’ve always understood it, is pretty good about recognizing the spirit rather than the letter of its laws. It’s clear that you do not have to fast if, for example, you are sick. I am not sick, but I know I will not be able to last 25 hours without a sip of water. (Come to think of it I might be sick. I could have some horrible disease that just hasn’t been diagnosed yet.)

8:30 a.m. There really isn’t any point in getting out of bed if you can’t have coffee, is there?

9:00 a.m. I realize I’ve been conflating fasting with all sorts of other Yom Kippur observances, such as praying and not showering. I feel much better when I remind myself that it’s acceptable to pick and choose. In fact it’s possible that Judaism and Jewishness in any form might not have survived if some picking and choosing was not inherent the start.

1:00 p.m. I am not sure I every truly appreciated how dependent I am on coffee. And not even in a legitimate, caffeine-addicted way; I gave up real coffee in exchange for decaf a few years ago. Psychologically, though, that wanna-be coffee has seamlessly merged with “time to get up” and “time to do something requiring energy now.”

1:10 p.m. I look at Twitter and see Israelis, seven hours ahead, tweeting about food. I wasn’t really hungry before this, but now I might be.

1:30 p.m. I read about fasting and Yom Kippur. One article says that 73% of Israeli Jews fast on Yom Kippur, about half of those for religious reasons, and most of the remaining half either “out of respect to tradition,” “in solidarity with the Jewish people” or “for health reasons or as a challenge.” I suppose, had I been polled on this question, I would have selected those three responses too.

And here I wonder, since I have no religious beliefs to force me to not eat, whether there is a less extreme option (a juice fast?) that would also serve as solidarity, and respect, and a challenge.

The article says that among seculars (ugh, when did that become a noun?) only 46.5% fast on this day. Now in addition to worrying that I’ve been a bad Jew by not fasting before, I have to wonder if I’m being a bad secular (ugh, for real) by fasting today.

I look for statistics on how many American Jews fast, but don’t find any. That doesn’t mean they’re not there, just that my researching abilities apparently plummet without vitamins or decaf. But I do find some suggestions that American and Israeli fast percentages are similar.

2:00 p.m. About an hour before I would usually remember to eat on a busy day, I am hungry. I am pretty sure that a few bites of something is all I need. But I would feel like a loser if I ate something. I’m slightly dismayed that my will to continue not eating comes not from any atoning, introspective part of myself, but from the part that doesn’t want to look like a loser.

2:15 p.m. I feel like I should be reading serious essays about Yom Kippur, but my cognitive functioning seems to have slowed to the point where reading would be pointless. Searching for something I saw on this very topic earlier, I get distracted and look at Instagram. Where I see cupcakes, donuts and all manner of fancy alcoholic drinks.

3.05 p.m. Some food that I probably wouldn’t normally want is cooking somewhere, and smells cruelly amazing.

3:30 p.m. I realize that this will end up being a day where nothing gets done, and that scares me. But realizations like that are not (I think) the point of Yom Kippur; I could confront that particular personality flaw by observing any old Shabbat. And there would be food.

I also realize how much of my wanting to eat has to do with motivations other than hunger. I don’t eat that much on a normal day, but I could probably stand to eat even less. This is not a deep reflection worthy of the most somber day of the Jewish calendar, though; it’s more like a diet tip.

4:00 p.m. It occurs to me that I think I should fast because I’m always reading that many Jews who observe no other Jewish customs still fast on Yom Kippur. But if I do more than other seculars (seriously, ugh) on other days, maybe I don’t have to fast to prove anything.

4:05 p.m. Friend texts me: “I really think fasting is unhelpful and ridiculous.”

5:45 p.m. It is mildly interesting that after you first get hungry you don’t really get hungrier, just more annoyed. I suppose this would change if you were stranded at sea.

This is a 25-hour fast, and yesterday I stopped eating well before one hour ahead of the sun going down. So I break my fast early.

I can think clearly again, but other than that the event is nothing special. I might have nearly succeeded at fasting, but I wonder if I’ve failed at Yom Kippur on some larger level. Is this perhaps one of the very few Jewish actions that does not work when separated from its ancient accompanying belief in the divine? Would it have seemed more meaningful without the water? Maybe the meaning comes with yearly repetition, with making a tradition your own. I will have to wait for next year to see whether I want to find out.

My Kind Of, Sort Of Yom Kippur Fast