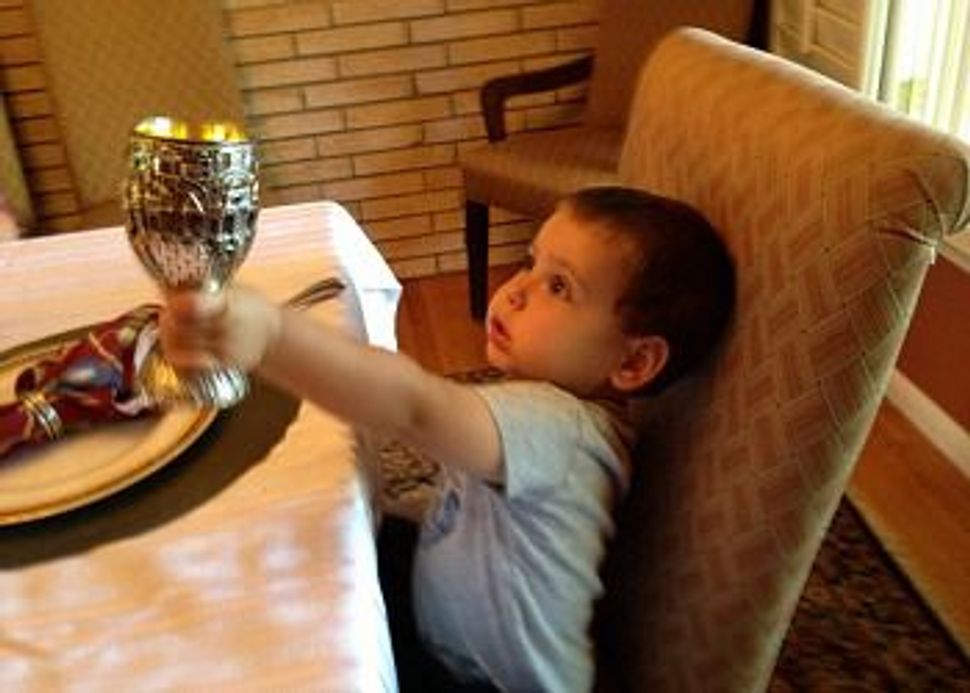 As I listened to friends and family begrudgingly make decisions about Hebrew school for their kids this year, I started a conversation on my personal blog about alternatives to the typical after-school programs. As I mentioned, I was not asking on behalf of my own family.

My kids go to a non-Orthodox day school, attend shul every week and live in a home that I’ve described elsewhere as “Reformadox”. I was asking for new ideas on behalf of my friends and as a concerned member of the larger Jewish community. I felt that, with so many disgruntled customers out there, there had to be some newer, experimental models to try.

I heard from families in various cities who belong to Reform or Conservative synagogues, but send their kids to a Chabad-run religious/Hebrew school program on Sundays, meeting the call of Jews who want their kids to experience a Jewish education, but not at the expense of the taking over the family’s schedule for the week.

Some families in the North Shore suburbs of Chicago said they dropped out of their synagogue’s Hebrew school for a newer organization run by an Orthodox couple called Jewish Family Experience. Rabbi Yehuda Polstein and his wife, Mashi Polstein, run their own school which, like Chabad’s supplemental school, meets on Sundays. JFE, as the group’s members call it, is based on another popular program in Cleveland called Jewish Family Experience, commonly referred to as JFX. At JFX in Cleveland, entire families meet on Sundays for Jewish education. I heard from parents in both cities who raved about the passion for Judaism their kids felt and the depth of knowledge the kids and parents learned during the once-a-week sessions.

It’s a fair question, which I can only answer for our family. And that answer is: I’m not really sure.

Until recently, our plan was to hire a private tutor who could help our kids prepare to lead a Torah service. Despite belonging to three synagogues (one Conservative, one Modern-ish Orthodox and one Chabad), we’ve talked about renting a banquet room in walking distance of the one eruv in Minneapolis (for the sake of our rabbis and our more observant friends) and holding a service there. We’d plan a modest but fun-for-the-kids party and boom — bar mitzvah.

But now we’re even rethinking the necessity of that particular arrangement. I’ve always assumed that Sam, our oldest of four and the only bar mitzvah I’m thinking about right now, would read from the Torah because that’s what a bar mitzvah had to be. Turns out that particular assumption is not even true.

I was motivated to rethink our bar mitzvah plans when I read two articles by Ruchi Koval, the co-founder and Assistant Director of the JFX in Cleveland. In “The Bnei Mitzvah Blues,” Koval writes:

A child becomes bar or bat mitzvah when they have their (Hebrew) birthday on the thirteenth (for girls twelfth) birthday of their lives — this is an upgrade in spiritual status, that, according to the Jewish sources, takes place whether they are reading from the Torah, vacationing in St. Martin, asleep, or converted out. It happens to you. How you celebrate it is entirely optional and has varied greatly by community and history.

I appreciated Ruchi’s news (to me) that the bar mitzvah — or the change in spiritual status — happens whether or not a child has gone to Hebrew school, read from an assigned Torah portion, or had one’s first name emblazoned in lights behind the band or DJ. The idea of becoming a bar mitzvah as opposed to having a bar mitzvah was a liberating mindset.

Much has been written recently about the need to restructure the bar mitzvah in non-Orthodox synagogues. As Laurie Goodstein recently reported in the New York Times, 13 Reform synagogues are rethinking their programs, including eliminating Hebrew. As Goodstein writes:

Children and their families go through what some rabbis call an “assembly line” that produces Jews schooled in little more than “pediatric Judaism,” an immature understanding of the faith, its values and spirituality. Most students deliver a short speech about the meaning of the Torah passage they were assigned to read, but they never really learn to understand or speak Hebrew, only to decode the text.

As a day-school-attending, weekly-shul-going, holiday-celebrating family, I’m less worried about the issue of pediatric Judaism for my kids, but I’m still not convinced that time spent learning about one particular Torah portion and how to chant the text is time well spent. I remember my Reform rabbi in Chicago in 1989 rightfully lecturing our class (and our parents) about his disappointment of seeing more than one of his students on the bima in a tuxedo. This ceremony isn’t a performance, he said. But wasn’t it? Aren’t many b’nei mitzvah services akin to shows and closer to graduation ceremonies than the beginning of a Jewish life? My childhood synagogue did not always hold a Shabbat morning service if a bar mitzvah student had not been assigned to the date. We learned our Torah and Hafotrah portions from audio tapes. The kids were the center of the experience as opposed to joining an already existing, vibrant community.

Unfortunately, all of this reading about the history of the b’nei mitzvah and the different initiatives out there to change it has not provided me with a clear answer as to what makes the most sense today. While one size does not have to fit all, I’d like to think we (as in the entire community) can agree that there is a core set of Jewish knowledge that gives kids a realistic chance of becoming adults who find Judaism relevant and meaningful. We can argue about the particulars of the party (thanks to the latest example Horowitz extravaganza in Texas) and the actual ceremony, but shouldn’t we put more energy into deciding what that core knowledge should be?

The most meaningful Jewish learning experiences for my husband and for me has centered around the what and the why of Jewish law and the Jewish mission, with the biggest focus on moral and ethical living — all of which we learned in English and none of it performed for an audience. If we can give our kids a taste of that passion for Judaism, I suppose we will have succeeded in our goals. But what will we do when our kids spend their seventh grade years watching friend after friend do the typical Torah-portion route that we also did at that age? I don’t know. I just don’t.

Nina Badzin is a freelance writer living in Minneapolis with her husband and four kids.