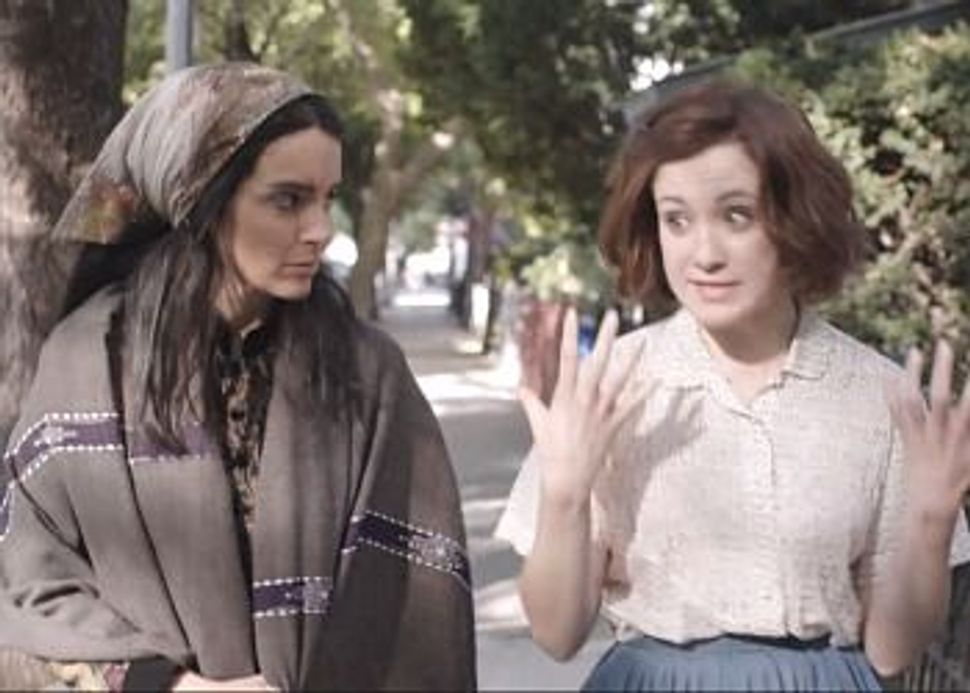 Seeing Tina Fey in a spoof of “Girls” on the season premiere of Saturday Night Live wasn’t just exhilarating because Our Lady of Feminist Comedy (pardon the Catholic reference) had returned, but because it also reinforced a world-order in which age and experience yields wisdom, both in humor and in life.

In the skit, Fey plays Hannah’s new roommate, Blerta, an Albanian widow whose past-life of war and poverty makes her a perfect foil for the solipsistic millennial dramas that fuel the show.

Some bon mots from Blerta:

When asked whether Hannah’s aloof ex, Adam, is good enough for her: “You will never do better than this man. He is strong like ox. You are weak and strong and dress like baby.”

After finding out that Jessa had sex with a cab driver without getting paid: “You are unpaid prostitute. You are lower than dog.”

Obviously the girls on “Girls” are easy targets. The characters and the show’s creators have long been accused of their limited world view, or “first world problems.” But this sketch made me realize something about the show that I hadn’t before — how strangely devoid all of these girls are of anyone older and wiser who could give them a little perspective on their lives.

Sure, girls in their 20s often think they know better than their moms. Been there, done that. But often there is someone — an aunt, an older sibling, a grandparent — who can help them see the bigger picture. Blerta’s role in their lives was a lot like the one that my Grandma Esther had in mine. Her past wasn’t as trauma-filled as Blerta, but still, after a long life of ups and downs she would laugh at me and my “problems” and get me to laugh at myself.

It’s pretty formulaic on shows about friends to have the group essentially be orphaned from their families. I suppose there is just not enough room for all those characters. But for a show that strives for realism, albeit a white, hipster, we’re not exactly sure how you pay the rent one like “Girls,” this family-less existence makes the whole thing way less believable. Blerta, with her layered peasant skirts and Borat accent, brought that absence into relief. Who knows, maybe Dunham took note and Shoshana’s bubbe will show up this season and “Girls” will get a little more golden.