Mourning My Friend and My Dad 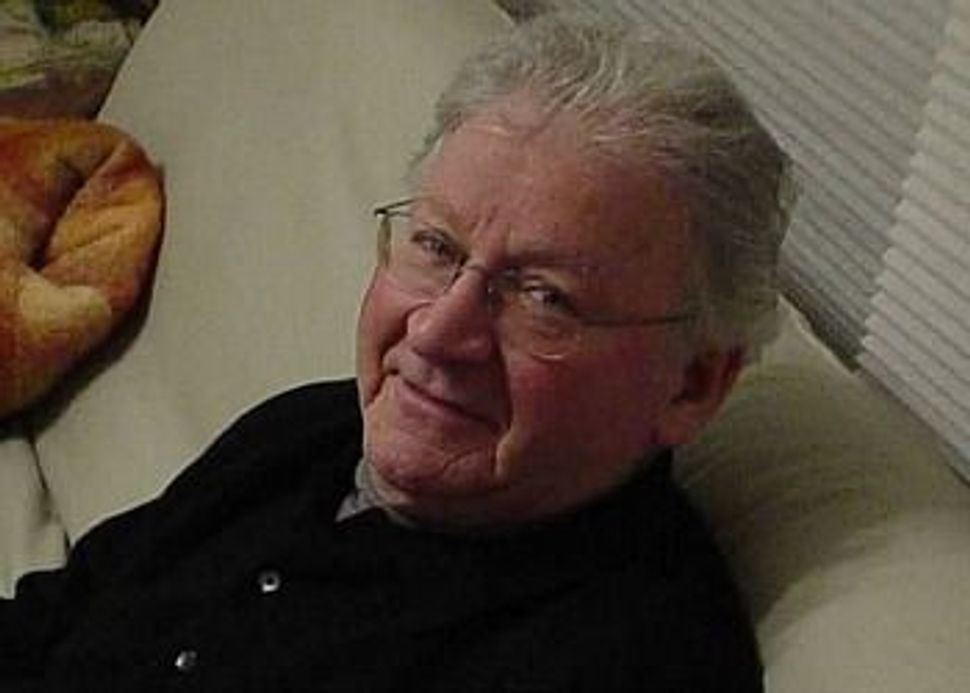 Last week I attended the funeral of a girl who was my age, 39. Jodi and I grew up together. We lived next door to each other as children, from when I moved into my house right before kindergarten until we left for college. For me she will always be that little girl that I played with for hours on her swing set, trying to break a Guinness Book World record for time spent on a swing. We were inspired by a “Brady Bunch” episode, and we played on the swings until it got dark and our parents called us in.

Jodi’s funeral was right before the days of Awe, Rosh Hashanah and Yom Kippur, which are all about remembering and memories. As Dara Horn recently wrote in the New York Times, one of the central prayers in the Hebrew liturgy of the Day of Remembrance describes God as an ideal reader: “You remember all the forgotten things. You open the Book of Memories and it speaks for itself, for each person’s hand has signed it.” As she wrote, both prayer and fiction allow us to recreate, to re-live, to re-animate the past. Remembering is acting like God and, in essence, it is what a writer does. Remembering, or telling stories about our memories, I realized after my friend’s funeral, is the only way we can mourn — and the only way we can comfort mourners.

When a loved one dies, we want to be embraced by memories. When my father died suddenly eight and half years ago, I remember wanting to hear memories of him from people I knew as well as from strangers. I craved memories of experiences that others had had with my father that I didn’t know about: story after story from patients that he had healed and taken care of as their family doctor; stories from family friends and relatives about what he was like as a mischievous little boy. This re-telling of my father made him come alive to me in a new way. It was as if memories in those days right after his death were food fueling me just as much as the food people sent for us to eat during the shiva.

There are moments in life when time telescopes inwards, when the years collapse and a decade ago touches today. My friend’s funeral was held at Gutterman’s, a Jewish funeral home in Rockville Center in Long Island, N.Y. It was the same place where my father’s funeral had taken place.

Walking in for the first time since that awful day when I was in a state of shock, I remembered sitting on that same apricot-colored couch, numb, frozen, accepting people’s words and handshakes. When my father died, I had walked into that room before non-family mourners arrived and seen my father’s coffin at the other end of the room. The top part of the coffin was still open. I could see my father’s face, eyes closed, a little smile on his face, some kind of bonnet on his head. I was still expecting him to greet me in his usual warm, all-embracing way.

It was the last time that I saw him. The last time I put my hand on his face. I had never felt anything so cold.

And then I saw my friend’s coffin in the same exact place where my father’s coffin had been. When I entered the room, I also saw childhood photos of Jodi hanging from a bulletin board — Jodi with her older sister, Tracey, her hair up in a ponytail or in pigtails, the sweet, sweet face of a little girl.

It’s strange how the smallest object can make you cry whereas seeing a coffin is simply too overpowering, too stark, so that you feel numb. When my father died, it was seeing his pajamas in a plastic bag marked “Patient Belongings,” the soft navy fleece pants, the slippers, the white cotton shirt, all so carefully chosen by my mother, and now in this useless bag in his closet. It was seeing the Rooibos herbal tea bags (his favorite) in a shoebox in my father’s medical office, the ones he had selected to drink for the next few days while he saw patients. So much optimism in the selection of those soft, comfortable clothes, in those tea bags; it was objects that made me weep then, and objects that made me cry at my friend’s funeral as well.

One of the photos of my friend Jodi sat in a frame she had made with popsicle sticks at summer camp. Her mother must have saved it. I imagined Jodi’s chubby little fingers earnestly making the frame, gluing it with care and enthusiasm, then the child giving it to her mother who all these years later still possessed it. And it was seeing that frame, and imagining the sweet little girl who made it, who was now dead in that room, that brought home the cruel inevitable passage of time and the sad ending. I sobbed.

The rabbi at my friend’s funeral said in his eulogy that the only way we can comfort a mourner is with a physical hug or a kiss, or by recounting memories. Sharing memories acts as an emotional embrace. And that is what I did, embracing her mother, and then sharing with her my memories of Jodi as a child — how we ran lemonade stands together, made potions out of all the liquids and pastes in our parents’ bathrooms and tried to get people to taste them. Sharing memories is a way of stopping time and reliving it with another person, of collapsing the boundaries between the past and the present and magically feeling as if one’s loved one is alive again. It’s what we do in Yizkor services, Yizkor literally meaning “remember” in Hebrew. In the face of grief we feel powerless, and yet there is power in remembering, and in remembering with each other.

Laura Hodes is a frequent contributor to the Forward and is working on her first novel, a collection of linked stories.

Mourning My Friend and My Dad