What About Malala’s Religion? 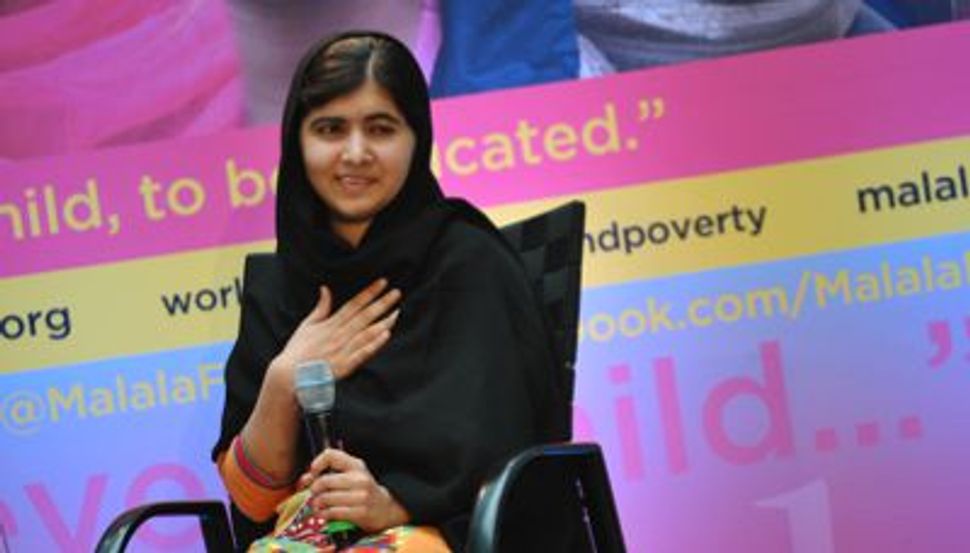 Last week Malala Yousafzai charmed Jon Stewart’s, and therefore America’s, socks off when he interviewed the Nobel Peace Prize contender about her new book, a memoir about her experience as an education advocate and a victim of the Taliban.

Yousafzai, 16, was all conviction and grace when explaining to Stewart that she knew she was a target of extremists long before they shot her in the head, but had decided that it would not be worth fighting back.

“If you hit a Talib, then there would be no difference between you and the Talib,” she said. “You must not treat others with cruelty…You must fight others through peace and through dialogue and through education. … I would tell him how important education is and that I would even want education for your children as well. That’s what I want to tell you now do what you want.”

As touching as Stewart’s interview with her was, and it was touching, it did overlook a big part of what makes Malala Malala, and that is her religion. Yousafzai is a Muslim, and sees the potential for reform within the context of Islam, and not, like other prominent feminists from Muslim countries, outside of it. 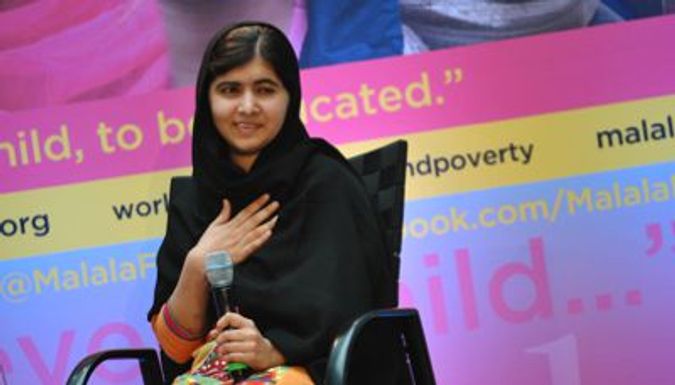 Rafia Zakaria has a powerful essay on Al Jazeera America about why it is important that Yousafzai’s fans in the west don’t overlook the fact that Malala is a practicing Muslim. She says that for “Muslim girls and women around the world [her story] is more than just a tale of survival. … [It] is proof that feminism, or the desire for equality through education and empowerment, is not the terrain of any one culture or faith.”

Zakaria compares Yousafzai to Somali-born Dutch author Ayaan Hirsi Ali, whose memoir “Infidel,” about her journey from a repressive Muslim family in East Africa to the freedom she found in Netherlands, became a New York Times best-seller and turned her into an international celebrity. Hirsi Ali’s message was that Muslim women can only be free when they renounce their faith and cultures.

Yousafzai, on the other hand, offers a different model for reformation, one that better resembles the battles being waged by millions of Muslim girls, who long for emancipation too. “Their victories,” writes Zakaria, “lie not in renunciation but in resistance and reclamation of faith, culture and public space.” She ends her essay by urging Western feminists to take note of their blind spots that might lead them to believe that renunciation is the only way.

”The tradition of narratives that hold up the medieval backwardness of abandoned countries and pivot invasions on liberating their hapless women is a strong one, but it is built on the historical edifice of colonial subjugation. A Western feminism that asks Muslim women to leave their traditions at the door is fundamentally disempowering.”

While I can’t say for sure if there is widespread trend among Western feminists to ask Muslim women to “leave their traditions at the door,” I do know that talk of Yousafzai ’s religion was largely absent from the media coverage of her in the States. Because of this, we lost our chance to hear her speak not just as a feminist crusader, but of someone who has managed to negotiate her religious traditions with how she thinks the world should look. As Jewish feminists have long known, and still know, this isn’t a simple task.

I can only hope that this is just the beginning of Yousafzai-fever and that we will still have our chance to hear more specifics about how she makes her observance of Islam and cultural traditions and her activism fit together. All feminists, religious or not, would surely benefit.

What About Malala’s Religion?