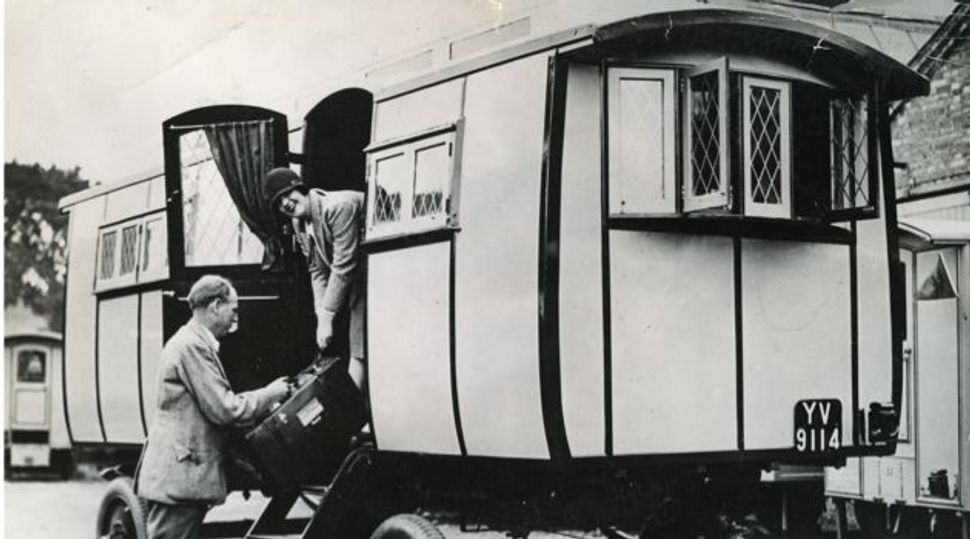 Welcome to the Sisterhood’s first installment of Throwback Thursday, a weekly photo feature in which we sift 116 years of Forward history to find snapshots of women’s lives. Click below for more.

Dorothy Thompson, often called the “First Lady of American journalism,” is pictured here in 1927 on her honeymoon, traveling by caravan with her first husband, novelist Sinclair Lewis.

Shortly after, she became the first woman to head an overseas news bureau for the New York Post, in Berlin. She was also the first American journalist to interview Adolf Hitler, in 1931, and wrote that he was “the very prototype of the small man.” Three years later she was expelled from Germany.

Having covered the rise of Nazism, Thompson remained a supporter of Jewish causes throughout her life, even though she was not Jewish.