In Defense of Home Ec 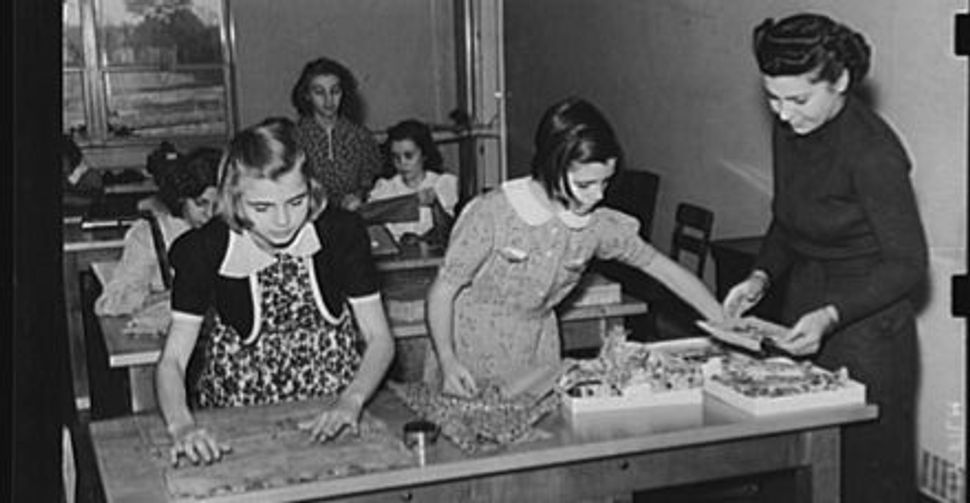 A home economics class in Greenhill School in Ohio in 1938. Image by Library of Congress

In the past 40-some years domestic skills have been pretty low on the totem pole of things young people should master. Why bother with grocery shopping and cooking when you can summon something just as good through your Seamless app?

Because you really can’t, says Ruth Graham in an article on the Boston Globe. Graham makes a case for the resurgence of home economics, or Family and Consumer Sciences as some of its modern-day enthusiasts call it, as a solution for our country’s inflating waistlines and deflating bank accounts.

Many young Americans now lack the domestic savvy that it takes to thrive. The basics of cooking, shopping, and “balancing a checkbook” — once seen as knowledge that any young woman, at least, should have—are now often not learned by young people of either gender, even as we’ve come to understand their major societal implications. And for adults, these skills have receded as well.

Not so long ago, there was a time when all young women learned how to shop, cook and then balance their checkbook while the chicken and potatoes roasted in the oven. Then second-wave feminism came along and said “uh-uh.” Eventually these classes disappeared from curricula all over the country, giving women a chance to learn more of the stuff that would prepare them for a career outside the house. 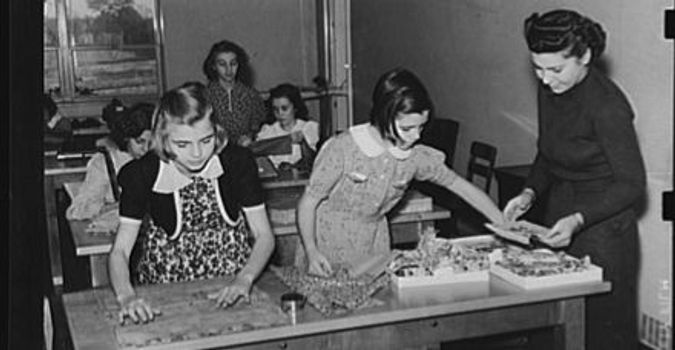 A home economics class in Greenhill School in Ohio in 1938. Image by Library of Congress

Fast forward to today — with ⅓ if Americans under 19 obese, 70% of kids living in a home with two-working parents, and a good portion of young adults in an unprecedented amount of debt thanks to a crappy economy and student loans — and teaching teenagers, girls and boys, how to balance their checkbook while the chicken and potatoes roast suddenly makes a tremendous amount of sense.

I’m very into this idea of young men and women learning, as my grandma would have put it, how to keep house and home. I have gone on the record, and been criticized, for my coming out as a proud modern-day balebuste. As I wrote a few years ago, I find great pleasure in the domestic arts, if we can call them that, and love feeding my family and even fluffing up the pillows on my couch. (I know. But can I at least get a few points for admitting this?) Luckily I married a man whose feminist mom made all her kids prepare dinner once a week, which not only taught him the importance of home-cooked meals, but also that men can cook too. Now as an adult, he doesn’t quite fluff the pillows, but he does his fair share of chores.

This is all to say, I get it. I understand why these things are important, and I also have a good sense of why people might not be doing them as much — and it’s just not knowing how to cook.

Homemade meals take a lot of time! In our house, between the shopping, cooking, cleaning, and keeping the baby entertained, I’d say they take about an hour and a half each night, and a dinner party during the weekend requires hours of preparations a day or two in advance.

I think the reason we are willing to make the sacrifice for these meals is partially due to our desire to eat healthily and economically, but more so because of the deeper social and cultural significance that homemade food took on in our households. I left my balebuste-praising childhood with the sense that cooking for others is one of the deepest and truest expressions of affection and my husband was instilled with the idea that cooking and eating together is integral to being a family.

I imagine that teaching all teenagers about making their own food would certainly help encourage them to do just that, for themselves and their families. But knowing that more and more Americans are finding themselves increasingly strapped for time as they struggle to make ends meet makes me think that our reliance on takeout is more complicated than food preparation. Let’s teach kids to eat at home, sure, but let’s not forget that families need a little time together to do that.

In Defense of Home Ec