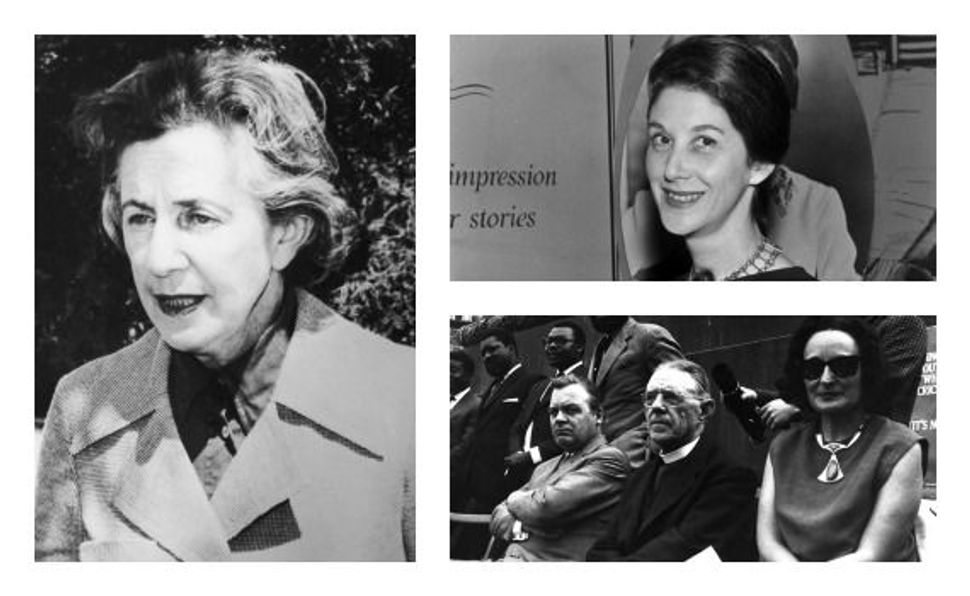 As a young Jewish woman privileged to have grown up in the new multi-racial South Africa, I like most of my fellow citizens, mourn Nelson Mandela’s passing like that of a family member. Mandela brought out the best in those around him. Women and children always held a special place in our beloved Madiba’s heart, and few leaders around the globe have done more to ensure the respect, freedom and equality of women.

South African women played a crucial role in the fight against apartheid. In 1956, women of all races marched against the discriminatory laws of apartheid with the rallying cry of “Wathinta umfazi, wathinta imbokotho.” (“You strike a woman, you strike a rock.”) In a speech commemorating this event on Women’s Day in 1996, Mandela stated that, “As long as women are bound by poverty and as long as they are looked down upon, human rights will lack substance. As long as outmoded ways of thinking prevent women from making a meaningful contribution to society, progress will be slow. As long as the nation refuses to acknowledge the equal role of more than half of itself, it is doomed to failure.”

Mandela also held individual women in great standing and his relationship with them not only influenced their contribution to the fight against racial discrimination in South Africa but also his own. It is widely known Jews were disproportionately overrepresented in the ranks of the anti-apartheid activists. Amongst these brave stalwarts were Jewish women with whom Mandela maintained lifelong friendships. Activist Ruth First (pictured in the collage at bottom right) and Mandela shared a special bond after the two first met in 1943 while studying law at the University of the Witwatersrand. Speaking about their friendship, Mandela reminisced, “Ruth engaged in intense debate while we were at Wits University together; who uncompromisingly broke with the privilege of her wealthy background; who readily crossed the racial barrier that so few whites were, or still are, able to cross; a woman whose passion and compassion enabled others, including those from liberal and conservative perspectives, to play their part.” Tragically, First was murdered on August 17, 1982 by a letter bomb delivered by the apartheid government to her office at the Eduardo Mondlane University in Maputo, Mozambique. First is amongst the Communist activists credited for building bridges of cooperation between the South African Communist Party (SACP) and the African National Congress (ANC).

Another Jewish female ally is Nobel Prize winning writer Nadine Gordimer (top right in the collage). Gordimer was first inspired by Mandela after she attended his trial in 1964 where he was sentenced to life imprisonment. After his death, Gordimer memorialized Mandela as “not a figure carved in stone but a tall man, of flesh and blood, whose suffering had made him not vengeful but still more human — even toward the people who had created the prison that was apartheid.” Mandela also had a long and close friendship with Helen Suzman (left in the collage), which began with a handshake through cell bars during Suzman’s first visit in 1967 to Robben Island. Suzman spent 36 years in Parliament determinedly opposing the National Party government as the representative of the Progressive Party. It was Suzman at President Mandela’s side when he signed the new constitution in 1996.

On the anniversary of the Madiba’s signing of that very constitution, South Africa held the state memorial for the father of our nation. There is a saying that one truly becomes an adult when one’s father dies. Having lost the father of the nation and the greatest son of our soil now is the time for South Africans to stand up and reflect on whether we have sufficiently realized Mandela’s dream for a non-racist, non-sexist future. Judaism teaches that we should pay tribute to those who have passed on by carrying out mitzvot, or good deeds, in their name. The greatest tribute that we can we can pay to our beloved Madiba is to live out his principles and values. We owe this much to the memory of Mandela and the brave activists in the struggle, like those Jewish stalwarts, and to our South African and Jewish heritage.

Alana Baranov is a freelance writer and human rights activist based in Durban, South Africa.