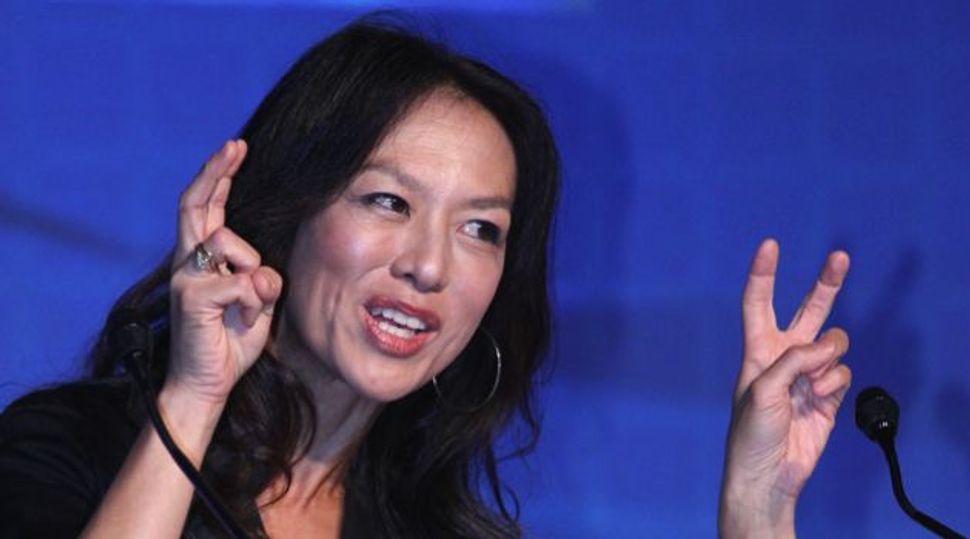 “Tiger Mom” Amy Chua has a new book out with her Jewish husband Jed Rubenfeld and in it she looks at the parenting practices of six cultural groups who, she claims, create more successful people. These include Indians, Chinese, Iranians, Lebanese-Americans, Nigerians, Cuban Exiles, Mormons and, you got it, Jews.

Her thesis in “The Triple Package” is that all these cultures have a competitive edge because they impart on their children feelings of superiority, insecurity and impulse control, which push their children to do better in America than others in terms of income, test scores and occupational status.

The book, which I haven’t read yet, has already ignited a backlash from those who see a little too much overlap between Chua and Rubenfeld’s superior cultural groups theory and the racist social philosophy of eugenics. I too feel uncomfortable with the essentialization of certain groups and am no fan of Jewish exceptionalism, or how it can backfire, either.

Still, there is one more thing that bugs me about this new book and it is the way Chua and Rubenfeld have hijacked the Jewish mother stereotype.

Not that I love stereotypes any more than I like the idea of making a list of superior races, but if we are going to be trading in stereotypes about Jewish mothers can we please go back to the old one because she is so much more likeable.

“The Triple Package” mother sounds like a cold and stern task-master who imparts upon her children a feeling of inferiority, chosenness and discipline. Yuck. The stereotypical Jewish mother is an endlessly doting, food-pushing, busy-body who wants their child to succeed, but not if it takes them too far away or makes them unhappy. She may not be the most open-minded woman, nor is she necessarily calm under-pressure, but she can be relied on for love, and unconditionally.

Of course most Jewish mothers are not either of these, but if one stereotype about Jewish mothers is being promoted out in the world I much prefer the loving one. And, for whatever its worth, I imagine that that love and the sense of security it provides is a factor in creating well-adjusted children, even if Chua and Rubenfeld left it off the list.