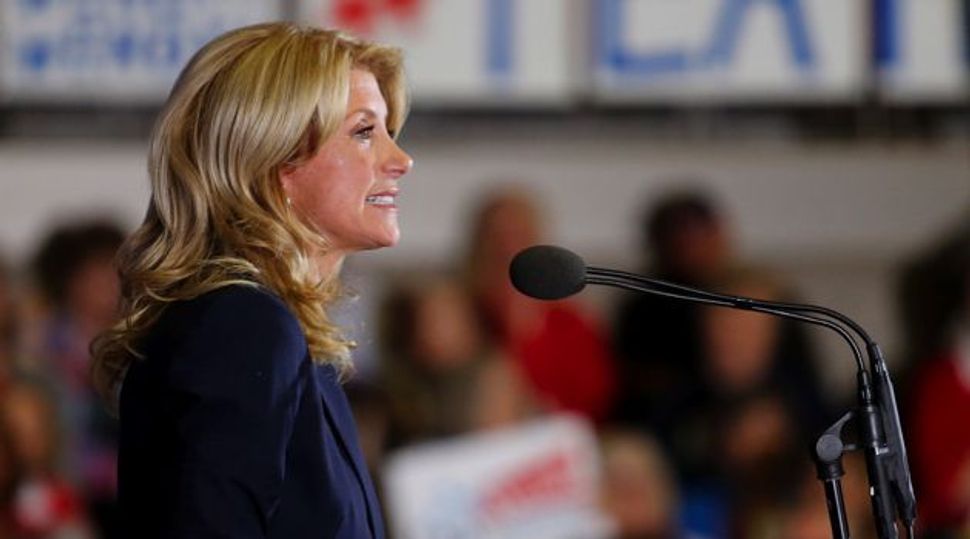 A new year has brought with it the growing realization that in America, access to abortion is slipping and slipping away. It’s so glaringly obvious that you can access this trend in multiple different forms, from charts and graphs to quotes from national movement leaders to on-the-ground anecdotes.

So, in what medium do you want this information about eroding reproductive rights?

A report from the Guttmacher Institute,] shows the plain numbers. In short: there were 70 abortion restrictions in 22 two states last year.

The other side’s response:

A sober feature article in the New York Times broadly covers the trend of more restrictions, closing clinics, and an overall “turning point” for the issue. In other words, it’s about to swing back our way or get much, much worse. The story quotes the pro-life movement as claiming a victory:

“The anti-abortion groups, for their part, feel emboldened by new tactics that they say have wide public appeal even as they push the edges of Supreme Court guidelines, including costly clinic regulations and bans on late abortions. “I’m very encouraged,” said Carol Tobias, president of National Right to Life. “We’ve been gaining ground in recent years with laws that are a stronger challenge to Roe.” “I think it is more difficult to get an abortion in the country today,” she said.

And then there are the kinds of places that suffer the most from abortion restrictions: rural, impoverished areas that are now back to pre-Roe levels of desperation.

Take, for instance, the Rio Grande Valley, which lost its clinics after the Texas Legislature finally passed HB 2, the bill Wendy Davis filibustered, and it was signed into law.

Lindsey Beyerstein visited the area to report on the aftermath of HB 2. She quoted local Ob/Gyn Dr. Lester Minto on what he has witnessed since the bill past:

Minto estimated that by mid-December, he had seen about 200 women since the law went into effect and that roughly 100 of them returned to have him complete their abortions. “I hope our politicians are made aware of how many girls are self-aborting in the Rio Grande Valley,” Minto says. “This law is backfiring.”

The Fifth Circuit Court is currently mulling over whether to uphold HB 2, Andrea Grimes reported a seemingly unsympathetic bench at the initial hearing. She noted:

Texans seeking abortions in the Valley face a ten-hour round-trip drive to San Antonio or a six-hour round-trip drive to Corpus Christi to obtain the procedure legally. But the judges appeared largely unconcerned about HB 2′s effect on Valley residents, who are among the poorest in the country. Judge Edith Jones, who in 2012 upheld the state’s mandatory pre-abortion sonogram law and repeatedly referred to Texans who seek abortions as “mothers,” said during the hearing that the highway connecting the Rio Grande Valley to San Antonio is a “peculiarly flat and not congested highway.”

As goes Texas, so goes the nation? Let’s hope not.