Why Woody Allen Fans Should Stand Up for Dylan Farrow 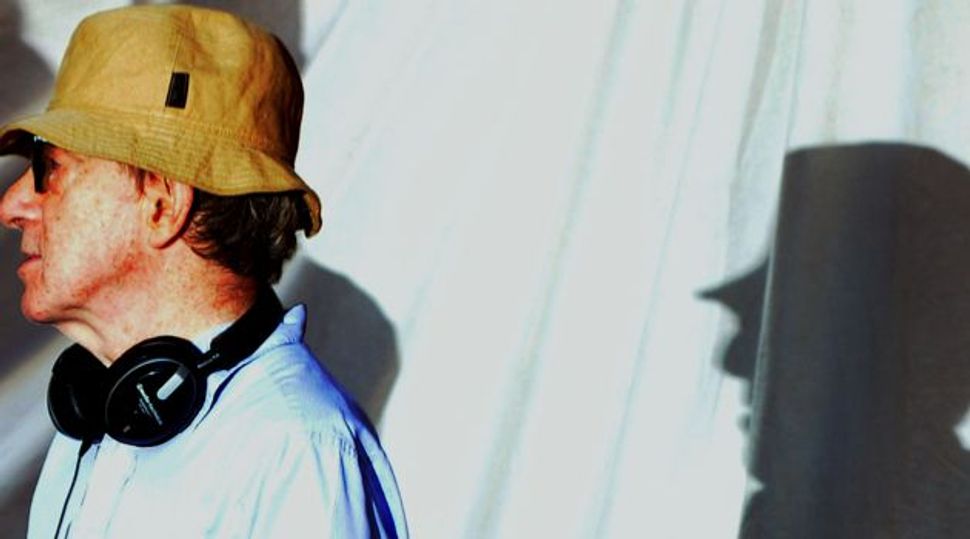 Since Woody Allen’s stepdaughter, Dylan Farrow, has come forward with a harrowing story of childhood sexual abuse at the hands of the lauded film director, an obvious impulse for fans of Allen’s work is to focus on our own moral quandaries. “Uh-oh. Can I ever watch ‘Annie Hall’ again?”

Whether or not to applaud art that’s “tainted” with immorality makes for a deeply compelling philosophical dilemma. Ezra Glinter and Elissa Strauss detailed their own concerns with writing and thinking about Allen beautifully here at the Forward. Writ large, I’m obsessed with this topic myself; my graduate school lecture included an elaborate infographic weighing how I valued famous novels on a pure aesthetic level vs. how offensive I found them morally.

I am damn good at separating art from its creator, and I admit to being kind of proud of this, seeing “great art which makes us human” as in a separate realm from my hallowed social justice principles. If art is a halfway point between consumer and creator, say I, than even the most depraved creator can’t erase the value of his work once it exists in the world.

Perhaps, as Elissa Strauss said so perfectly, my ability to compartmentalize like this may arise from my Jewish upbringing, a mixed legacy of assimilation and affront (Josh Lambert’s new book, “Unclean Lips,” chronicles how American Jews crusaded in favor of “obscene” art as a way to find mainstream acceptance.)

I was raised to appreciate many Nazi sympathizers, wife-beaters, smut-peddlers and so on as great artists but to never forget their flaws; Dickens/Fitzgerald/Wharton/Pound/T.S. Eliot hated the Jews, the darn anti-Semites, but boy, boy could s/he write. This attitude necessarily extends to our own — the Philip Roths, the Woody Allens.

We admit that they’re misogynistic, maybe even creepy in Allen’s case, but they turned our oppression-bred neuroses into relatable tapestries of existence, so we celebrate their work. Like many American Jews, I grew up on Allen films, watching them with my parents and friends in the very neighborhoods and theaters depicted by the films themselves. And yet when we saw Allen on the street, the response was, “What a horror he is.”

As many recent critics have noted, many of us fans may lose our enjoyment of these films now that we have read Farrow’s words. But we can grapple with that question until the end of time.

Right now, I suggest we turn away from our own moral dilemmas. Instead, a young woman has spoken out, and it would require contorting ourselves into knots to deny her testimony. So not despite, but because of my staunch belief about art vs. artist, I see zero reasons to be ambivalent about Allen’s accuser or about how to behave. There is one just course to take, I believe, and that to is stand up for Dylan Farrow and against the rape apologists and victim-blamers who are piling on against her.

If you’re going to separate the artist from his work, as I pride myself on doing, you also have to separate the work from the artist. In other words, if Woody Allen being an accused abuser doesn’t automatically render “Annie Hall” a bad movie, then the inverse is also true: “Annie Hall” being a quality film doesn’t absolve Woody Allen from being an alleged child molester. I make that distinction so the knee-jerk defenders are forced to make it, too. You like Woody’s work? So do I. But there is no need to pit the value of a script directly against the value of a young woman’s stated truth. We are, we must be, discerning enough to see the difference. And the stories of victims deserve a fair airing without being smeared, questioned, or the survivors blamed.

My heritage includes Woody Allen films, but it also, sadly, includes rape culture. And though I hope Allen’s comedic legacy will be part of my kids’ lives, I badly want them to live in a world where abuse victims are supported by society and their abusers no longer protected.

To end rape culture, we must vigorously question our own allegiance to powerful, talented men at the exclusion of the people they allegedly hurt. We self-styled cultural sophisticates may be ace at sifting the artist out from the creation. But that’s not enough. If we aren’t going to be hypocrites, we have to hush the din of applause to let victims’ voices through.

Why Woody Allen Fans Should Stand Up for Dylan Farrow