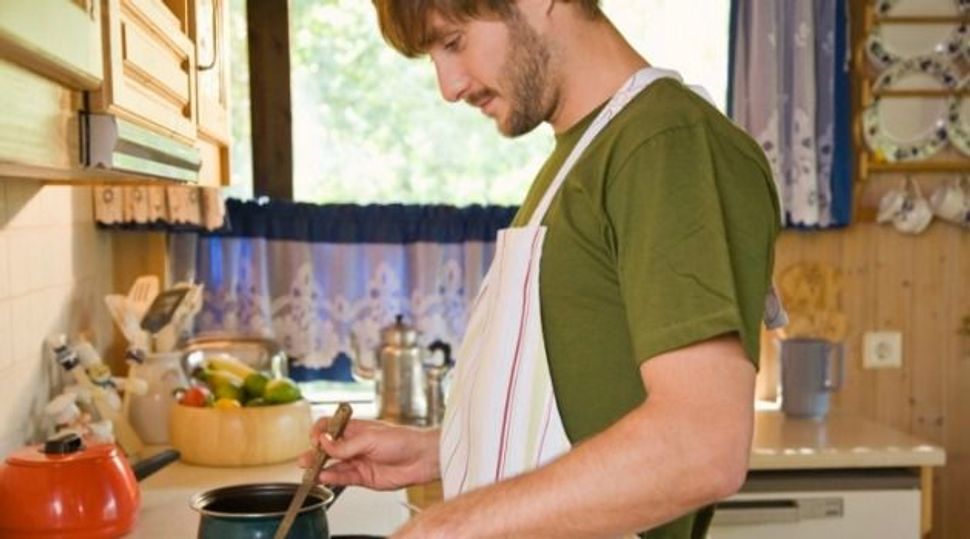 There was a whole article about how the more equal a marriage is the more sexless it is by Lori Gottlieb in the New York Times and it didn’t quote one woman in her late 20s or early 30s — the generation for whom equal marriage is most institutionalized. So, Gottlieb, here is what one of us thinks.

When I see my husband in the kitchen cooking it isn’t sexy, like women’s magazines of yore used to proclaim. But nor is it unsexy. Instead, it is just my husband, in the kitchen, cooking, because that is something he does. There is no thrill derived from relief. There is no husband-neutering identification with cooking as feminine. Just a man, making some lentils, because they are easy, healthy, cheap and good.

Gottlieb owns up to the fact that the study upon which her thesis is based on research done in 90s. Yep. Nearly two decades ago a man in the kitchen surely had a different valence than today. Whether or not it really made him less sexy back then I don’t know, but I think we can all agree that equal marriage today looks and feels a lot different than it did two decades ago.

For us late Gen Xers, early Millennials, there was never anything novel or surprising about equal marriages. The fact that we would be peers and not subordinates of our spouses was always a given. But, and this is a point Gottlieb seems to miss entirely, sameness and equality are not synonymous, something Tracy Clark-Flory points out in her terrific piece on the article over at Salon. Ultimately, Gottlieb’s thinking that being in an equal marriage means you are like siblings or gal pals reveals a very shallow understanding of difference, one that ignores our often irrational, if not rather untamed, internal selves.

A couple can share responsibilities and believe they should support one another’s personal and professional ambitions without being the same person. Even if they both like jazz, baseball and shrimp tempura rolls and take turns doing the laundry, there is still an ocean of potential differences in terms of temperament and proclivities, inside the bedroom and out.

Sure, equal marriage is not without its drawbacks, the main one being how frigging exhausting it can be. (Dividing labor is more efficient. And boring.) But surely in the long haul two partners, a little weary from self-actualization, is sexier than two partners living amid frustration and denial.