Wear Makeup, Get Expelled From School 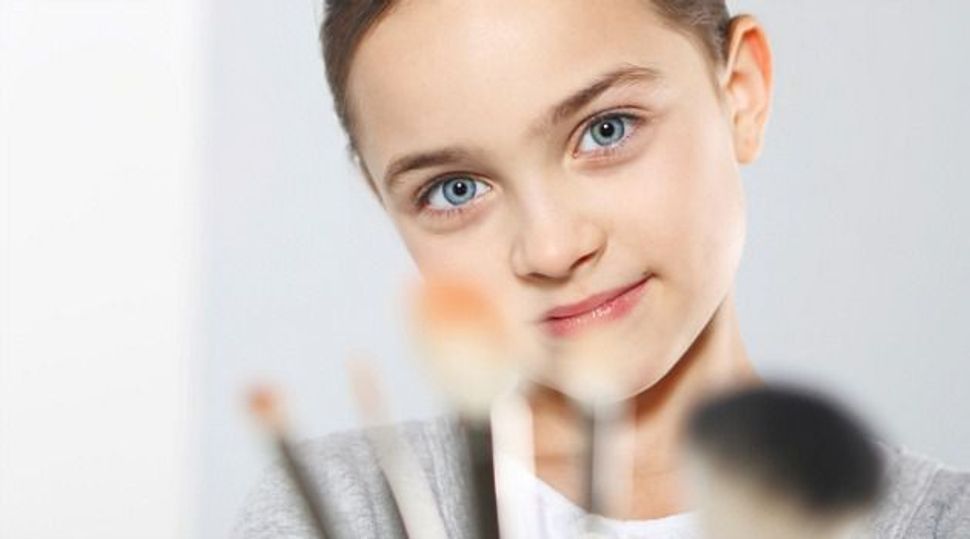 Last week, I reported that women who wear makeup are at a higher risk of developing breast cancer, according to the findings of the Satmar Rebbe, Aaron Teitelbaum, a highly revered doctor from the IOBW (Institute of Blame Women, in case you didn’t read it). Well, sure enough, as his son promised in an announcement of the finding, it didn’t take long for the ban on makeup to follow.

In a letter titled “A Time To Act For God,” the central authority at United Talmudical Academy of Satmar, the faction under the leadership of Teitelbaum, informed parents that makeup is banned for students. This letter, which was mailed to the parents of Satmar students, stated: “A student from our school, no matter what age, is not allowed to apply makeup on her face in any which way. This includes weddings of sisters, brothers, uncles, aunts, bar mitzvahs, tenoyims (engagement parties), etc.” This was immediately followed by a warning that any student who disobeys will be expelled, perhaps permanently, depending on the outcome of a meeting between her parents and the school’s spiritual advisors. 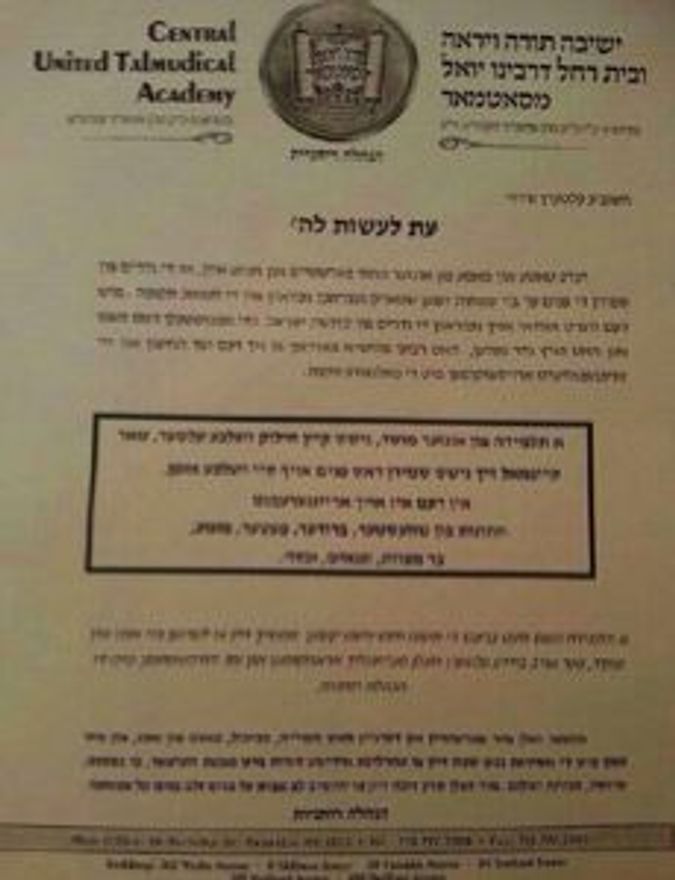 A reproduction of the ban on makeup letter.

The new prohibition, the letter said, comes as a result of widespread disregard as of late for the makeup restrictions already in place for women and girls on special occasions.

The assertion that young Satmar girls have modernized in recent years is entirely untrue. I attend nieces’ and nephews’ weddings every few months, and I have yet to see the widespread disregard the Satmar authorities speak of. If anything, girls have become more pious and modest in the past few decades as the community as a whole radicalized. Restrictions are constantly being updated, newly-married women are out-piousing their mothers by covering their wigs with hats and wearing thicker stockings, and this generation of Satmar students behave and dress more tznius than I ever had to growing up.

In my schooldays at Bais Rochel of Kiryas Joel, students never wore makeup in school, or they would be expelled in a heartbeat. However, in our teenage years, family occasions, especially siblings’ weddings, were an exception. A sister or brother’s wedding was the highlight of my year — a time to wear puffy silk and wool dresses, get my hair done professionally and wear makeup. I remember the excitement, how every female member of the family would allow herself a touch of light eyeliner and mascara to accentuate her eyes. I remember feeling all giddy when my mother gave her approval for the makeup artist to apply a dab of mascara on my lashes for my brother’s wedding. I wore a gold and navy mid-calf gown that looked like something Lady Mary from Downton Abbey would wear, danced all night and slept on my back so the mascara wouldn’t smudge. The next morning I proudly flaunted the remnants of the previous night’s occasion, much to my classmates’ envy. And they did the same when it was their turn. Everyone knew of the wedding so there was no risk of being expelled. To be sure, we were taught that the epitome of tznius was not wearing any makeup — that Jewish daughters have an inherent charm and beauty that does not require enhancement. We were to strive to emulate the pale faces of our bachainte (charmed) teachers, we were told.

We all internalized this message. I even had an ultra-pious teenage phase in which I swore to never wear mascara — a roundabout way of rebelling against my sisters’ behavior. A teenager likes to distinguish herself. But most students who were not from the ultra radical families adorned their faces at siblings’ weddings and on a more regular basis after they graduated school.

Now that’s all gone. Students will have no choice but to abide by this rule or risk expulsion. I cannot help but feel sorry for these girls who are growing up in an environment more radical than it ever was before in the history of Satmar. Restrictions, especially on clothing, are getting ever tighter, and the little opportunities I was afforded, such as working in an office, are now dwindling.

And now this — the ban on makeup.

My teenage acne called; it asked for its right to be hidden from public view.

Wear Makeup, Get Expelled From School