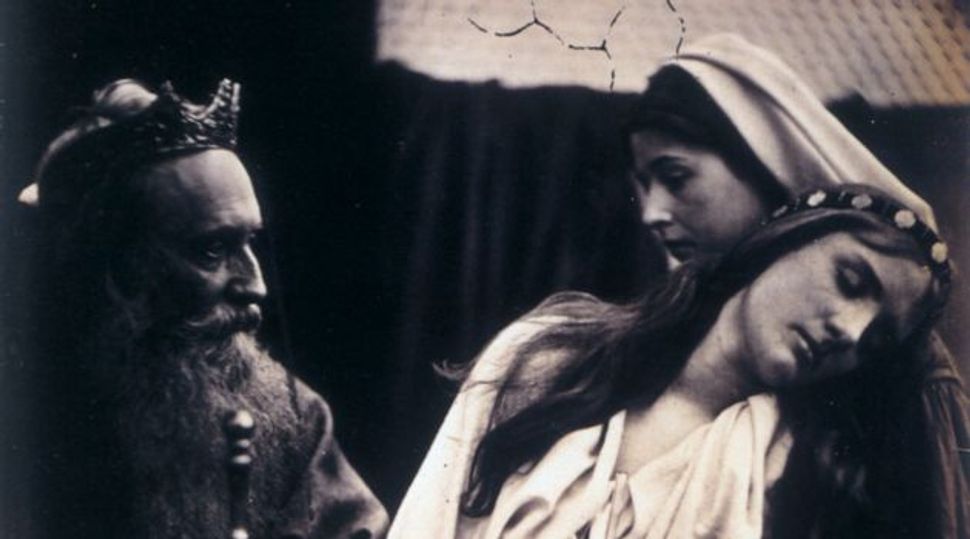 From Haifa to Dimona, women are gathering to unfurl the Megillah and let Queen Esther’s voice come through. The feeling, for me and every woman who participates, is that a woman’s reading brings the Megillah alive in a new way. When a woman reads the text, she gives the audience time to savor the dramatic elements in the story. It comes together like a novel. Esther was taken by force from her home with Mordechai and brought, essentially a slave, to Ahasuerus’s palace. By her beauty and strength of character, she rose to be queen. And who was Mordechai to her, anyway? Some commentaries say they were married, sacrificing their love to work for Jewry in secret.

The story should be thrilling, with its miracles and happy ending. The miracles should stand out in the mind, so that the final blessings and acknowledgment are meaningful. “…You have ever been Israel’s salvation, and their hope in every generation, to make known that all who hope in You shall not be ashamed, neither shall any be confounded who put their trust in You. …”

More often, the Megillah reading is a chore for the busy housewife, who has to run out to shul to hear it — in between managing a Purim feast at home, packaging and sending out Purim baskets, and possibly dealing with a husband who’s enjoying his once-yearly drunken celebration.

In too many congregations, the male reader rattles through the text as hastily as possible, conveying nothing of the drama, the comedy, and the tension of the Purim story. The women, sitting for once in the more spacious men’s section, focus almost painfully on their printed versions, in order not to lose a word. It’s delightful when a reader slows down and takes the time to inject a little humor or pathos into his voice. And the feeling, when leaving the synagogue, is one of relief. Whew, that’s over, now on to the next thing.

But nowhere in Jewish law does it say that women may not read the Megillah for other women. And so a quiet movement rose all over Israel: women reading for women. It has loose interpretations. Egalitarian congregations have men and women taking turns to read to a mixed audience. Orthodox women prefer to keep it women-only. What all have in common is that there isn’t one reader. There are several taking turns. Each brings her own accent and traditional melody to the reading, so that the audience may be treated to the Megillah in beautiful Yemenite, Moroccan or Yiddish-accented Hebrew.

Some groups require reading with cantillation. That means weeks of rehearsal to get every syllable, every musical rise and fall, perfect. And there are those who only require that the text be read clearly.

I asked several women readers what motivates them to read the Megillah. Each responded in almost the same words: women feel a need to take a greater part in ritual.

Helena Tibber, a retired computer programmer in Petach Tikvah, said, “I attended Orthodox services all my life. I sat behind the mechitzah like all the other women. But as I grew older, I started feeling dissatisfied. I needed to participate more. Reading the Megillah to women satisfies this need.” She adds, “Practicing the cantillation gives me insights into the text. For example, where certain tragic things are mentioned, such as Ahasuerus’s use of precious vessels at his feast; the commentaries say that refers to vessels looted from the destroyed Temple in Jerusalem. The melody changes there; it drops down. It’s identical to the melody used in reading Eicha (Lamentations). I work to help my audience be aware of the meaning, not only to hear it as a stream of Hebrew.”

Rachel Kessel of Afula sees the women’s reading as a way to encourage community activity. “Reading the Megillah is an outgrowth of my personal need for more space in religious life. But I began organizing women’s readings to attract women to services. My husband works with teens at risk, and I invite the girls to the Megillah readings. I’m reaching out to whoever is alienated or isolated from the mainstream.” Hagit Kefir, singer and music teacher, says, “My husband is a practiced Torah reader — he taught me the cantillation. I love knowing it. Every pause and comma is important to the meaning of the text, and over time, you discover nuances and even hidden meanings that you hadn’t noticed before. I’ve been reading the Megillah for about 12 years now. I have to take an active part in everything, that’s just my nature. It makes me feel distant to just sit and listen. When I read the Megillah, it becomes mine. The reading becomes something I created.”

Women also appreciate how female readers face them, unlike traditional men’s readings where all they see is a man’s jacketed back. And with entirely separate schedules, women can fulfill the mitzvah of hearing every word while the menfolk take care of the kids at home. “We can relax and expand into a space that’s not crowded,” says Kefir, whose readings take place in the auditorium of a community center in Petach Tikvah.

Perhaps the most influential leader of women’s readings in Israel is Rabbanit Malke Bina, founder of the Matan Women’s Institute for Torah Studies in Jerusalem. “Thirty years ago, there were no women’s readings. A student asked me if it was possible to start one. I checked out all the halachic sources and asked several rabbis about the halachic issues. When I was satisfied that it was an option for women, I organized women’s Megillah readings.

“A woman’s reading is so different from a man’s. It’s uplifting to sit up close and see how the Megillah is folded, hearing a woman’s beautiful voice, singing and connected. I enjoy that the reading is broken up into different sections and read by different women. It’s a better way of becoming conscious of the miracle that happened in the story.”

Rabbanit Bina insists that her readers know the pronunciation and melodies of the Megillah perfectly, although each in her own traditional way. “Personally, I attend one women’s reading, then also one family reading with my sons.”

Sandy Cash, a popular singer and actress living in Beit Shemesh says, “I’m observant, and work in musical theater. Purim gives me a chance to use my theatrical skills. I’ve been reading the Megillah for about 20 years.” Cash acts out the different roles when she reads, using different voices for each character. She sang me a few sample lines of text. Her Esther sings in a girlish soprano, while Haman’s voice is aggressive and scratchy and Ahasuerus sounds dopey. “It’s a lot of fun,” Cash adds. “But getting the pronunciation exact while you’re playing the roles is a real challenge.” As with many female readers, she learned the cantillation from her husband, a seasoned baal koreh. “The accuracy comes from him, and the theatrics come from me.”

With more groups forming across the country every year, Esther’s voice is heard as it was so long ago in Ahasuerus’s court: clear, melodious and female.