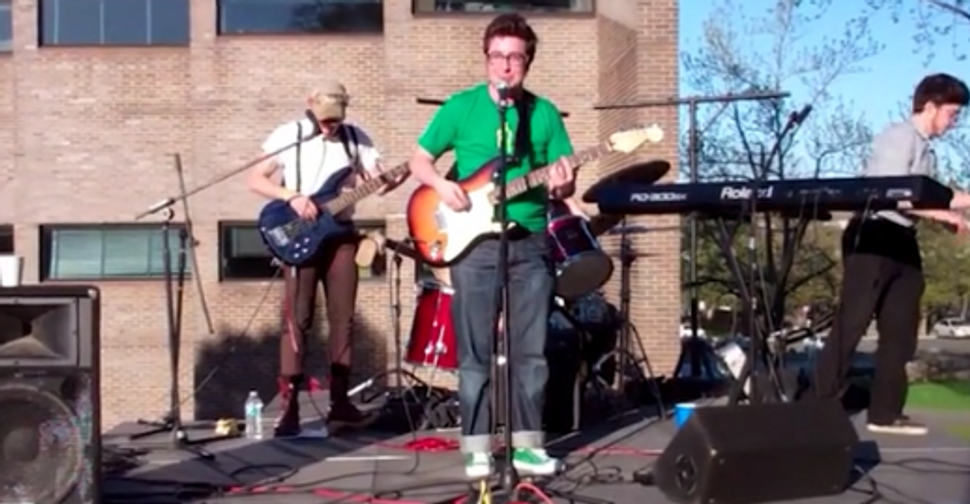 Schmekel was Brooklyn’s trans Jewish band. The group’s lyrics probed queer and trans identity to a klezmer/punk beat. In February, after three years of musical irreverence the group disbanded.

“Schmekel ended amicably,” drummer Simcha Halpert-Hanson said in an email to the Forward. “We felt finished with the project and wanted to pursue other life goals and endeavors.” The Forward caught up with Schmekel in advance of the publication of our “Transgender & Jewish” eBook, now available on Amazon.

Take a look at our video homage to the group.