Teaching Women How to Tie Tzitzit 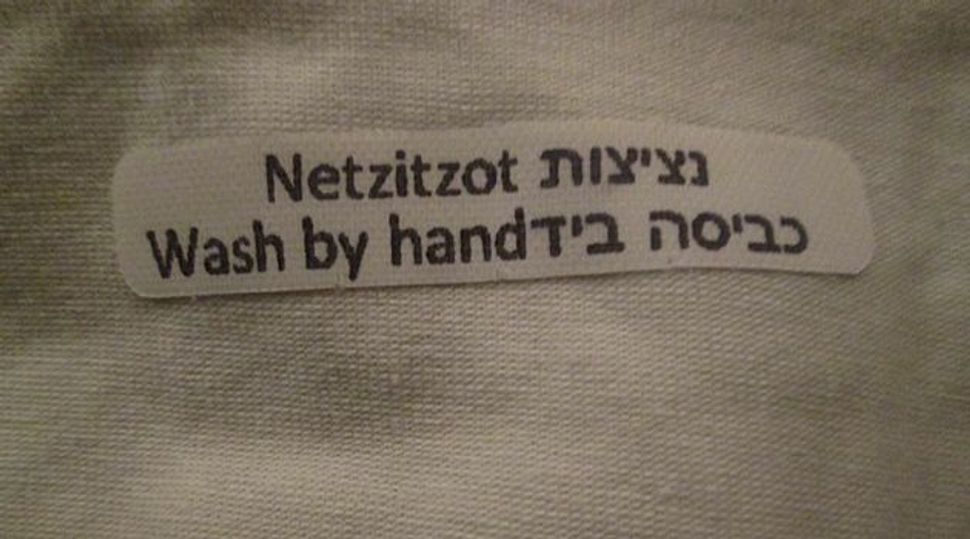 A few things about tzitzit: First, even when there’s a map of what to do in front of you, tying it looks like a completely nonsensical project if you’ve never done it before. Second, it’s difficult to get people to talk to you while they’re doing it. Finally, there’s nothing precisely like the experience of being in a room full of folks tying tzitzit who are very serious about it, and also very joyful.

On Sunday, March 23, Princeton undergraduate Maya Rosen, with help of friends and the JTS Women’s Center, convened a group of about fifty folks on the Upper West Side to tie tzit tzit. The event helped to launch Netzitzot, a new non-profit venture to create tzit tzit designed for women. Netzitzot’s web site (www.netzitzot.com) will launch in a few weeks, and it will take orders for tzitzit from those in the United States and Israel. Throughout the evening, workshops were led on how to tie tzitzit, which were available for purchase for $20, and various folks gave dvar torah about the mitzvot and its role in their Jewish observance.

Rosen, who’s been wearing tzitzit for three years and also makes it herself, has had a many conversations about wearing it, or not, with other women. “A lot of them felt like it wasn’t accessible to them,” she told me. “They weren’t wearing it for logistical reasons-it’s not designed to accommodate women’s bodies or women’s clothing. There’s no reason to expect people to know how to sew and tie it themselves, but tonight we’re taking a do it yourself approach to mitzvot.”

The response to Netzitzot has been overwhelmingly positive, said Rosen. “When I started wearing tzitzit, I felt completely alone, I thought it was going to cut me off from the Jewish community. I’ve never been so happy to be wrong.”

Netzitzot was in the works before the controversy about Orthodox day schools, women and tefillin took over the Jewish internet. I asked Rosen if she felt the project had been impacted by the events. “I think it’s part of a larger shift of the Jewish world being more open to women,” she said. “I’ve been pleasantly surprised… Recently, some guys at school said to me, “I’ve been really careful about mitzvot tzitzit since you told me about the project.”

In a dvar torah, JTS Rabbinical student Meggie O’Dell told her story of approaching her rabbi with a dilemma of hair covering. “He said, “I don’t want to hear anything about hair covering until you’re wearing tzitzit. One is a mitzvah, the other is not.” Once she was wearing them, O’Dell began to see that for many, the “feminization” (a woman wearing it, making it her own) of a ritual object meant one is “making light” of it. “There’s nothing intrinsically male about an object,” she said.

Overall, the evening’s emphasis was on accessibility and community building. “It’s remarkable to share a space with people who feel like this is an important project,” said Avital Morris, a University of Chicago undergraduate, who helped Rosen organize the event. “Although,” she added, “I think people who are drawn towards egalitarianism were amazed by Rabbi Schachter and it motivated them to be here.”

Teaching Women How to Tie Tzitzit