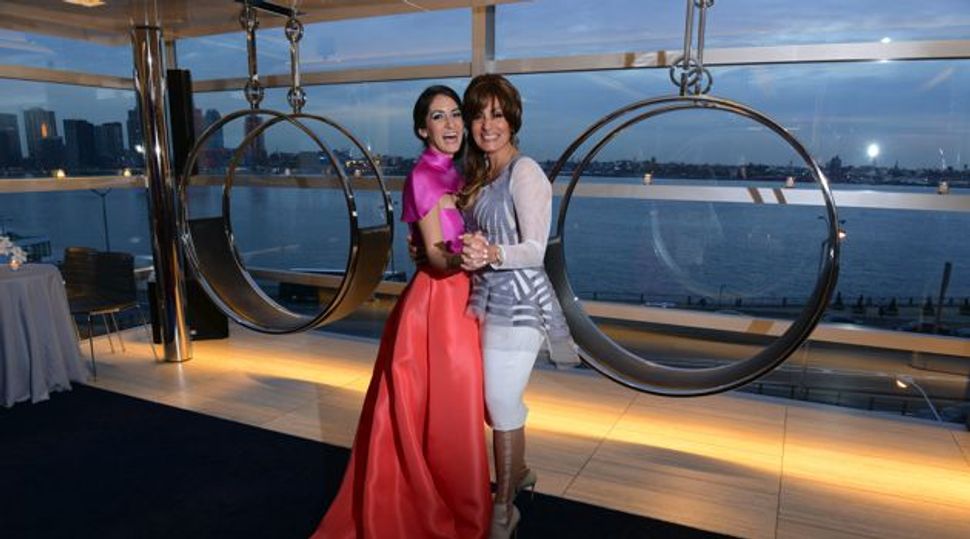 The author and her mother // Courtesy of Laura Harari

This Mother’s Day, I’m getting creative with my flower arrangement. I’m filling it with kale. Not only does it top the list of the trendiest vegetables of 2014, it is also a tribute to my mother: a slim, tall, Jewish Sofia Vergara, who was way ahead of her time. She was a passionate advocate for kale in the 90’s, long before it was used as both an appetizer and a centerpiece at this year’s Oscars Governors Ball. Back then, my mom made a convincing case for the green leafy power vegetable, in all its antioxidant, iron, and high-fiber glory.

As her fluffy-haired, Brooklyn-accented, Jewish daughter, she had me involuntarily trained as a miniature health snob. Before I was old enough to read, my mom had me memorize the three evil ingredients to avoid at all costs: Monosodium Glutamate (MSG), hydrogenated oil and the devil incarnate, sugar. And that was all aside from having to look for the OU on packaged goods as we ate a strictly kosher diet. I recited my mother’s crazy health-food mantras like a well-trained organic-eating parrot. When my nursery teacher offered me a can of Coca Cola, I asked: “Did you know Coke can take the paint off of a car?”

I soon got tired of being the obedient nutritious daughter. I’d dream about the day I’d be old enough to live on my own and be free of the shadow of sugar-guilt that followed me around. I pictured my future self skipping through my local supermarket, the sound system blasting Aaron Carter’s “I Want Candy” while I threw heaps of chocolate, cookies and cereal into my shiny red cart. I’d finally understand what it feels like to be free. Maybe I’d even become the sixth Spice Girl. They’d call me Candy.

In high school, I rebelled. I found excuses to stay in school, away from the watchful eye of my health-obsessed mother. Late nights at volleyball practice involved shameful pig-outs at the vending machine, leaving me dizzy after overdosing on Sour Patch Kids. I began having nightly cravings for a cold glass of undiluted Tropicana orange juice, which may sound healthy to you but 22 grams of sugar per serving gave me a rush. I became a full-blown sugar-addict.

I had put on 10 pounds, I was moodier than ever and my face was covered in acne. When I’d picture how great life would be if I didn’t have to worry about my skin, instead of an image of an airbrushed supermodel coming to mind, I’d picture my mom. Joy Harari: the beautiful, youthful mother of five who watched both of her parents die in their sixties of cancer brought upon by a lifetime of poor health choices. She dedicated her life to ensuring her family ate well. I realized she was a walking example of what a healthy woman looked like.

It took too many constipation episodes that coincided with the bagel I ate for lunch that day, patterns of dandruff that correlated with a sugar relapse period and going through tubes of MAC cover-up during dairy bouts for me to see the connection between the food I ate and how I felt. Now that I finally live on my own, my supermarket list is identical to my mother’s: probiotic-filled fermented sauerkraut, organic produce, grass-fed organic kosher beef and free-range eggs.

I finally appreciate the love that was behind my mom’s notorious sugar glares and kale-infused dinners. It was a love so much more powerful than the brief placating satisfaction of a sugary lollipop that so many parents resorted to.

Though it may not be the most exciting Mother’s Day gift she’s ever gotten, I know my mother will appreciate the deep, heartfelt significance behind her kale arrangement. Knowing her, she’ll probably take it apart, massage it with extra virgin organic olive oil and feed it to her grandchildren. After all, a mother’s work is never done.